A producer of Comedians You Should Know and former comedian, Michael Sanchez studied improv at the UCB Theatre in New York City, and began stand up in Chicago in 2006. He has performed all over the country, including Bumbershoot in Seattle, as well as The Seaport Music Festival in New York City. He even once had the pleasure of opening for Tracy Morgan. On the last Thursday of each month at the Logan Theater, Michael co-hosts and produces the I Sh*T You Not! show and it’s weekly “Poodcast” featuring real-life tales of failed restraint and bodily blunders. Michael is also a film maker, and his videos can be seen on the CYSK website, CYSK’s Youtube, as well as his own Vimeo and YouTube.

In this interview, Michael talks comedy, sharing advice on how to get booked for CYSK, and what it takes to run a successful room. CYSK is celebrating their 7 year anniversary show tonight at 8:00 & 10:30. Enjoy!

TALKIN’ SHOP
What are some advantages to starting your own room?

I think having a home room—whether it’s an open mic or a showcase is super helpful as a comedian because you get to stretch and work out material, experiment, figure out who you are, and develop as a comic. On another level, starting your own room is cool for building community, meeting other comics, and getting known in the scene.

In the beginning, how did you feel about having the show at Timothy O’Tooles?

It’s weird, when we first looked at the room, I was against it. I didn’t like how it was downtown, and...I thought the room looked like a piece of shit. [laughs] It took me a little bit to wrap my brain around what the room could look like and it’s potential. But, Danny Kallas was like, “Na, it’ll be great!” And we essentially built a comedy club inside this bar’s basement. When you walk in there, for one night it feels like you’re walking into a comedy club. I’m happy with it.

From a producer’s perspective, what do you think makes CYSK so successful?

I wanted the quality of the show to be unlike anything that I had seen when I first moved here. The shows I had seen were in dingy basements, they had no lighting, terrible sound systems, a tiny stage... So when we first started CYSK, I insisted on good lighting, good sound, and a nice stage. I also insisted on building a logo and a brand, so that the show was just as important if not more important that the comedians themselves. I wanted people to instantly recognize the name and go, “That’s a great show! No matter who’s on it, they always book amazing acts.” 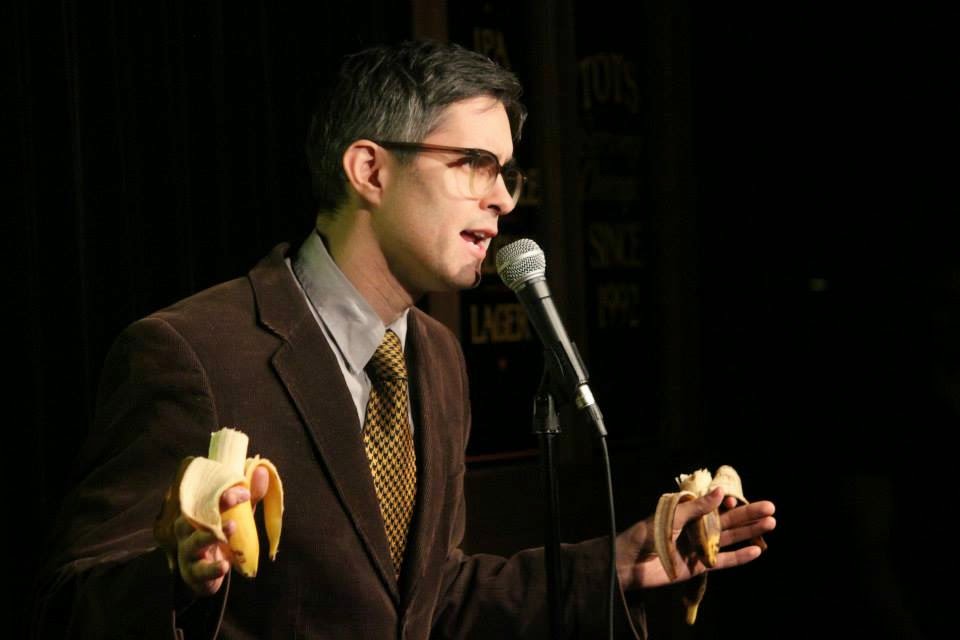 What does CYSK look for when booking comedians?

Me personally, I’m looking for originality. I want to see someone get up there and tackle subjects in a different way and from a different perspective from everybody else. We want consistency. We don’t want a comedian who’s a wild card, where sometimes they’re amazing, but sometimes they’re not. We can’t afford to risk our reputation on that.

How do you feel about showcases who only book their friends, or trade spots on each others’ shows?

A lot of people will say, “I’ll book you on my show if you book me on your show.” or, “Hey man, will you book me? I’m your friend!” And there’s nothing wrong with that, but it does make shows suffer. And one thing you CANNOT say about CYSK is that we don’t put up bad comics. In the beginning we lost a lot of friends, and people would shit talk us because we didn’t book them, but we’ve stood the test of time.

You also produce a storytelling show & podcast. What are they about?

In addition to CYSK, I Sh*t You Not! is a storytelling / comedy show that I produce with Monte LaMonte and Seth Davis. It is a live show that deals with embarrassing and humiliating stories. We have everything from “The time I shit my pants on the way to a job interview” to “The time someone gave me the Heimlich Maneuver in a restaurant, only to realize I wasn’t even choking” or even “The time I hired a prostitute and she shit in my bed”. [laughs] Those stories are then recorded and released on the weekly podcast. Aside from CYSK, it’s one of the funniest things I’ve ever been a part of.

What do you look for when book someone for the I Sh*t You Not! show?

It’s really less about consistency or comedy chops, and more about the story. And aside from booking people from the comedy world, there is a huge storytelling scene in Chicago. So, we also like people who frequent shows such as The Moth or the RISK! podcast. We also round it out by bringing in regular people that we may just meet and talk to, and find out they have an amazingly crazy story.

What are some of your personal favorite I Sh*t You Not! Stories?

Seth Davis has a story about the time he went down on a girl, and realized in the middle of it that she was on her period. But when he confronted her about it, she denied it only to find out that he had a bloody nose. [laughs]

Also, Matt Riggs was at CYSK and he told a story about how he was on an exercise bike, and the seat fell off which inadvertantly caused him to cut his scrotum. [laughs] And his mom who I think is a nurse, had to take a look at it before going to the hospital. And then, at the hospital, his mom fell off a chair and broke her leg. It was just a crazy disaster story that I heard him tell at CYSK, and after that I made him come on the show to tell that story.

If you’re reading this, and you get nothing else out of this interview, you have to hear the Ben Roy I Sh*t You Not! episode. He tells a story about the time he went to summer camp, but they didn’t have restrooms, they had out houses. And he was super neurotic, so he decided to hold it in—for an entire week! It’s probably one of my favorite episodes of all time. 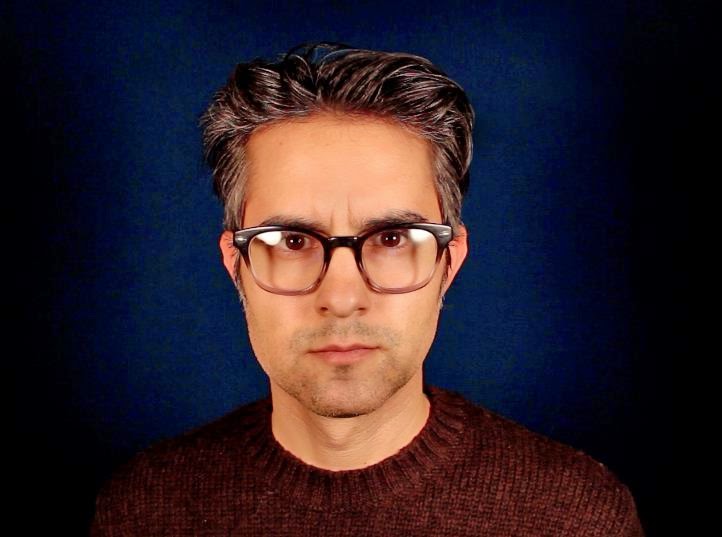 Why you don’t do stand up anymore?

A few years ago, I took this silent meditation course. [laughs] It sounds kinda weird, but I went to a meditation center outside Rockford, IL. It’s a specific kind of meditation known as Vipassanā, where you go away for 10 days and you literally don’t talk the entire time. You’re meditating for like, 11 hours a day. All you do is basically eat, sleep, and meditate. At that time, I was going through some shit. I had never meditated before, but it blew my mind. When I got out, I had this overall life-clarity. I came to the conclusion that even though I enjoy stand up, and I appreciate it on all these levels, I’m just not a stand up. I’m more of a producer, film maker, song writer. So, that’s when I decided to put performing aside, and stick with producing shows and concentrating more on making films.

What are some films that we can check out?

If you are ever on the CYSK website or on CYSK’s Youtube, I do all those videos. For I while I was doing a series called The Heckler Diaries where I would shoot comics talking about their worst heckler experiences. I also have more videos on Vimeo and YouTube.

These videos are great! What is it about film that fascinates you the most?

I love film so much. It’s kind of an amalgam of every art form: writing, acting, music, dancing, photography—EVERYTHING is engulfed with film. It’s amazing.

Don’t worry about specifics. It’s more important to START a project. Just don’t think about it too much. Just dive in, and figure it out as you go along. The most important part about beginning a project is simply BEGINNING it.