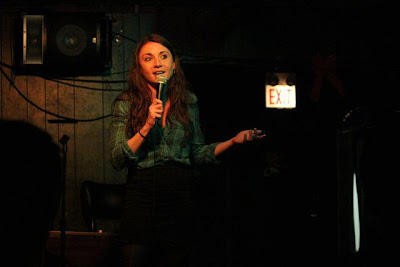 I was just out of college and into comedy when I started working with mental illness. A typical twenty-something in social services, I spent the next two years chasing crazies during the day and stage time at night. I'd be in jails, psych wards, and shelters trying to turn bed bugs and psychotic threats into food stamps and subsidized housing, all after drinking at open mics until 3am. I'd monitor a 24 hour crisis line while betting Jameson shots over which comic could do a better karate kick.

I managed all this with weed, adderall, and Mc Donald's breakfast addictions, until it became less of a day job and more of an exercise in professional hypocrisy. If I was successful at anything it was constructing a life surrounded by insanity. 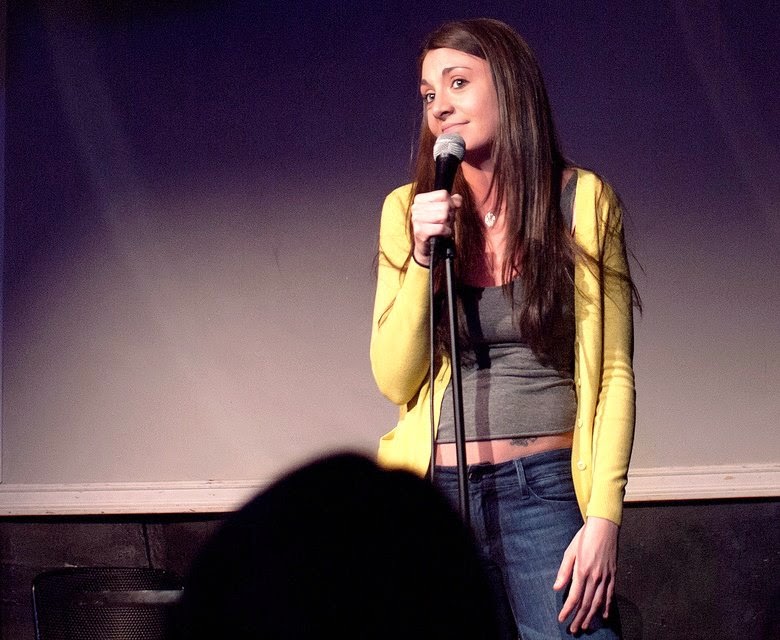 As I got serious about comedy, my interest in the mental illness of others shifted to my own. I was
curious about what kept me and my peers doing this to ourselves night after night. The more I did stand-up the more I defined myself as a comedian on the basis of not being able to stop. Sure, there are other fun symptoms like addiction, insomnia, and impulsivity, but the inability to do anything else is what primarily plagues us. I soon saw stand-up comedy is mental illness at its best. It's a beautiful blend of energy, emotion, and anxiety all editorialized for the enjoyment of others. There may be overlap with existing ailments, but it is the unique combination of comedic compulsions and neuroses that is deserving of a diagnosis all its own.

Diagnosis
Comedians are all afflicted with a personality disorder that drives our pursuit of impracticality. Personality disorders can be broadly defined as fixed fantasies, where a person functions with core beliefs that result in behaviors different from the norm. Unlike chemical imbalances which cycle in severity, the symptoms of a comedian remain constant. Attention seeking behavior, difficulty in relationships, and the inability to self regulate can all afflict comics, while falling under existing diagnoses like narcissist and histrionic personality disorder. But the engrained goals of a comedian combined with a stimulating environment creates additional symptoms that can be defined as Comedian Personality Disorder (CPD). Like most personality disordered individuals, our behaviors are inflexible and we exhibit little willingness and ability to change.

CPD can be more specifically defined when divided into the following types: 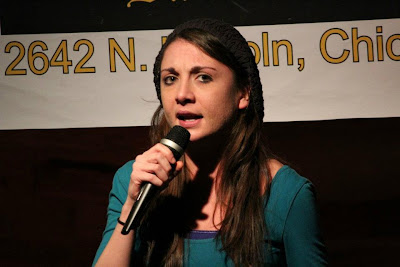 Napoleonic: You do not have to be short to fall under this diagnosis, but some experts (i.e. me) suspect that having a small penis does not help. The main symptom is the preoccupation with the success of others to such a degree that you are deemed an asshole. They operate with the belief that comedic success is finite, and one person's good fortune can somehow inhibit their own. These comedians have the capacity for being funny if they can avoid allowing their feelings to distract from writing innovative jokes about their tiny dicks.

Grandiose: This kind of comedian is plagued by seemingly absurd declarations of delusional success, without the skill or execution to legitimize it. At best, they are endearing in their pursuit of opportunities out of reach. At worse, they come off as climbers willing to misrepresent open mic sets as Letterman credits. This type often evolves out of comedy or into a diagnosis with more self awareness. They can potentially become good comics if they are able to harness the fearlessness and earnest idiocy that made their peers hate them in the first place. 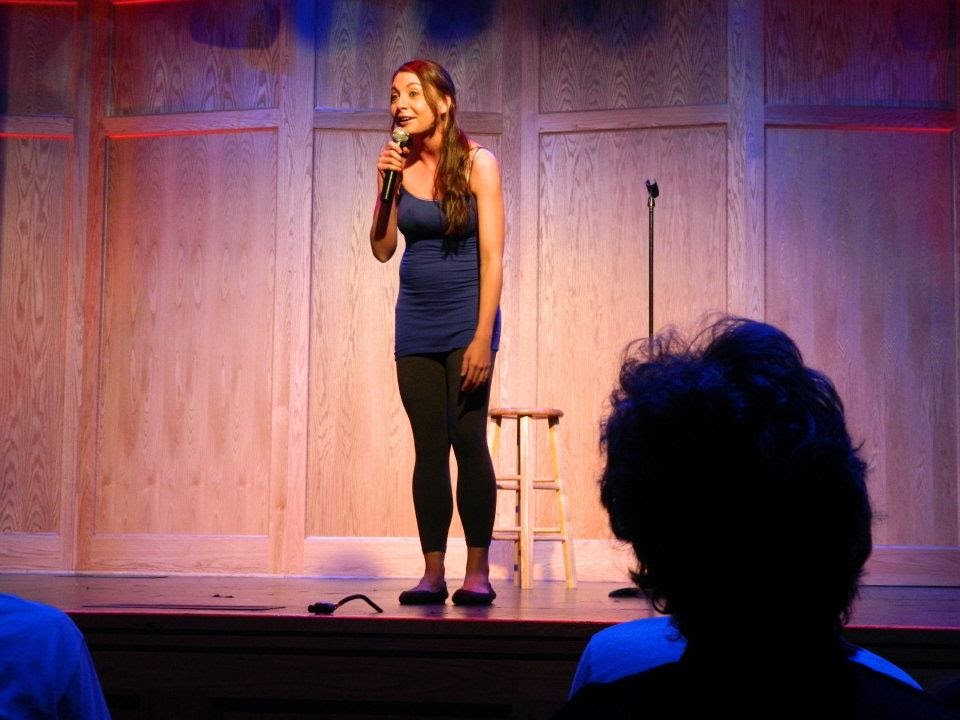 Semi-social: Antisocial would describe these individuals best if antisocial personality disorder was not the existing diagnosis for sociopaths. Comedians may exhibit similar manipulative, malicious behaviors without remorse, these are not the defining characteristics of this subtype. Instead less rapey symptoms emerge due to environmental factors, most commonly social isolation from road work. Such comedians find themselves going for long periods of time only interacting with audiences, waitresses and traffic, and overtime develop a set of social limitations akin to to Anne Frank. Such circumstances can contribute to success as a result of a great work ethic devoid of distractions. It can also result in a porn addiction.

Hyperbolic: Feeling like I fall primarily under this diagnosis, I will attempt to define this briefly without bias: We are giant assholes. These comedians function in an emotional paradox, seeming volatile in inane situations, while under reacting in sympathetic situations. More likely to cry in a McDonald's than a funeral, we create emotional shit storms to navigate through using only our sensitivity and self absorption as tools. We exhibit little willingness to change, seeing our actions as a creative means to some end other than all of our interpersonal relationships. We are capable of being funny in a vulnerable way, if we can avoid crying on stage and murdering hecklers.

Treatment
While comedy can cause most of our problems, stopping it is not the solution. If you want to see a comic at their worst, isolate them from writing, performing, and interacting with funny people for a week. This is how we make monsters. Comedian Personality Disorder cannot be treated with pills, despite the fact that most of us love drugs. Therapy has shown to be effective treatment, but comics are rarely capable of utilizing this resource. If we're going to pay a professional listener for an hour of time, we're going to work on our act and not our behavioral patterns. 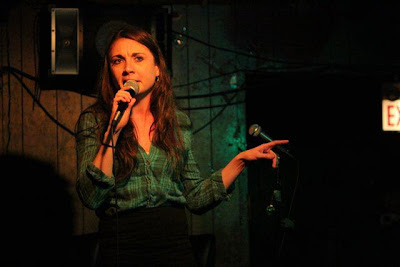 The best treatment I've experienced has been equally effective in feeding my disorder: doing comedy. Our world is consistently conducive to getting in and out or trouble. We do not seek to stop this cycle, but it helps to understand it. I explore the inner workings of my illness for my material and amusement, not to intentionally lead a healthier life. That has just been the bonus. The purpose is to always show off the fucked up cogs in our wheel in exchange for validating laughter and money. It's our mutated American dream that drives our growth and disorder at the same time, and the only hope for happiness is having insight about it.

Marc Maron is the perfect poster child for a comedian with insight into this illness. His podcast has both focused on and flourished from examining such short circuitry in a comedians brain. Maron describes his circumstances leading up to the show's start as rock bottom, so he got in his head (and garage) and talked his way out. And with the instincts of a skilled therapist, he did something equally genius in making other comedians do the same. His success should serve as motivation for comics to get to know our own kind of crazy. We're not going to start our own WTF podcasts, but trying to figure yourself out while being funny is a creatively rich process; not engaging in it is the unhealthiest thing a comedian can do.

Prognosis
The combination of insight, practice, and productivity can result in a comedian accidentally living a happy life in spite of ourselves. When I see idols like Louis CK talk about what a mess they use to be, it is no coincidence why he's at his best now. He evolved with his art and both areas benefitted. We should all work hard to improve ourselves as people, if only to improve our production at a mere minimum. The goal is not to become normal. Maron said it best in his keynote speech at this years Just For Laughs Festival: "The amazing thing about being a comedian is that no one can tell us to stop even if we should. Delusion is necessary to do this." The goal is to become better.