Piss & Vinegar is a monthly comedy show every second Wednesday at the pansexual nightclub Berlin located beside the Belmont red and brown line. What sets it apart is the co-hosting duo of Adam Guerino and Trannika Rex. Adam Guerino is the creator of Queer Comedy at Zanies which has over 3 years put queer and straight comics together for an all-inclusive standup show at the historic mainstream comedy club Zanies. Trannika Rex is the hardest working drag queen in Chicago with three weekly shows and two monthly shows that she books and hosts. For those who don’t get cable, a drag queen is a man dressed like a woman who is just like you except without feelings. Between the two of them, it doesn't matter if they hosted the Redneck Comedy Tour, it would still be the gayest thing you've ever seen.

On Wednesday March 11th, they bring the train-wreck back with guests Puterbaugh Sisterz, Natalie Jose, Kelsie Huff and Alex Seligsohn. The creators hope the all-star lineup of Chicago talent makes up for the back-alley production value. To talk about the next show, Adam Guerino and Trannika Rex exchange questions about the show, Carrot Top and VH1. 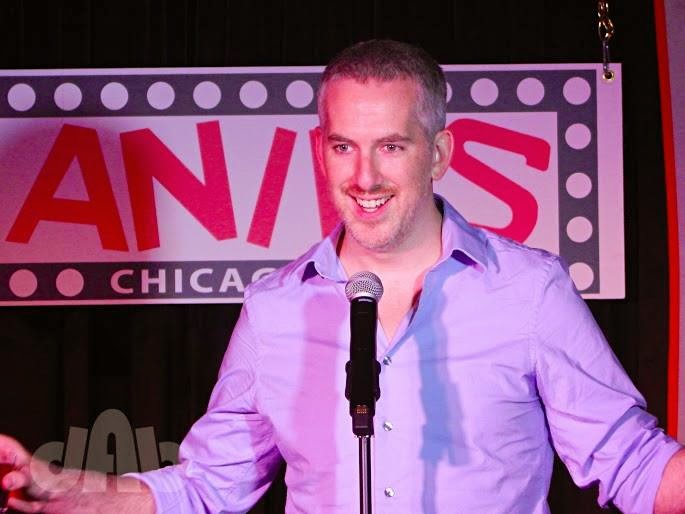 AG: This is the first comedy show you've produced, right? Has it been different than you expected?


TR: Comedy is more relaxed and I'm used to a super structured, flying by drag show where everyone is changing quick and and all of our dicks are out. I love the chaos but it's cool to just show up and not worry about my next performer needing me to stall because she has to reapply a nail.

AG: Since you wear a wig for your act, would you be considered a prop comic?

AG:: What has been your most and least favorite moments of Piss & Vinegar so far?

TR: The second show was slow as shit so that was annoying but we live in Chicago so I can just say the weather was bad that day and people give me the benefit of the doubt even if the real issue was a lack of talent. That was just a fluke, we're doing good again. One of my favorite moments was playing the Dating Game with my middle eastern friend and the whole game just turned into a series of Taliban bombing jokes because we aren't above that. 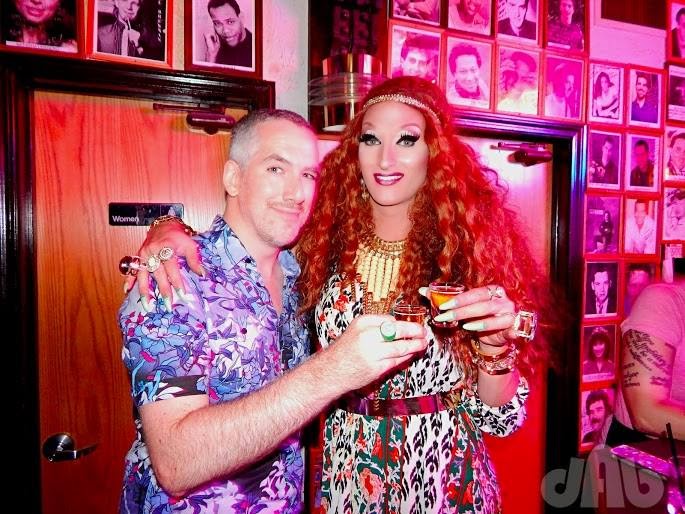 TR: What's your favorite thing that has happened so far at Piss n Vinegar?

AG: Generally, co-hosting with you has been really organic and exciting. Every show is kind of like going on a camping trip with an alcoholic step-mom who is trying to quit smoking. Nobody is ever sure what is going to come out of your mouth and that leads to some great moments between yourself and comics. Specifically, our first show had an audience member who plugged the toilet before the show. Stupidly, I pointed him out to you beforehand and you came for him during the show. After saying someone plugged the toilet, you’d find ways to point him out during the show. He’d walk up to the bar and get a drink and when his back was turned, you’d just emphatically point at him and mouth, “That’s him.” Everyone would laugh and he’d turn and you’d keep talking about Fireball or something and he’d have no clue.

TR: If we had even a sliver of a budget and you could bring in any comedian, who would you bring?

AG: As a new co-host? Anybody. Just kidding, girl. Kisses. I’d love to have Beth Stelling and/or Cameron Esposito. The two of them have always been some one of my favorite comedians but they were also cast members of a comedy show we did at Berlin years ago so it would be like a homecoming. A very homely homecoming. I mean, Beth was on Jimmy Kimmel last week and Cam gets royalties anytime someone uses the word “mullet” on TV. They’re doing really well and we can’t afford them but a girl can dream.

TR: If you were trapped on a desert island for eternity, which VH1 reality show would u watch on repeat?

AG: I think if I had all of eternity, I couldn’t name a single VH1 reality tv show. Although last week I did see my very first episode of Rupaul’s Drag Race. Now I can say with certainty that almost every drag queen is less of a monster than you.