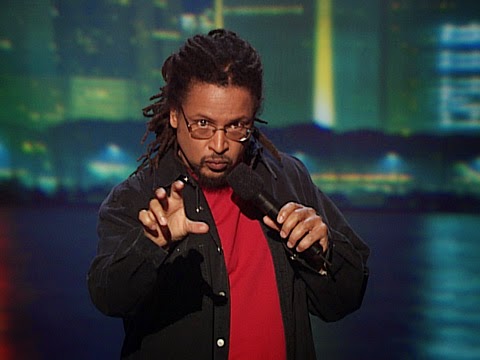 Dwayne Kennedy is legendary among the Chicago comedy scene. A major influence for comedians like C.J. Sullivan and Kyle Kinane, Dwayne Kennedy has quite the comedy resume: He was on Seinfeld and in the movie How High, along with appearances on The Orlando Jones Show and Totally Biased with W. Kamau Bell. He has performed on The Late Show with David Letterman, LateNight with Conan O'Brien, Jimmy Kimmel Live, Premium Blend, Comedy Central Presents, and he has his own comedy special on Showtime.

In this interview Dwayne shares his advice and wisdom about his writing process, performing on television, and what it was like to work with Jerry Seinfeld.

During your Letterman set, you were able to drink a glass of wine. You’re the only comedian I’ve ever seen do something like that. How did you get to do that?

Ya know what, I don’t know! [laughs] But since then, they haven’t let anybody do that, including me. That was my thing back then—I would go on stage with a glass of wine. Some things they used to let you do, and now they don’t. That’s just how it goes. Now, they won’t let you use a microphone, you have to use the hands free clip-on mic. So, get ready! Get your clip-on mic routine together! [laughs] 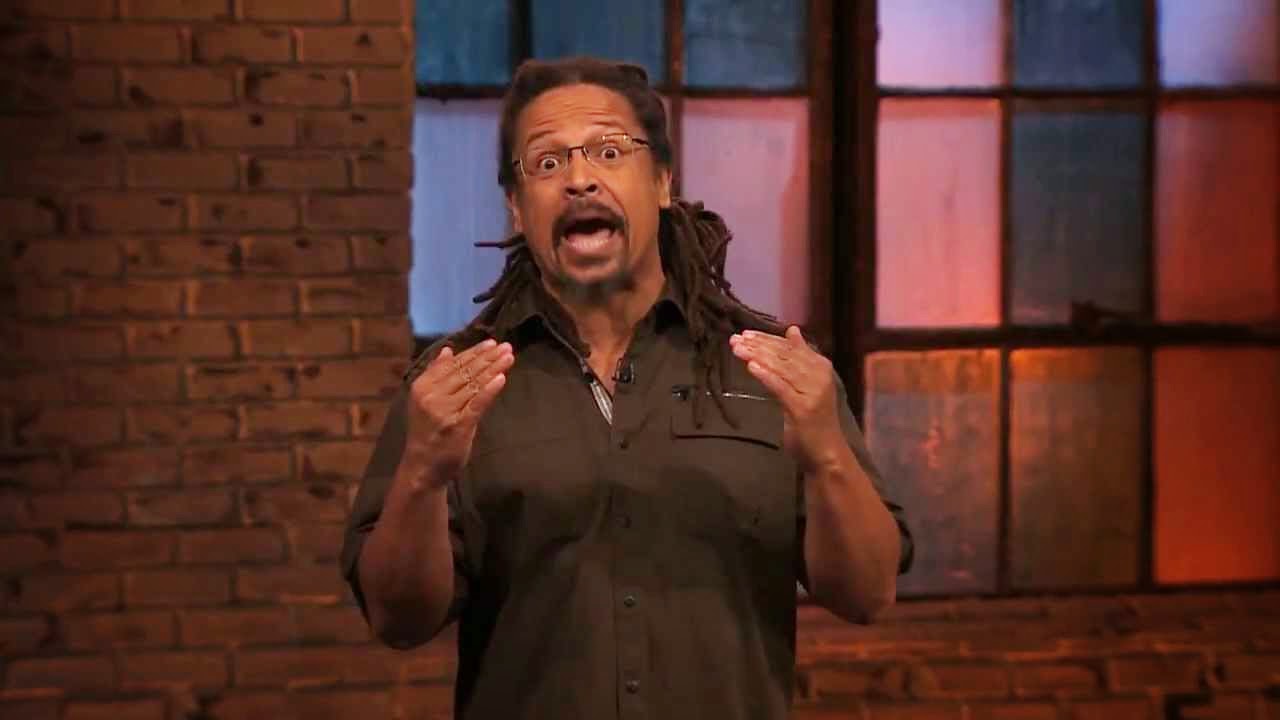 You were in a Seinfeld episode. Which one and what part did you play?

I did the episode called “The Stranded”, where Jerry, George, and Elaine get stranded at a party in Long Island. They made an agreement that if the party was boring, they would give each other a signal to rescue each other. So, I was one of the guys talking, getting them stuck in a boring conversation. It was the episode where Elaine goes, “Maybe the dingo ate yo baby!” [laughs]

Great! They were professional, it was great! It always helps when you work on a comedy show that actually has comedy in it. I was glad to be a part of it. And man, if I’d had known then what I know now, I would have done a lot of different things! [laughs]

You were also in the movie How High. How did that come about?

Initially, I was hired to write and do punch-ups for the movie, adding stuff in to make it funnier. When I did the Montreal Comedy Festival, one of the producers for How High was at the festival, saw me on stage and liked me, and offered me a writing job for the movie. I took the job, and then I was offered an audition to play a part for a scene I wrote. I auditioned and ended up doing the scene. 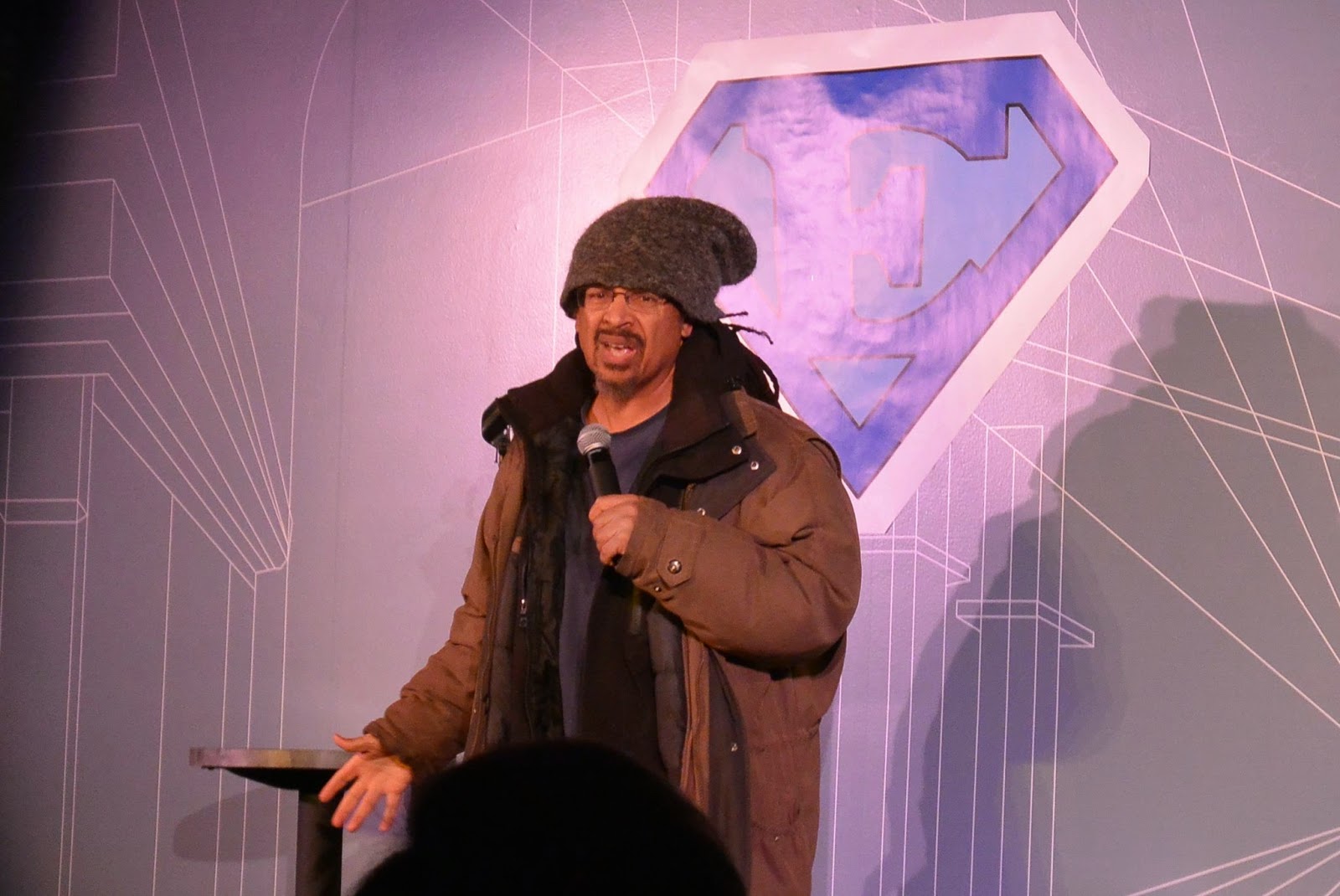 What were your goals when you got into comedy?

When I first started, my only goal was to get on television ONCE doing stand up. It would verify and validate to myself that I was a legitimate stand up comedian. That was my goal. And aside from that, my focus was always on me trying to get better. Trying as much as I could to compare myself to myself. But, sometimes that doesn’t always work—sometimes you see someone SO great, it just makes you wanna quit! [laughs]

Yeah, like when I watch you do stand up!

[laughs] Well, good! If I can just make one person feel clinically depressed and just end one career, I’ve done my job! [laughs] Na naa, I mean we’re all human beings. It’s hard NOT to compare ourselves to other people. But try as much as you can not to do that, ‘cause it just doesn’t lead to anything good. It just puts you in a bad place emotionally. 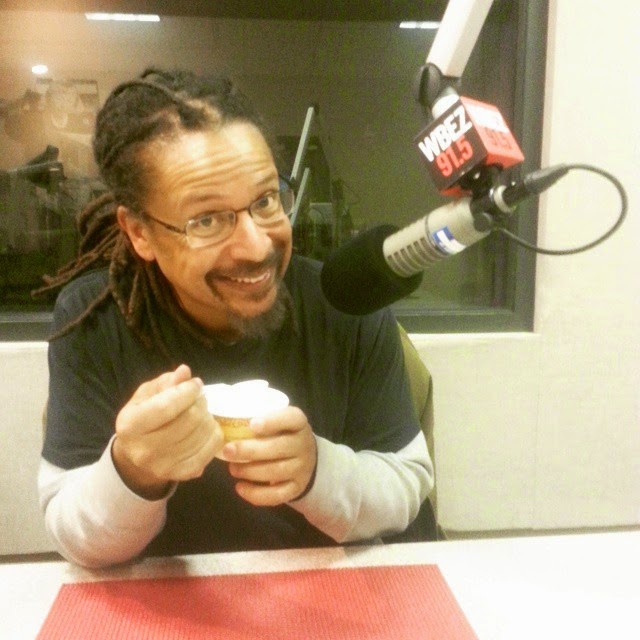 What is your thought process when writing and crafting a joke?

What is your thought process when performing a set?

What advice do you have for young comics?

Generally, go up and keep workin’ it. But, do what you’re able to do. It all goes back to what you want, and how bad you want to get there. There’s no blueprint. What works for me may not work for you and vice versa. It’s all about what your focus is. To some, getting good is secondary to being famous.

What is something you think comedians could improve on?

I think in this day and age with all the different media outlets and peoples’ attention spans being shorter, I don’t think comedians take the time to fully craft their bits. They either try something that works, or it doesn’t work, and that’s it. I have premises and bits that I started YEARS ago and I’m still working them out, trying to punch them up.

How long is too long to be doing the same joke?

I know some comedians that just like to turn their material over entirely. But, everybody has their own pace. You can have certain topics or bits or routines that, as time goes by, you punch it up. You learn better how to extract the humor from it. Or you add to it something that builds. 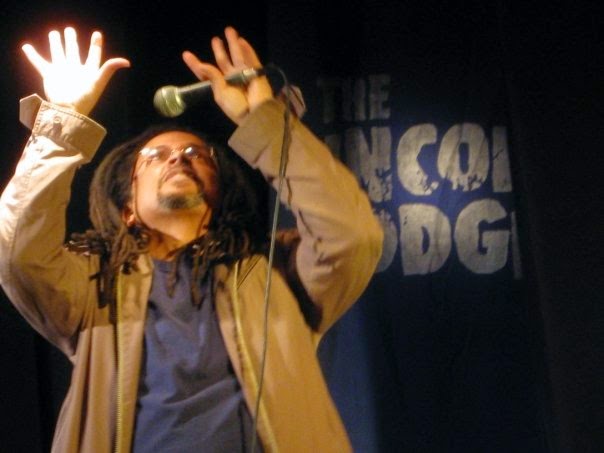 How far along were you when you figured out what you truly wanted to talk about on stage?

Till about...last Thursday. [laughs] Ya know...early this morning! [laughs] Naa, but I know one thing, I’ve always been interested in talking about race and social things. That was a constant influence, a constant muse.

What does finding your voice mean to you?

Ya know, I ask myself the same question. I still don’t know what the heck that means! [laughs] I guess I know when I see it, or when I don’t see it. But, when people are like, “I think you got your own voice!” I’m just like, “If you say so!” [laughs] Whatever voice you got, use that voice to say funny stuff! How ‘bout that? [laughs]

Truly, just work as hard as you can. Listen to the people you think are funny. Analyze and break it down. Be the best writer you can possibly be—it all starts with the writing. But then after that, be the best performer and entertainer you can be. Just believe in your own vision, and stand in your own shoes—now what the heck does that mean? [laughs] I didn’t mean to get Oprah on you... [laughs]