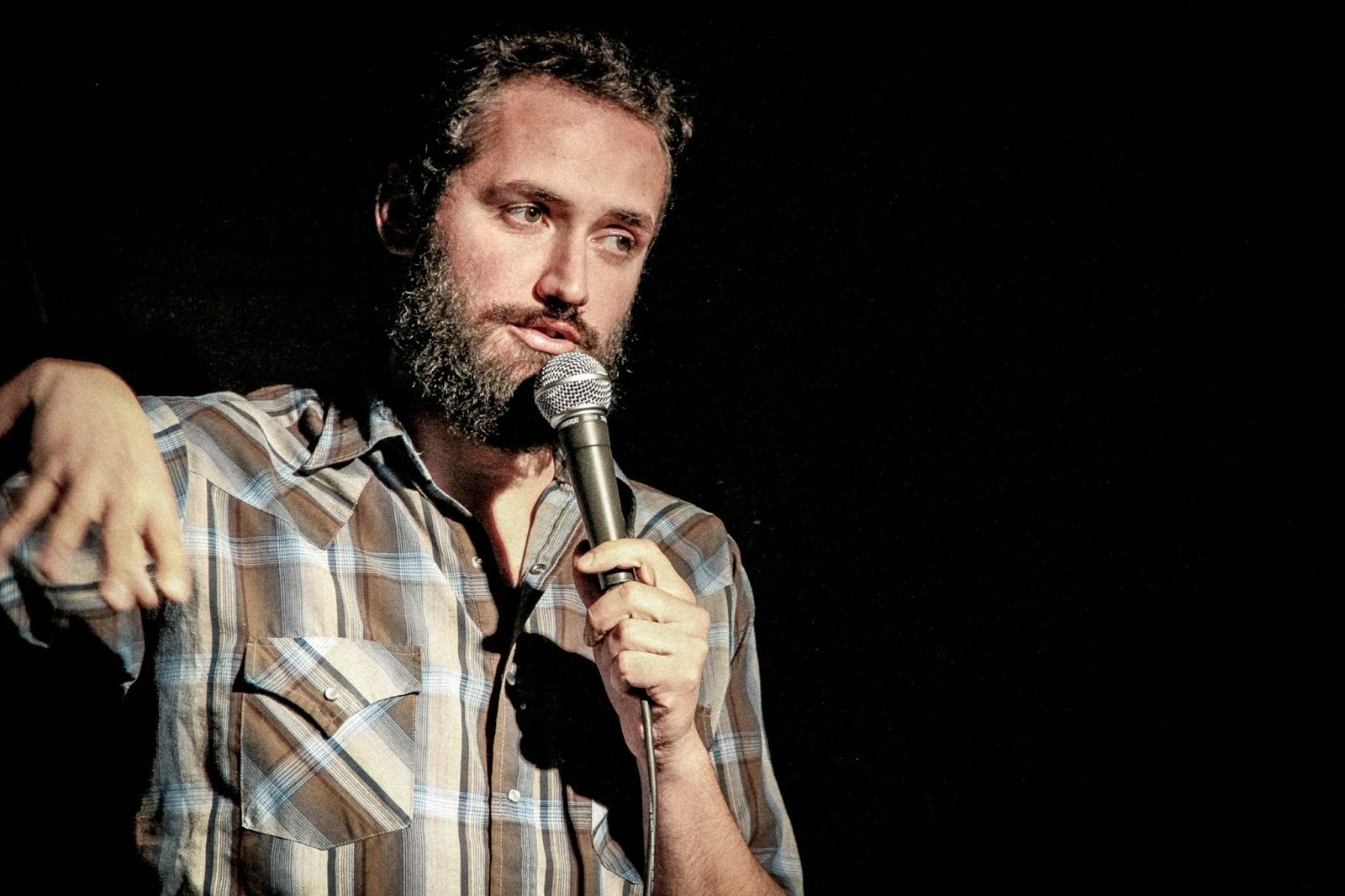 Joe Fernandez is a Chicago Comedy Scene favorite, having performed at Zanies, The Chicago UP Comedy Club, The Laugh Factory, The Comedy Bar, Lincoln Lodge, Comedians You Should Know Show, and Chicago Underground Comedy, of which he is a member. Basically you can catch Joe headlining and featuring all over Chicago. In this interview we talk about getting the most out of an open mic, keys to having a great set, and what it takes to perform at ChUC.
Improv,

COMEDY OF CHICAGO: Whenever an older veteran comic walks into an open mic, how important is it to impress them with a good set?

JOE FERNANDEZ: If you’re trying to impress someone, you are already worrying about the wrong thing. At the end of the day, it doesn’t matter if you do well or if do poorly. If someone big pops in and you do well, it’s not like they’re gonna go, “Hey, I’ve been on Comedy Central, wanna do a Comedy Central Presents?” [laughs] No, it doesn’t happen like that.

COC: But what if it’s your only chance for them to see you to get booked on a show?

JF: I used to think that way. But, it’s not like people are scouting for talent at an open mic. Even someone who runs a showcase who sees you and likes you still needs to see you a couple more times.

COC: What do they look for in a comic?

JF: I think most veterans or bookers would rather see someone who is being loose and having a good time. I don’t think they care as much about you doing well as you seeming confident. If you are looking like you’re having a good time up there, THAT is more impressive. 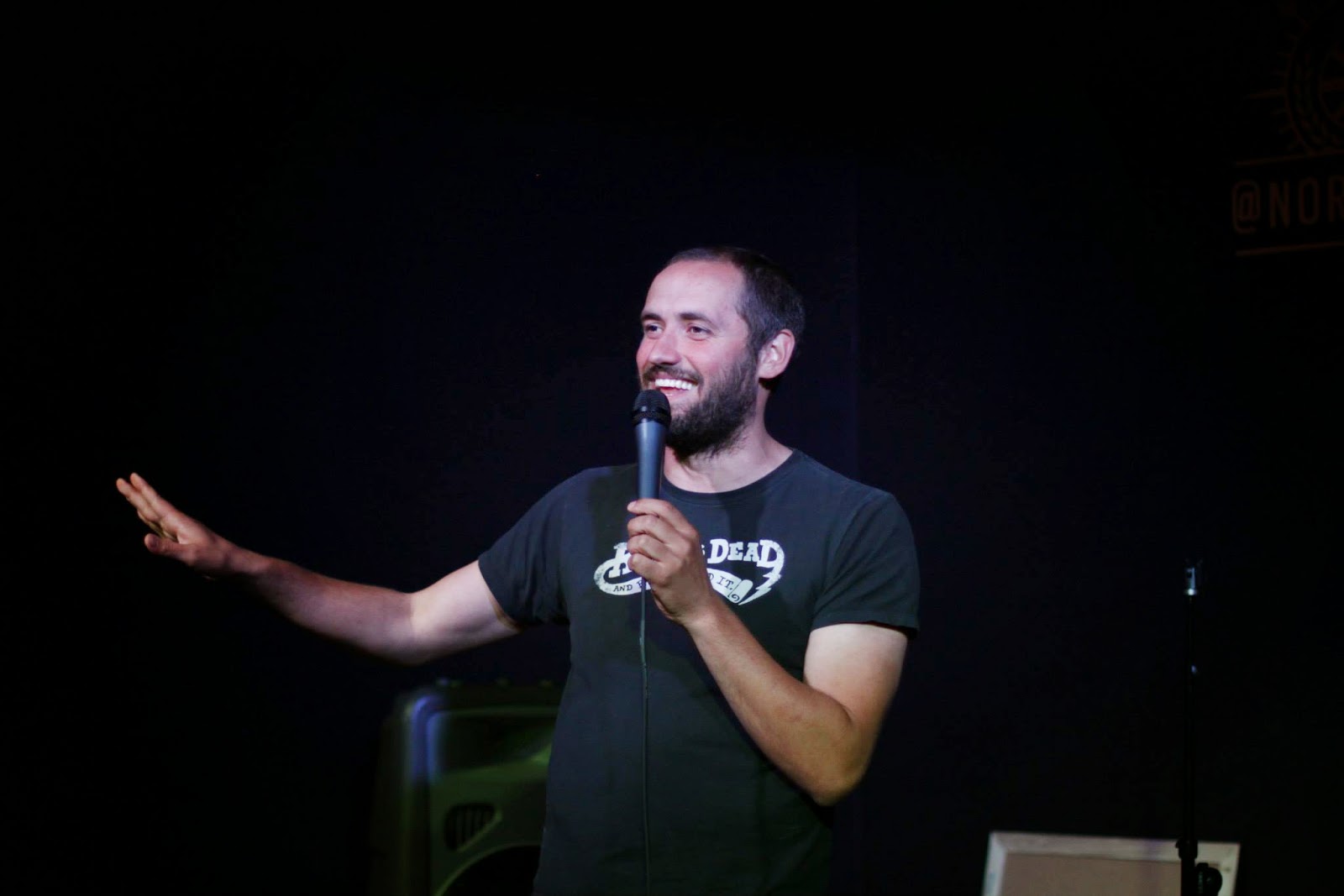 JF: Just be present. Whenever I think I have to do well, I don’t do very well, because now I’m not having fun. I’m focused on something else instead of being present. Even if the set is going well, then I’m like, “Ahh but I needed an applause break!” So, you’re focusing on the wrong thing. Just try and have more fun up there.

COC: Do you think that bombing at open mic hurts your reputation?

JF: That kind of mentality is what kept me away from mics for a while, because I was scared people would be like, “Eh, this guy’s not funny!” But, out of 40 people at an open mic, how many do well? Maybe 1 or 2? It’s not a high percentage. That realization should loosen you up a bit. Also, most of them don’t even care because they’re too focused on themselves. The only way people remember if you bomb is if you are SO insane to where they’re like, “Wow, that guy is actually crazy!”

COC: What can be learned from having a bad set?

JF: I almost think a good set can be more harmful than a bad one. In the sense that, if you have a good set, now you’re trying to recreate that night instead of being present. Whereas if you have a bad set, you think about what mistakes you made and you make sure they don’t happen again. 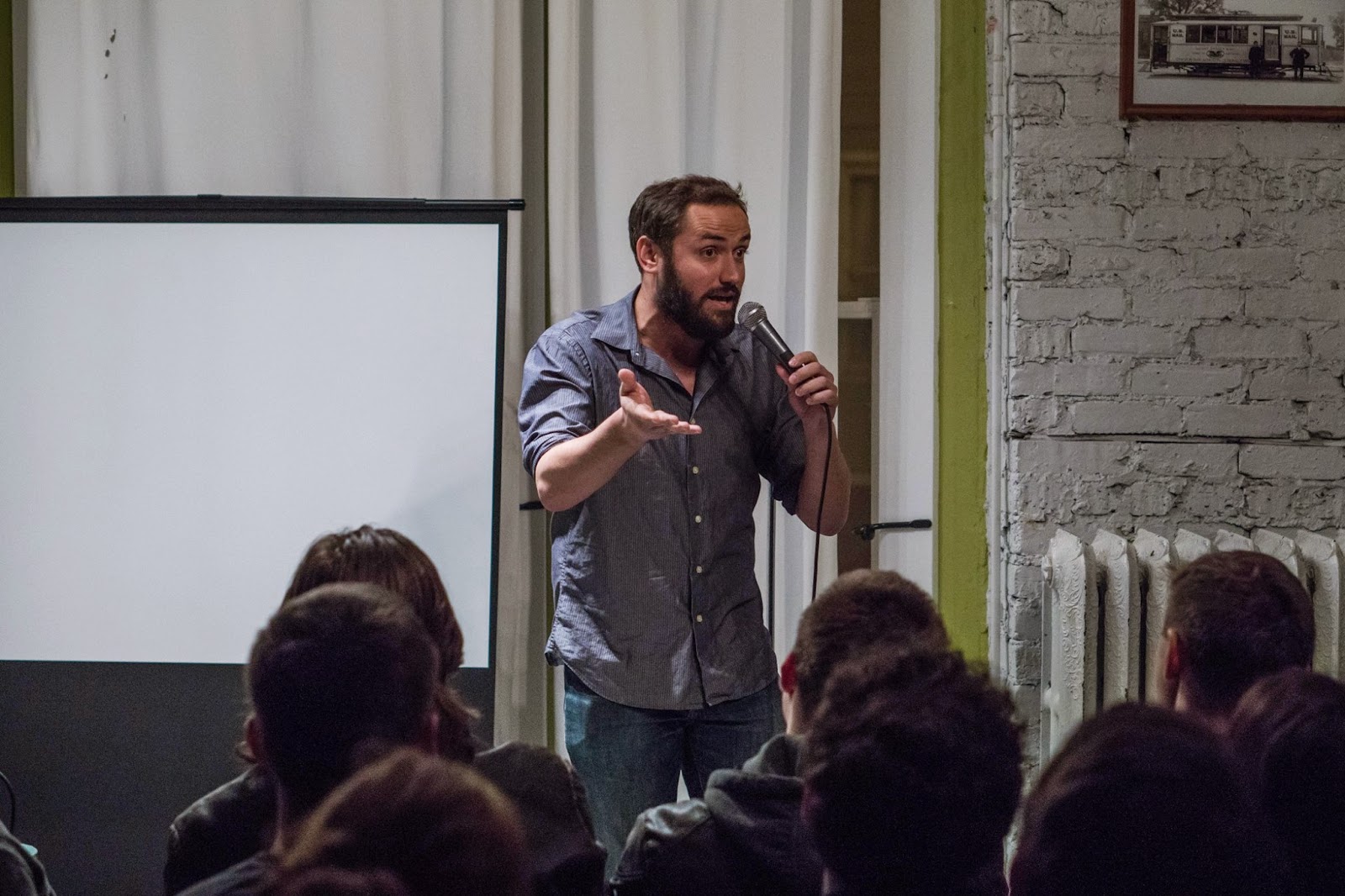 COC: 6 years into stand up, you decided to take a year off. Why?

JF: I wrote an article, Signs of a Dog Shit Room, because I did so many of them that it started to wear on me, mentally. I was also dealing with small town people who all they know is Seinfeld and Jeff Dunham, and they’re just not into a joke about a poop-marijuana-box. [laughs] I had a little bit of a mental breakdown at that point.

COC: What were some warning signs that made you feel like you needed a break?

JF: Clubs would grade comics on a scale of A-F, and as a result I would pander to the audience. Even if I had a great set, I was miserable and didn’t enjoy it because I was doing jokes I didn’t care about. I would think about calling in sick to gigs. I would also focus too much on doing well, as opposed to just having a good time. And comedy should not be a job that you hate.

COC: What is your attitude now?

JF: Now, I’ve been having way more fun doing it because I’m not as concerned with succeeding at it. I just enjoy doing it. So, if something comes of it, that’s great. And if not, that’s fine, too.

COC: Are your parents supportive of you doing comedy?

JF: My parents have always been super supportive, it’s kind of insane. I’m lucky in that sense. I know so many other people whose parents are pissed, saying things like, “Why don’t you have a back up plan? It’s a hobby!” but my parents are just like, “Go for it!” Not to rub it in for those people who have unsupportive parents, but mine are better than yours. [laughs] 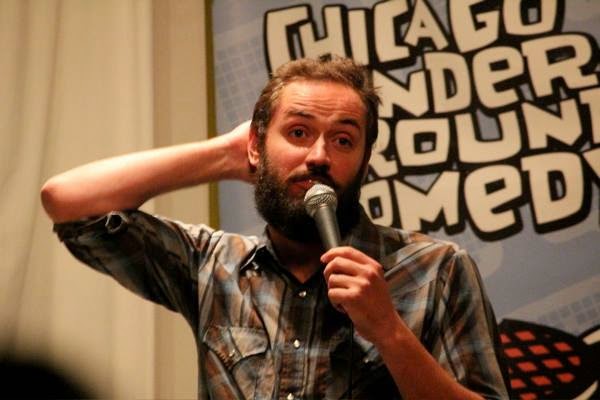 COC: What’s the latest with ChUC?

JF: We’re trying to do a sketch group now—live sketch once a week, and a video sketch once a month. And specifically, we’re doing sketches that address the crowd to fit in with the stand up mold. Hopefully that’ll bring a little more variety to the show.

COC: Who exactly are the cast members for ChUC?

JF: There’s too many to even name...there’s like 17 cast members, plus the sketch group people...

COC: How often do comics usually get booked there?

JF: When I was first starting out, I did ChUC maybe twice a year. And I was like, “Why am I not getting booked more?” And then, I became a cast member and I understood why. Because they only have maybe 1 or 2 or 3 guest spots a week—for ALL the comics in Chicago. So, if you did it twice a year, you were getting booked A LOT. 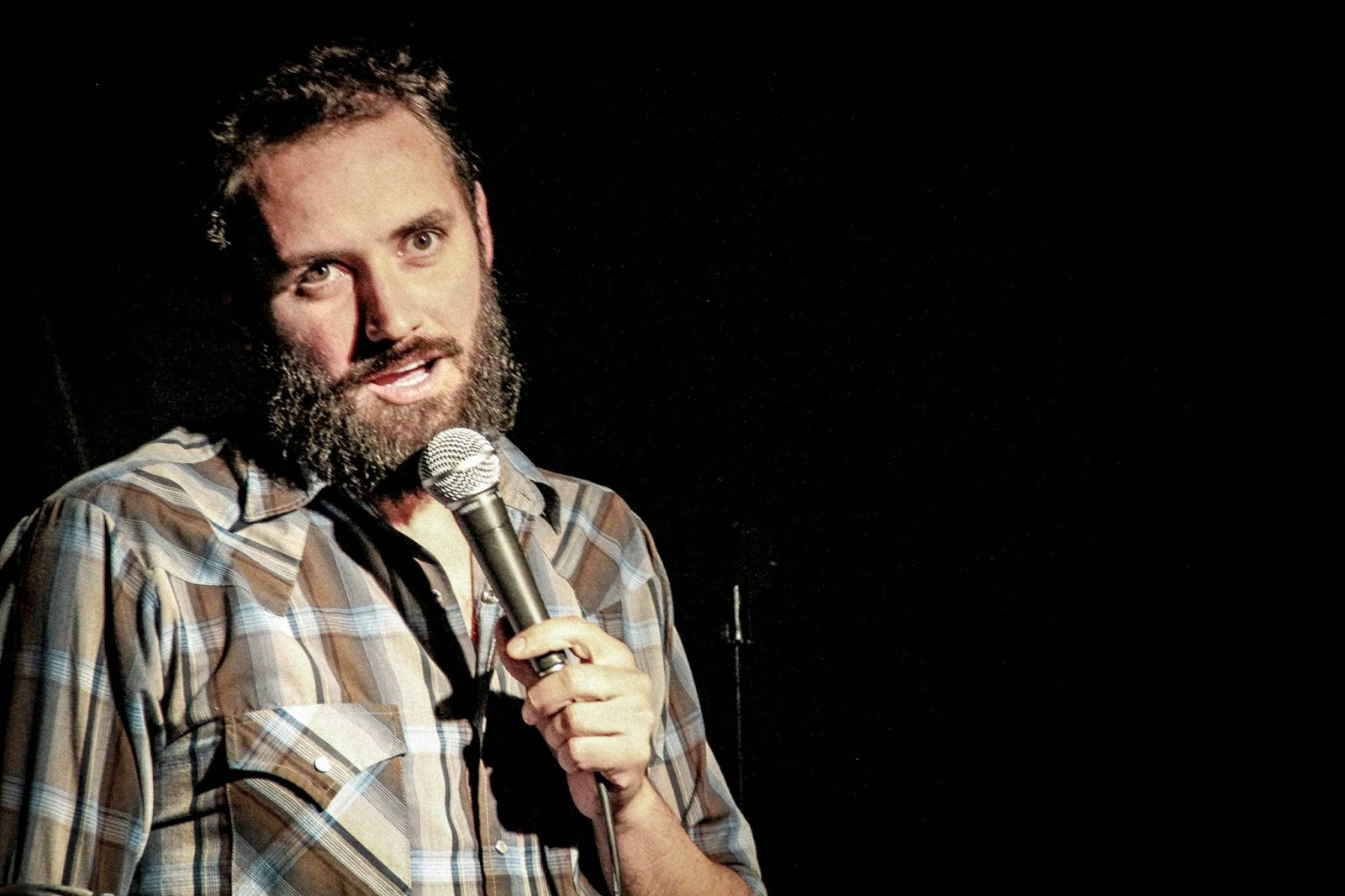 COC: How important is it for comics to convey a message within their act?

JF: That’s up to you. I’m more a fan of comedians who are just silly and absurd. I feel like whenever people ask, “What are you trying to say with your comedy?” they focus too much on talking about politics or religion or something, instead of just being absurd and funny. Harris Whittels put it best when he said, “Sometimes I think motherfuckers just want to laugh.” Just make people laugh, and be original and unique.

COC: Any uplifting advice to consider when comedy gets you down?

JF: At the end of the day, we’re doing comedy! If you get too serious about it, it stops being fun. That’s why I always keep in mind that I’m doing this to have a good time. If you’re so concerned with doing well, it doesn’t really make sense because there are SO many other jobs where you can be miserable at and make way better money—or actually make money! [laughs] So, if you’re gonna be miserable doing something, why choose comedy?

JF: Don’t be competitive, and just have fun. If you’re competitive, it ruins comedy because you watch someone and think, “Fuck! That was a good set.” As opposed to, “Wow, that was a good set! I liked that.” Just try and have fun when you’re on stage. Don’t commit to doing a set without leaving any leeway to riff. Don’t ever try to recreate a past night if you had a good set, always play off of that night’s crowd. Don’t let a bad set get you down, every night is different. Just don’t think too deeply into it, because at the end of the day you’re doing it to have a good time.