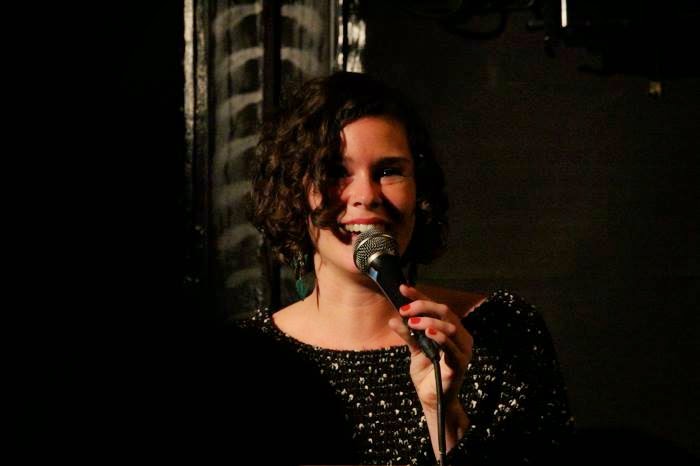 Natalie Jose is a Chicago comedy monster. She performs all over the mid-west, is a cast-member of Chicago Underground Comedy, runs a showcase every Monday night at the High Hat Club, and she has a podcast called Wake Up With Wine. Natalie has performed in the Accidental Comedy Festival, Chicago Women’s Funny Festival, and the Memphis Comedy Festival. She was showcased on the Oprah Winfrey Network as one of five comedians featured in the TV Pilot “My Life is a Joke”. Not only is she hilarious, but she also sings in three different bands. Basically she's great! Aside from the usual comedy advice and wisdom, in this interview Natalie talks about her first time doing stand up, her worst bomb ever, and her musical passions. It’s a fun one, enjoy!

Where did your “party girl” lifestyle all begin?

When I was a freshman in high school, I fell into the “wrong crowd”: the hippies, the witches, the burn outs... I started smoking cigarettes, started smoking pot, and started drinking. I did acid for the very first time when I was 14. I’ve always been kind of a partier—and then for college, I went to a top-10 party school... [laughs] But, I actually feel like I’m slowing down now. I don’t get drunk to perform anymore. 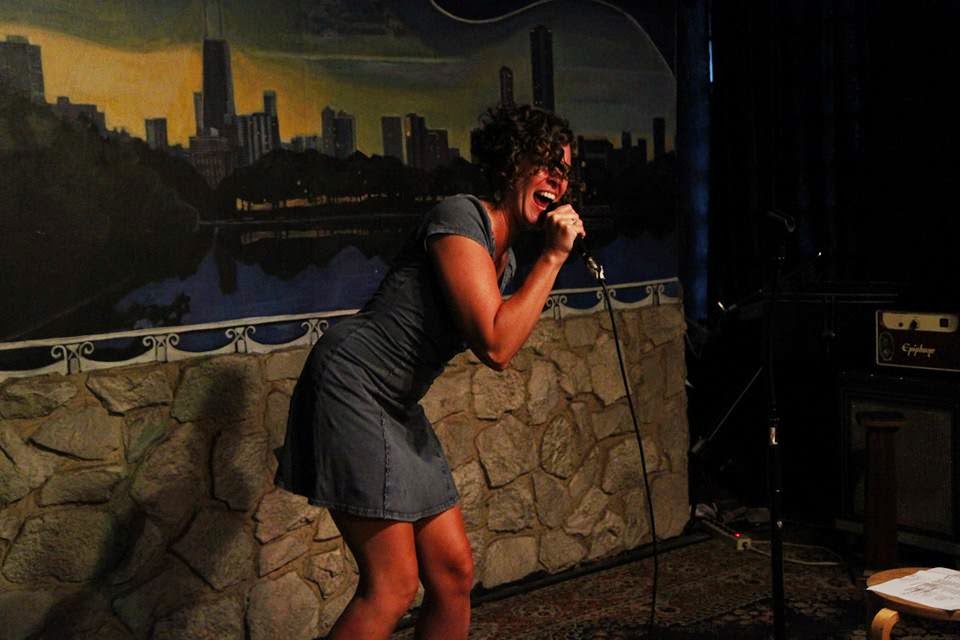 The first time you did stand up, what was it like?

I had some friends who ran a show called ‘Sweater Kittens Variety Hour’. I had mentioned that I wanted to try stand up, and so the first time I did it was at this show. I ended up doing like, 18 minutes...because I didn’t know when to get off stage. [laughs] It was SO weird looking back on it.

18 minutes your first time? How did you pull that off?

I prepared note cards beforehand. [laughs] I was like, “I’m gonna talk about THESE things!” When I got off stage, I remember somebody compared me to Dennis Leary, I guess because I felt like I had SO much to say. Plus, I think it was a lot of yelling. [laughs]

Why do you do comedy?

I love to perform. I think I’m funny, but I don’t think I’m nearly as funny on stage as I am in life, which is annoying. I feel like I’m only a fraction of what I could be once I figure it out. [laughs] I love stand up, and even though I wasn't good at it immediately, I've been enjoying it! 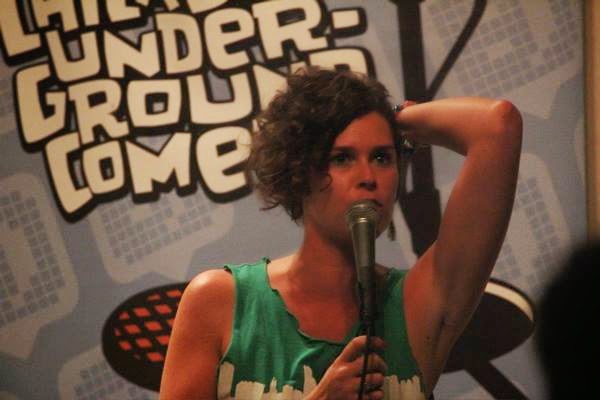 Does it bug you to perform the same jokes over and over?

Yeah! [laughs] That’s the hardest part about stand up in my mind—saying the same jokes, pretending they’re fresh like, “Ohh, I just thought of something!” [laughs]

How do you keep old jokes fresh?

I try to bring something new to every set. I can’t do verbatim sets. That would drive me nuts. I try not to perform for the comics anymore. And of course, you want the other comics to love you, but we’re not doing this for the other comics. This is for the audience.

I remember the first time I did ‘Entertaining Julia’ at Town Hall Pub, which was a VERY difficult room—one of the most fun shows—but very difficult. It was one of the only times I ever cried after I got off stage. I felt like I performed to NOTHING. I remember a fellow comic came up to me and was like, “Hey, good set!” But I saw them go out and smoke during my set, so I just started crying! [laughs] I felt so terrible about it.

At least you were honest with yourself about it.

It is interesting when comics get off stage after they’ve done terribly, yet they’re high-fiving everybody. I would be contemplating suicide! [laughs] Not seriously, but when I have a bad set it feels awful. 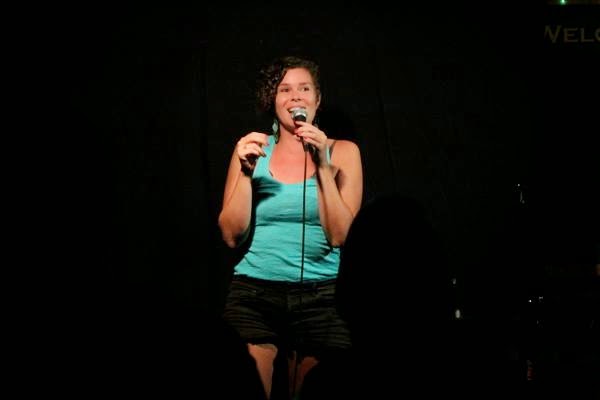 I would LOVE some writing tips. [laughs] I was looking at Emily Galati’s Instagram, and she took a photo of a notebook that said, “Timed Writing Exercise, 30 Minutes”. And I was like, “I’m gonna start doing that!” When I talked to her about it, she said she picks a joke that she thinks she can expand on, or she picks a random topic and just free writes for 30 minutes.

Do you normally sit down and write every day?

I’ve never been a sit-down-and-write person. It always just comes to me when I’m randomly out, and I’ll scribble in my notebook frantically. Then, out of nowhere I have a new 10 minutes. Whenever I try to sit down and write, I always end up being like, “What IS funny?” [laughs]

What about just writing for the sake of writing?

I do like to get stoned and write a bunch of shit that I almost NEVER use. [laughs] But, I like that I am at least writing. What’s cool is that I will have written something two years ago, and now I’ve got a place for it. So, I think it’s always good to write, even if you’re not going to use it. 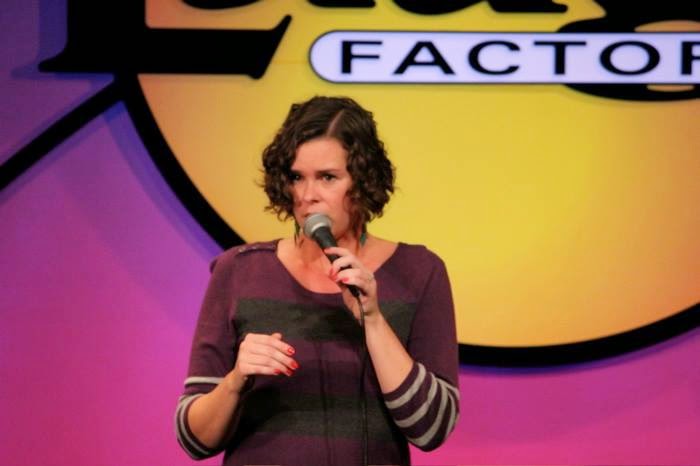 What advice do you have on running a showcase?

What’s blowing my mind right now is I see a lot of people starting showcases. I say, be patient. Keep your head down. Do your work. Good things will come. Not getting booked on a show doesn’t mean that you should now start a showcase. There is SO much to running a show - the production, the booking, the actual hosting of the show. It’s a skill that you need to learn.

How do you think these smaller showcases affect the bigger showcases?

It’s a bummer for people who think, “Chicago’s a great comedy city!” but then they show up to one of these shows where it’s open-mikers booking their open-miker friends. Then, they see the show is poorly run, the comedy is weak, and as a result they aren’t going to see GOOD shows! Open-mikers should be going to good shows to see what good comics are doing! Watching other people at the same lower level is not going to help you. 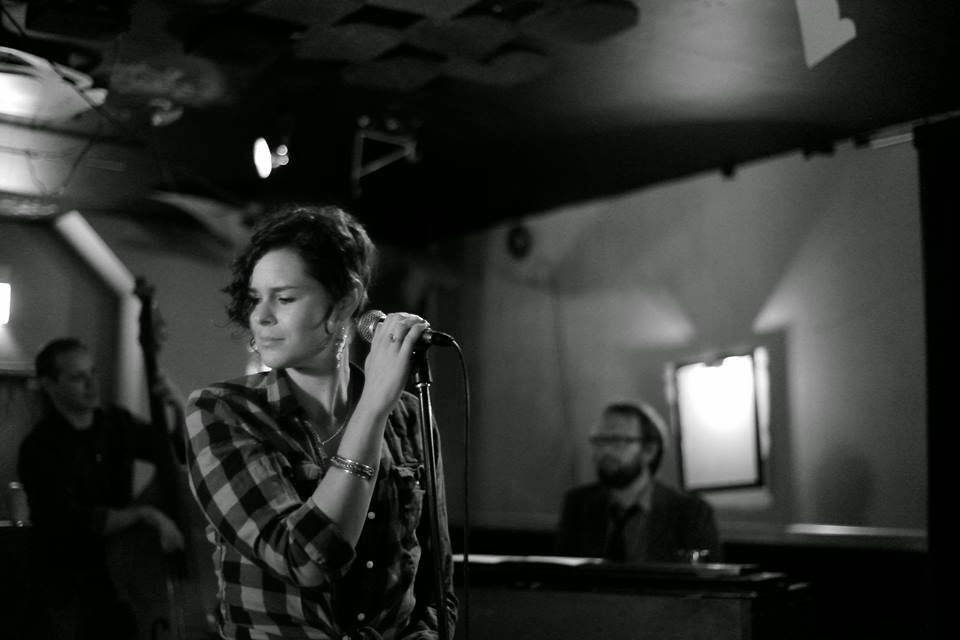 You’re also a singer, and you perform in multiple bands. Tell us about that.


I’ve sang my whole life, in choirs and that kinda thing. I’m in 3 bands—the main band is called Weepin’ Willows, and it’s a Patsy Cline cover band. It’s awesome, I’m in love with it. I am in a Meatloaf cover band, and we only play 2 or 3 times a year, but it is SO fun! The shows are incredible and so ridiculous. And then, I’m in a band called The Sweats, and we play even less than the Meatloaf cover band.

What do you enjoy better, music or comedy?

In terms of like, importance or lasting power, I would choose music. But, I’m not creating any of it, so I choose comedy because it’s creative for me. Singing is a natural gift, and it’s not subjective. It’s not like someone could hear me sing and go, “She can’t sing!”

Why do you choose to perform in cover bands?

People are always like, “Be in an original band!” But I don’t know how you write songs if you don’t play an instrument... [laughs] And writing lyrics seems super hard, and super embarrassing!

Who are some of your musical influences?

I love Joni Mitchell, The Cure, I was a huge Radiohead fan but not as much anymore, Billie Holiday, Patsy Cline, Julie London, The Supremes...there’s just so many... 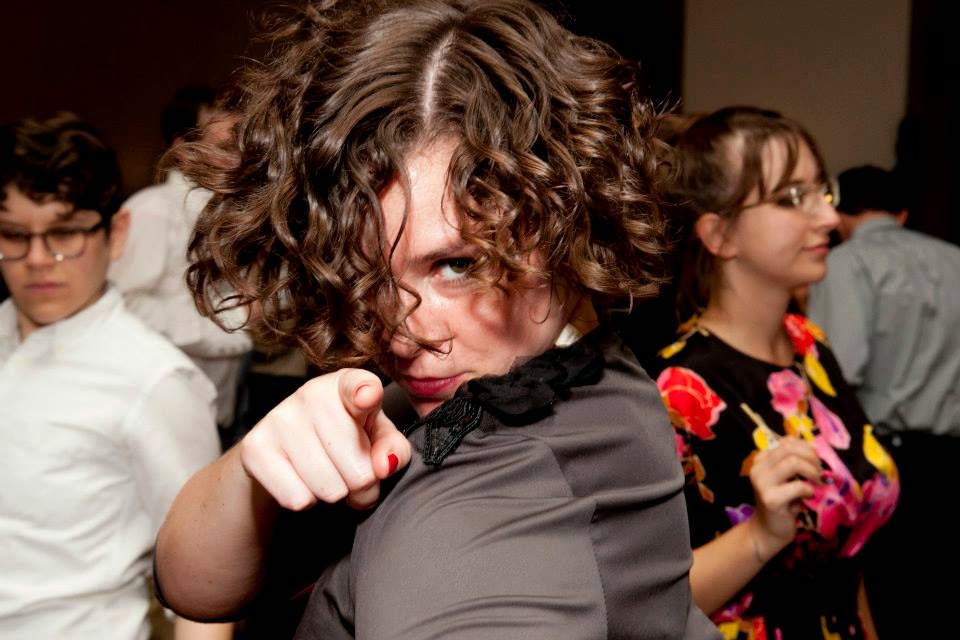 What are your thoughts on doing comedy that is personal to you as opposed to jokes about random observations?

If you stick to what you know and what’s personal to you, then you never have to worry about, “Has this joke been done before?” because it’s YOU. Being personal only helps you.

Do you recommend taking time off from comedy?

Eh, I don’t think you should take time off, unless you’re feeling burnt out. I think the more you’re on stage, the better because you become looser and more willing to riff and mess around. With that being said, some of my best sets are from when I took time off. [laughs] Not much time, but maybe I went on vacation for a week, and I was so excited to come back and do stand up. Everyone works differently. Generally, I think the more stage time, the better.

Does it get easier or harder, the higher up you go?

The crazy thing about stand up is that the higher up you go, the easier the shows are. It’s easy to make a room of 300 people laugh—not easy—but it’s so much better than making 3 people at a bar laugh, who had no idea there was even a comedy show going on. It never gets more difficult than that! [laughs]

It doesn’t make you nervous performing for a crowd of over 300?

It pumps you up! When people are paying to see you, there’s an assumption along with an expectation that you are good. If they aren't paying, then they don’t think you’re worth anything, so you have to prove yourself to them. But if someone pays $20 to get in, they believe you must be good! That benefit of the doubt helps you...unless you fuck it up.

Advice for the new comics on the scene?

The first year of stand up for anyone is frustrating. I was the worst once, thinking like, “What about me??” And everyone feels that way. But, you’re not gonna enter the scene and be liked by everyone immediately. You have to earn it a little bit—and THEN it feels good, ‘cause you earned it! Don’t try to skip the process, it exists for a reason.