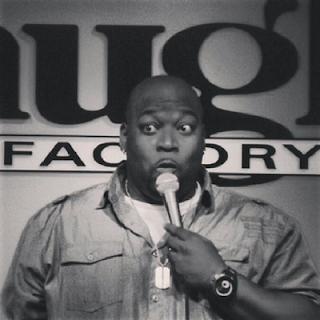 Jay Washington is one of the hardest working comedians in Chicago today: He runs the Laughing Insanity show once a month at The Laugh Factory, he produces a live radio show and website called Educated Insanity every Wednesday at 5PM Central, and he runs the open mic at Riddles Comedy Club every Monday night. Jay also auditioned this year for the prestigious Just For Laughs, festival in Montreal, and just got offered a part in Spike Lee’s latest film, Chirac. On top of it all, Jay is a professional wrestler of 13 years. And most importantly, he is a father of two children.

In this interview, Jay talks about what it is like to be a professional wrestler, advice on the business of comedy, tips for having the best JFL audition, and so much more. Enjoy!

How did you get into wrestling?

It used to be a secret society to learn how to become a professional wrestler. You used to have to know somebody who was in it. Not everybody knew about the business. There was no behind-the-scenes documentary to pro-wrestling. But, I loved it as a kid and one of my good friends joined a pro wrestling company back in 2000. He told me I should join with him, so I did and I started training there. Eventually, I started going on the road with it. And then, the rest is history.

Did you wrestle in high school, and then transition into pro wrestling through that?

No. For me, I went to like ONE high school wrestling practice—not even a match, just practice—and I was like, “Naa, I’m not about to do this.” [laughs] There was something more appealing about performing for a big crowd with professional wrestling.

What is your wrestling stage name? 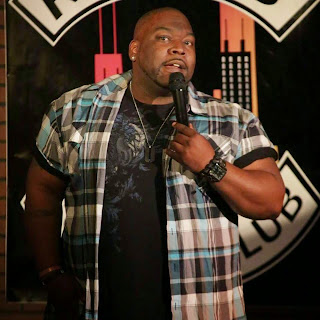 How do you think wrestling compares to comedy?

The businesses are the same. They parallel each other SO much. Everything I see young comics going through now, I went through with wrestling: Fighting for spots, trying to get known, wanting to headline the main event, getting fans and followers. Also the bad things you have to deal with: Janky promoters, people who don’t want to pay you, bad shows, performing for only a few people when you expected a big turn out. The businesses are exactly the same.

What about wrestling as a craft? Is there a set list of moves that wrestlers abide by?

It’s so funny because people know about the business now. They know that the matches are choreographed and predetermined. So yes, it’s pretty much the same way in that you figure out what you’re gonna do. It’s a choreographed dance that you train for. And, just like with your set list, you’re constantly changing things around, taking things out, and adding things to it.

How do you balance comedy, wrestling, acting, radio, AND being a dad?

It’s difficult. I have an 11 year old son and an 18 month old daughter. My daughter is with me, and my son is in Indianapolis. It’s hard juggling it. The hard part is you want to be just as influential in their lives as you are to the lives of the people you entertain. I bust my behind in everything I do—whether it’s stand up, wrestling, movies, acting, commercials, whatever—in order to leave a legacy for my children. I want them to be like, “That’s my dad! He worked hard so I can have this.” I want them to know how to work hard and to be able to have a work ethic behind it. 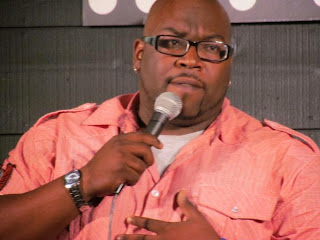 How important is the business aspect of comedy?

People always say, “I don’t wanna deal with the business side!” But I think it’s good to get a jump on it to understand it. ‘Cause the further you go, the more hectic it gets. And people will say, “I’ll just get an accountant, or a manager, or an agent.” That’s fine, but if those people fall short, you want to be able to know what’s going on.

People say the business side is more important than being funny. What are your thoughts?

What comedy-business advice do you have for comics?

Know that you are a brand, no matter what. Once you start getting known and you start getting booked, people are knowing you for the brand you have become. You have to protect that brand and that image. Remember that, because if you get booked, it’s because of your brand and what you bring to the stage. It’s all about knowing and building your brand, and making sure your brand is marketable to others. 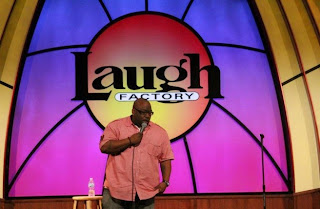 When writing material, how do you know what your ‘brand’ even is?

That’s what comes with doing SO many open mics and finding your voice. For instance, I don’t feel comfortable telling abortion jokes—no knock to anybody who can, but I just don’t because it’s not for me. Know what works and feels comfortable for you.

Do you censor yourself when you write? For instance, do you write specifically for a corporate gig, for a comedy club, for an urban room, etc?

There are plenty of types of shows that will censor you. Further than corporate gigs, there are church shows that won’t let you say A LOT of things. So, it’s more about being able to use your jokes in any avenue. I’ll break it down like this: If I have a joke that I can use at a corporate gig, a church gig, a mainstream club, an urban club, or a bar show, then I’m good.

You recently auditioned for JFL Montreal. What did you learn from that experience?

One of the biggest things I learned in terms of what they’re looking for was, “Can your set translate over the border of the country?” Can people in a different country get what you’re saying? Which means, I can’t do South Side references or Red/Brown line references in Montreal, Canada because they aren’t going to understand it.

What kind of things did you feel you could talk about in your JFL audition set?

I can talk about me being a father, or the game ‘Double Dare’, or the TV show Legends of the Hidden Temple—‘cause everybody knows Nickelodeon. Things that relate everywhere. For the audition, the set was most the important. You could destroy the crowd, but if your material couldn’t translate, it wouldn’t mean anything. Or, you could have a set that you thought bombed, but if the JFL people thought, “This set will kill in Montreal!” then it’s a whole different ballgame. 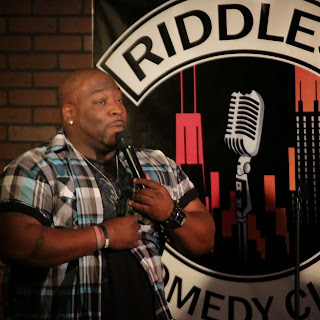 Is the goal of the open mic to “kill it”?

I don’t think so. I am so against that statement. Because, if you’re killing it at an open mic, 9 times out of 10, those mics are all comics. Who am I impressing, besides a bunch of comics in the back? Sure, you might open up some doors to local things, but that won’t work for you if you’re trying to perform on the road.

How does a comic even get to go on the road?

Somebody has to be able to see you and say, “I can take this person on the road.” It all depends on who sees you and thinks, “This person has potential.” Not only that, but for the more difficult situations it’s all about, “What type of comic can I bring that’s able to deal with hecklers or a hectic crowd?”

How long did it take you to become a regular at Jokes & Notes?

Like, 3-4 years. It was one of the hardest spots to get passed at when I first started. I was always scared of the Wednesday night. It’s intimidating. I would bomb there religiously! [laughs] In fact, just overcoming that room was an accomplishment for me.

How do you not cater to the Jokes & Notes open mic audience even though they’re paying?

Here’s the thing: When I first started doing stand up, I felt like I had to be just like the comics I saw on Def Jam or Comic View. But, it wasn’t right for me. And part of overcoming the Wednesday night at Jokes & Notes for me, was realizing that I just have to be me. Crowds are like sharks. They can smell blood in the water. If you’re catering, they can sense it no matter who you are. Just go up there and be yourself. 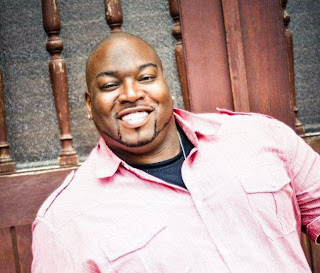 What advice do you have for hosting?

There’s an art to hosting. You control the show. A host can be just as important as a headliner. You start the show. You control the tempo of the show. If you have a horrible start, whoever comes up next now has to work super hard. But, if you have a good host, the next comic can just ride that wave. You are responsible for making sure people enjoy that show. Also, you need to remember that the show isn’t about the host. You GOTTA warm the crowd up. That doesn’t mean going right into your set. You have to sacrifice some of your time to get that crowd into the show.

What advice do you have on doing crowd work?

I say if you’re not comfortable doing it, then don’t do it. The problem comes when somebody says something that catches you off guard, and you don’t know what to do. Because if you lose it, it’s hard to go back. If you’re gonna talk to the crowd, make sure it’s in reference to a joke that you’re doing. If you’re not comfortable, then don’t do it because otherwise it’s awkward.

This is the entertainment business—don’t forget that it IS a business. BUT...don’t discredit the talent part of it. Being funny is not an overnight funny. Don’t just stay in your same comfort zone—get out. Make yourself uncomfortable. Do a room you would never do—whether you fail or not—just do it. Keep making yourself stronger on stage. Challenge yourself on stage, try new things and take risks. If it doesn’t work, that’s okay—you grow from bombing, you don’t grow from killing. I’ll leave you with a quote by Ralph Waldo Emerson that I live my life by: “Do not go where the path may lead. Go instead where there is no path, and leave a trail.”

David Gavri is a stand-up comedian, writer and founder of the online comedy sites Gonzo Fame and Comedy Scene in Houston.

Melissa Richelle is a writer, stand-up comedian, actress, and producer and member of the online sketch group Foul But Funny. You can catch her performing all around the Chicago-land area.
Newer Post Older Post Home