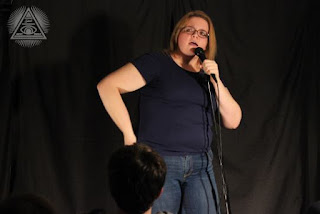 Does Tragedy Help Your Funny Bone? I think so. That being said, I don't know that you have to endure tragedy to become funny. It's the age old question: "What came first? The child beatings or the sense of humor".


Comedy derives from drama, usually in a fun or lighthearted way. Of course there are many reasons people laugh but in general it is at the expense of someone or something else. Even in jokes like "What did the Mama tomato say to the baby tomato? - Catch up! (Ketchup) - Obviously some jokes are more lighthearted then others but knowing what it feels like to struggle helps you convey the humor. The tomato joke was possibly thought up by a woman who constantly walked slow as a child and her mom would constantly yell at her "CATCH UP". When the woman thought about those memories she said "That would have been so much funnier if I was actually a tomato. You get it? Because of homophones!" Hypothetically the joke could have never been thought up if the woman wasn't a slow walker. Thanks for walking slow toots!

Realistically, some jokes are more offensive when you get to darker topics then walking slow. Here is an example of a joke I use in my stand-up being told by two different types of people. First, let's say there's a frat boy who fits the typical bro description. If he goes on stage and tells the joke "Women should stop having casual sex with men, you're not going to get self worth out of their dicks." I almost guarantee he will not get many laughs and if he does it's because people are laughing at how absurd it is for a guy like that to paint a woman in such an unflattering light. Now take me for instance. I am an overweight woman who looks pretty non-threatening. (Pulled straight from my OKCupid profile) When I go on stage and say "I stopped hooking up with men when I realized I couldn't suck self worth out of a dick", without fail I get laughs. The reason why is the audience assumes I've been in that exact situation starving for approval from a man. (A little insiders baseball: I have)

Having to withstand the loneliness of seeking approval in the wrong ways has given me insight on how to make light of it. In no way am I saying people who have encountered heartache in some fashion are better comedians, I'm just saying they have an easier time "finding the funny". 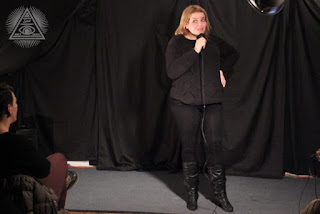 Not only is it easier to "find the funny" but it almost gives you a pass to play around in those dark topics. Having been raped, gives me more freedom to joke about it. Of course there are people who would disagree but I disagree with their disagreeing... so there. In my eyes, as long as I am bringing a unique point of view to a topic and it doesn't belittle someone who is suffering, it's fair game.

Furthermore I think any sort of suffering is equal when it comes to "finding the funny". A man who was neglected emotionally by his rich parents has a very unique point of view. He may not have the same point of view as a boy going through foster care, but each point of view has the endless potential for jokes.

Now I'm not saying little Mary Jane who's family never went through turmoil, was never bullied and has only cried because of movies like The Notebook, can't be funny. She can, but I'm willing to bet Lucy who's parents fought every night as a child and who would tell jokes to try to ease the tension, will have an easier time "finding the funny".

Having said all this, maybe I have this point of view to try to justify why I went through what I've went through. In a way, my sense of humor is my consolation prize. This is my big F U to normal families, all your children will be humor-less. Way to go.

Claire Swanson Contributing Writer
Swanson is a comedian, actress and writer, she's been featured in the Chicago Women's Funny Festival and has just started a brand new Saturday night open mic in Chicago: