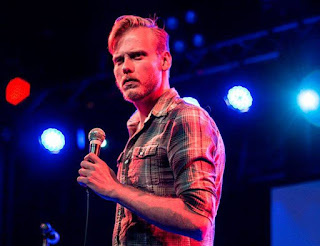 Here are 12 complaints you often hear at open mics...

I waited two hours at a mic.
Yeah. So did everyone else almost every night of the week. You got another dream to chase? Then go and stop whining because something amazing is hard to get.


People are cliquish.
You mean people you didn’t introduce yourself to that meet 10-20 new people a night don’t give a shit about you? Weird. Maybe you shouldn’t be doing a solo art if you want friends. I hear improv is pretty inclusive. Provided you paid, of course.

Why no bookings?
OH NO! Someone rejected your art? You’re probably the first one that’s happened to. No one cares about the shows you DO have, much less the ones you DON’T. Shut Up.

People who hang out get shows.
That’s almost evidence that, “Right place, right time” deserved to be a colloquialism. People have to have thought about you to book you. Turns out, people “think” of you more when they see you more! CRAZY! I’m not gonna remember to book a comic I never see. Don’t like it? Tough Titties, prick. 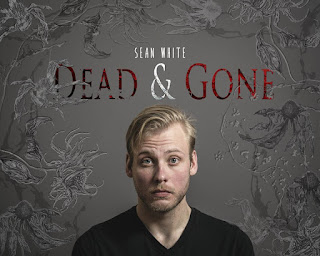 They bumped me at the mic!
Yeah. They also were there from 9pm-2am providing YOU a spot, negotiating a deal with the bar for YOU, and setting up and possibly purchasing equipment for YOU to put your stupid misshapen mouth on. Ingrate! You don’t like it? Start your own! Maybe then you’ll know what the fuck you’re talking about!

That mic banned me/ was rude to me.
OK. Learn to play nice or make your own room. Everyone has a right to ask you to leave them alone. Not their fault you tickled that reflex when everyone else somehow managed to avoid it.

The audience was...
Just go ahead and shut up. Your job is to make people laugh. If you didn’t do that, no matter what the difficulty, you need to fix something. Nuh-uh! Yes huh. Stop blaming others for your problems. I don’t care if everyone did awful and the audience was jerkin off the whole time watching the Cardinals, deal with it and move on. Don’t blame them. They were what YOU signed up for.

But, that person isn’t funny! I should have their spot!
OK. If we really have to go over the whole, “Putting others down doesn’t lift you up” thing at this point in life, you’re immature and probably sleep on a mattress on the floor. 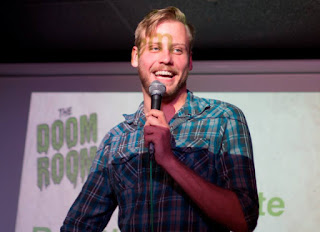 People were talking during my set.
Probably because you sucked and have no stage presence. If you can’t make someone pay attention to you while your voice is mechanically amplified, we were probably better off not hearing you anyways. Bitch.

I made it but they didn’t come.
Meh, you run a shitty show. Happens to all of us. You’ll learn eventually that effort is the only thing you can use to affect that. Did you put in the effort? Yeah? What effort? Oh, you gave out fliers? Did you send out press releases? Did you ask people you know everywhere you went? Did you hit on people and give them your number on the back of the business card for your show cuz you love double dippin’? No? Then shut up and stop saying, “No, it was better last week.” If you put in the effort AND no one showed, shit happens.

I’m exhausted.
OK. Then go to sleep and keep dreaming about your dreams instead of making them real because if you can’t handle performing every night, how were you planning to do it as a full time career?

Contributing Writer - Sean White
Sean is a local comedian and producer. He has recently released a new comedy album and you can catch him performing at showcases all over town in the Chicago comedy scene.
Newer Post Older Post Home