Don't be a Liability 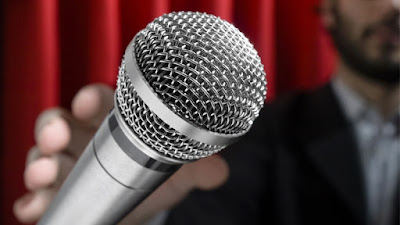 If I could give any advice to a comedian (beyond the normal, work hard, write often, hit up open mics like a maniac) it would be this - "don't be a liability". Stand-up comedy is hard enough with out self sabotage, right? Seems like a common sense sentiment, but you might be surprised at how many comedians can be their own worst enemy - from headliners on down.

As stand-up comedy fan, producer of a Chicago showcase, and former manager of a comedy theater - I've seen some shit. From comedians that have puked on themselves WHILE standing at the bar - to a feature comic who wouldn't obey the light and get off the stage for the big name national headliner - to the point that the mic & lights had to be cut off so we could rush the fucker off the stage. I'm not against getting your party on, or even against having a larger then life personalty. But there is one rule, in my opinion, that should be sacred and that is: (said in my best Joe Pesci voice) "don't fuck up in the club".

Case in point, I run a room every Sunday and recently booked one of my favorite comedians. Now I wont go into certain details to protect identity, but basically after the show he/she got shitfaced (partly my fault since I comped all the drinks). So much so, that they thought it would be funny to steal some shit out of the club and show it to me - "hey looked what I grabbed". My response was "what the fuck dude, really?" I then drove said comic home because he/she was to drunk "to take the bus" upon which they then took the opportunity to stick their head out of the window and start screaming obscenities from my car to random passersby.

Now this is a comic who tours nationally and has TV credits and STILL acts this way. There's no point in bringing it up with them because I guarantee you they won't remember any of that shit. But the real question is, will I book them again? No. Not anytime soon. The point is you really don't want to put a producer/friend in that position. It's not fair. it's not cool.

Another example which is sort of at the opposite spectrum is about a comedian who used to be a liability, but is now one of the strongest comics in the scene. It's just amazing what time can do because three years ago he/she was a stumbling fucking DRUNK. I remember some of the first times I saw this comic around, he/she was pretty much black out drunk every time and could barely mouth out words. And this happened for a fucking while. Everybody just kind of rolled their eyes, snickered and waited for this person to drop out of comedy. But then something amazing happened. They stopped drinking, kept working hard, and got REALLY funny. And now this comedian is a Chicago all star that headlines at clubs and shows all over town tours the country and is getting some major TV credits.