Why Chicago Needs it's Own Late Night Shows 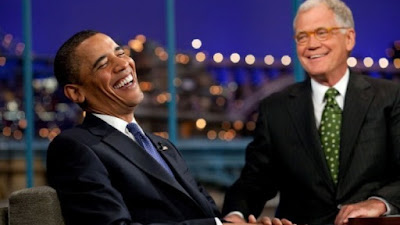 It's well know that Chicago has one of the best comedy scenes in the country (both improv and stand-up) and it's no exaggeration to say that some of the best comedic talent in America have gotten started here. Tina Fey, Hannibal Buress, Amy Poehler, T.J. Miller, Kyle Kinane, the list goes on and on.

What Chicago does not have is any industry (aside from home grown industry like The Othy Schwering Show and The Comedy Exposition). Comedians can get to a certain level in Chicago, but then have no choice but to move on and chase their dreams elsewhere. Most of the major network and cable channel TV shows are produced on either the West or East coasts. Including all the late night comedy/talk/sketch shows. When you think of Saturday Nigh Live you immediately think of New York City. But where is Chicago's SNL? Our Daily Shows? Our Tonight Shows? Nothing. Nada, zip. Which is a shame since the production of a major network, late night, comedian focused, TV show would drastically change the future of this city. Not just for a handful of select comics, but for thousands of professionals and businesses that would benefit from the jobs and tourism dollars that would flow into Chicago, 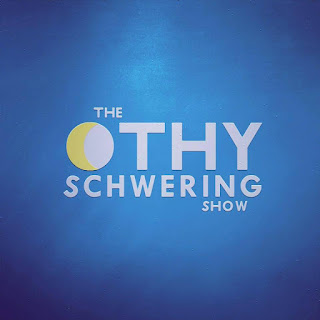 Since everybody seems to like a list these days, here are 5 reasons Chicago needs it's own late Night TV shows.

1. Chicago has world class talent.
Chicago's comedy growth has been phenomenal. A big reason for this is stage time. Not only are there major clubs but now there is a colossal comedy scene with a ton of open mics and independent showcases. About six years years ago there was really only 3 or 4 mics in the city, today there are well over fifty. Sure, that means there are  a lot of novices in the mix, but it also means the vets are getting so good it's scary. By the time they move on they are broadcast ready. Now throw into the mix all second city and iO grads still grinding it out in Chicago, and you have a built in lean and mean talent pool to pick from.

2. The fan base to is there to support it.
According to several media outlets America is in it's second comedy boom. A big part of that boom is due to the advent of the internet and the comedy super-fans that curate and support their favorite artists. Nowhere is this more apparent then in Chicago where independent showcases (Lincoln Lodge, Comedians You Should Know) have been the vanguard of this new boom, creating a local cottage industry with a fanatical & social media savvy fan base. A late night, comedian focused show would simply pour some gasoline on a genre/scene that's already on fire.

3. Built in appeal.
If any city was made for a late night show it's Chicago. It's the perfect city for it. Amazing views, stunning architecture, world class theaters, award winning restaurants, and top notch night life culture. Everything you need to compliment a major network/cable late night show offering.

4. Has the media infrastructure in place already.
A major late night TV show would create so many new opportunities in Chicago it's not even funny. From cameramen to editors to makeup artists. But that's not to say a dynamic TV industry doesn't already exist here. Several national live shows are shot here, and the local TV news industry is second to none. Which is why inserting a late night property into the mix would be a perfect fit.

5. Perfect Timing.
Everyone knows television is changing. Content streaming and the internet generation has flipped the script to the point that the old models don't really work anymore. Sitcoms are dying out and the major players are scrambling to produce content. Big independent production companies like David Letterman's Worldwide Pants are actively seeking "alternative pitches". So the question at some point becomes: Why not a Chicago based show? Is it not our time? With so much incredible talent coming out of this town it seems obvious.

Or just come to me, I've got plenty of pitch ideas.