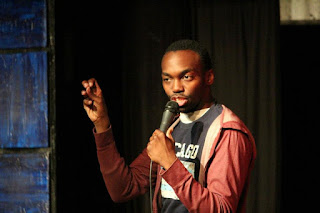 Named one of the top up-and-coming comedians in the country by Splitsider, Martin Morrow is a Chicago favorite who was just recently on this season of NBC’s Last Comic Standing. He was also part of a sketch for the TV show Why? with Hannibal Buress on Comedy Central.

Aside from stand up, Martin also has a background in improv, theater, and sketch. He has performed in clubs, colleges, and festivals all over the country, and has worked with many big names in the industry including Tim Allen and Katt Williams.

Martin is a graduate of The Conservatory program at Second City, and is one of the co-producers of Comedians You Should Know. You can catch him headlining The Attic Comedy Showcase tonight at Under The Gun Theater. 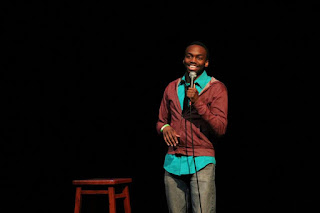 COMEDY OF CHICAGO: How did you get your start in comedy?

MARTIN MORROW: I got my start while in college at Auburn. I was doing a lot of open mics, but at first I was just doing a sketch hybrid duo with my buddy Josh Mays from the band The One Hundreds. Eventually, I decided to try it by myself and I did a competition, and it was HORRIBLE. So, I stopped for a bit. [laughs]

COC: What was horrible about the competition?

MM: I was horrible! [laughs] Up until then, I was SO arrogant. I was only 18-19 years old. But, I needed that moment to fail—I think everyone needs that. Because if you can get through all that, then it shows that you’ve got the chops. 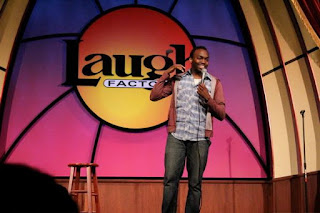 COC: When it comes to comedy, how do you feel about criticism VS compliments?

MM: My one sort of complaint about some portions of the Chicago comedy scene is that we have people who coddle each other way too much. When I was coming up, it was with guys like Sam Norton, Kenny DeForest, and Matt Riggs. And they would just bust balls all the time. If something didn’t work, they would let you know and straight up tell you, “That was a dumb joke.”

COC: You found that to be helpful?

MM: It would help, but I don’t feel like you can do that anymore. If someone bombs, and I consider them a friend or an associate, I can’t really make fun of them for bombing. But, I think people need to realize when something’s not working. Or, if you’re lying to yourself saying, “No! My friends and I think it’s funny, but the audience just doesn’t get it!”

COC: What do you think it takes to be a great comedian?

MM: You have to learn to fail. And you have to be okay with failing because that’s what makes things work. A lot of people get good opportunities but they blow it because they’re doing stuff that doesn’t work, or they’re trying to be someone they’re not. Just tell it with your own voice, use your own stories, say something that is real to you, use your own ideas, and just be you. 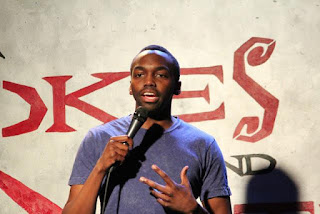 COC: What does “finding your voice” mean to you?

MM: I think it means somewhat of your style, somewhat of your story, and who your character is on stage. If I’m watching comedy, I want the comedian to tell me their point of view on everything, and I want to know how it differs from me as an audience member. I think it’s a matter of trying to find what your angle is, what your thing is, and sort of conceptualizing and developing that over time.

COC: Why do you think it takes so long for comedians to “find their voice”?

MM: I think there’s a fear in trying to be funny. Essentially, there are 3 levels of comedy:

1) First, you WANT to be funny. When you first start out, you have this desire to BE funny.

2) Then, you TRY to be funny. You start emulating things you’ve seen. For example, at open mics, you will see a lot of blue material, your standard “shock value” sort of stuff. The type of jokes that you can’t use 6 months from now. Which is something I always look at. If I can’t do this joke 6 months from now, is it worth telling right now? Will people remember this down the line? If not, then I won’t cover it.

3) Then finally, you ARE funny. And there is no timeline for it. It could take a few months, a few years, or more than 10 years. It’s different for everybody. 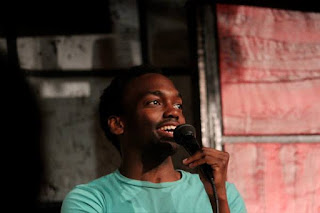 COC: Aside from stand up, you also do improv. How did you get into that?

MM: I started doing improv when I was 20-21 years old. There was a group in Birmingham, Alabama called the Extemporaneous Theatre Company. I auditioned for the group and I got in. But, my college was 2 hours away from where this group was. So, I was driving back and forth all the time, but I loved it. I got to work with people who had been doing it for 10+ years, which I think helped me grow and mature.

COC: What made you move to Chicago from Alabama?

MM: Baron Vaughn, who is a funny comic out in L.A. doing a lot of cool stuff, is the one who suggested that I come to Chicago. He recommended I do Second City, and I got this Puma Scholarship that I showcased for, which helped me get free classes. And then I auditioned for Conservatory and got into that, and just kept going from there.

COC: How do you balance improv with stand up? Both require you to be available at night, so how do you do both?

MM: It can be difficult but it’s still possible. Tuesdays would be my main improv night, unless I’m doing something else for Second City. But Second City has a cool schedule to where you don’t have to do a lot of adjusting in that regard. And once you get into a groove with working with certain people, it gets a little easier. 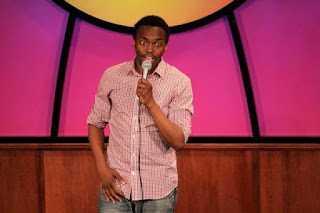 COC: You were just on the latest season of Last Comic Standing. What was that experience like?

MM: It was a fun experience. It was cool to be in that environment. A lot of people were nervous, but the way I saw it was that around 20,000 people auditioned from around the world, and only 100 got picked for the invitational. Knowing that, I didn’t care what happened because we made it in. But, my luggage got lost, so I hated that part. [laughs]

COC: How have things changed since being part of that TV show?

MM: They told us that we might get a lot of people following us on Twitter. So, they sent stuff from our Twitter and Facebook, and if anything looked bad to where it would reflect poorly upon you or the show, then we had to take it down.

COC: Does that affect your writing process? Do you find yourself editing and censoring yourself even more because of that?

MM: For things like Twitter, my feeling is if I HAVE to swear, then I try to get rid of it. For jokes, it doesn’t matter. But, I’ve never been the type who wants to offend people to begin with. I don’t see the point in trying to make people mad.

COC: After everything you’ve accomplished thus far, how do you stay humble?

MM: Because I still ride the bus, and I still haven't paid my student loans. [laughs] That makes it easy to stay humble.