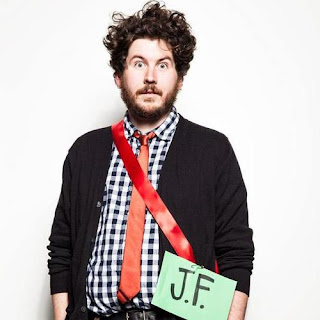 Named one of the “Comics to See Before They Are Famous” by the Chicago Tribune, J.F. Harris is a
road comic based out of New York, who began his comedy career in improv at the iO and Annoyance Theatres. He also trained at the UCB theaters in New York as well as L.A. He has performed in the New York Comedy Festival, The Wild West Comedy Festival, and the Just For Laughs festival in both Calgary and Winnipeg.

J.F. performs all over the country, and just recently performed at Comedians You Should Know here in Chicago. In this interview, J.F. shares what it is like to live as a road comic, being a sober comic, and advice on dealing with writer’s block.

You joke about growing up with disabilities. Care to talk about it?

When I was young, I was riddled with disabilities. In a bit that I do, I list them off—in fact there are things I don’t put on that list because after a while people are just like, “What the hell?!”

Do you think your sense of humor stems from those experiences?

Ya know, I don’t remember a lot from my childhood, probably because I just blocked it all out. I think I had a sense of humor, but I don’t think I developed actual comedy skills until much later in life. All the guys in my group were really funny, and everyone was really good at “ball bustin’”. I’m from the East Coast tradition where everyone just makes fun of each other.

Who were your comedy influences?

I grew up watching Bill Cosby: Himself. My parents had that on VHS, because they’re huge fans of rape. [moment of laughter] I’d watch that from the time I was a little kid. By the way, I’ve never said that joke before...but I’m keepin’ it. [laughs] I’m sure I’ll get a bunch of angry tweets about it... 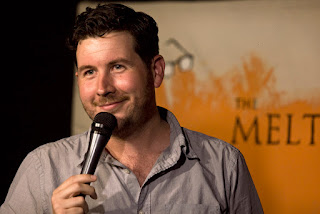 How do you deal with people who complain about your act? “P.C. police”, for instance?

For the most part, people don’t care. Occasionally, you get people who get offended from certain buzz words, regardless of the context. For instance, I do jokes about getting beat up as a kid, and them calling me a “faggot”. And, one time a lady came up to me after a show because she was mad at me for saying that word. And I’m like, “The kid beat ME up!” She was like, “Well, that word hurts.” I was like, “Yeah, it hurt me, too!” [laughs]

Do you think there’s a time limit to starting stand up? Is it ever too late to start?

No. There really isn’t. I have buddies who didn’t get their first television credit until they were in their 40s. Lewis Black didn’t pop until he was well into his 50s.

To you, what does it mean to “find your voice”?

Eh, I don’t believe in that “finding your voice” bullshit. [laughs] I think it gets comics stuck in their head. I think you just need to be yourself. For me, I started to do well once I began to not care so much about finding my voice, but rather just being the best version of myself. I was working diligently to try to be the best “Me” and kind of let comedy take care of itself. 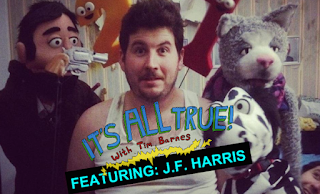 What is it like living a nomadic life on the road?

Currently, I am subletting a place for a month, which is nice because I don’t have to carry ALL of my things with me.

Do you have a storage somewhere?

I have my backpack for the road, which I call my “Studio Apartment”. It has all my necessities in it. I’ve been without a home since October.

You have to be built for it. I’m very comfortable with it—when I was 20, I went backpacking in Europe by myself. I was supposed to stay for two months and ended up staying a year. I’m very comfortable living a nomadic lifestyle. I’ve always enjoyed it, but some comics just can’t handle being on the road all the time. 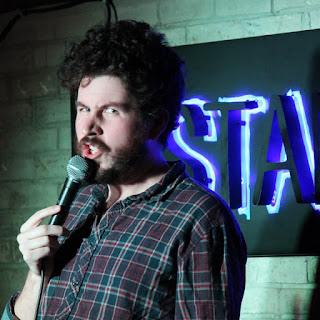 I try to write everyday. I read that book called The Artist’s Way by Julia Cameron, and the writing exercises in that book helped me a lot. I journal for a few pages, I write a gratitude list every morning to stay in a positive head space, and I write a to-do list to keep me on task. As long as I get maybe, a tweet, or just one real idea, word change, etc. that I can try on stage, I consider it a victory.

How do you deal with writer’s block?

It comes in waves for me. I’ll have a week or a month, where I have a new 10 minutes. But then, I’ll go 2-3 months without any new chunks or bits. Sometimes, ideas have to rattle around in my head for a couple of years! For instance, I had a joke about how I hate when parents try to stay cool—but I could never get it to work. Until one day, I saw a dad pushing a stroller on a skateboard, and I was like, “Well, there’s the joke.” [laughs]

Advice on preparing for a performance?

Prepare as much as you can before you go out there, and then just leave it all on the side. If you’re trying to nail every word right, you’re gonna miss the point. The point is the thought, the emotion, the thing you’re originally connected to. You will fill in the spaces. That’s what works for me. I have to go up there and get into the joke and be excited about it and find the energy of it...and then figure out where I’m gonna say “dick” in it. [laughs] 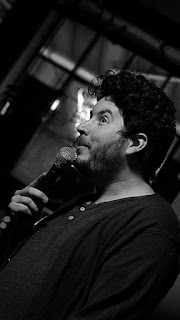 You’re a sober comic. How have you made that work?

My first few years doing stand up, I was going out all the time, but my focus wasn’t there. I was always out late and waking up hungover. I was kind of writing but not totally. I wasn’t clear-headed. When I got sober, I got more serious, and I figured out how to get on the road. That’s when I got better. I set intentions, and then I put in the work to get them.

When things get tough, how do you stay motivated to keep going?

2 or 3 minutes per month, that I’m REALLY excited about, can keep me going. You just need a new premise or a new joke to be excited about—something to work on for a couple weeks. Then, you get it to where you like it, and it’ll work itself out. It’s like making a diamond. It needs time to compress and be made.

All that matters is getting up on stage, working out, and getting better. Just get undeniably funny and you’ll get all the things you want.