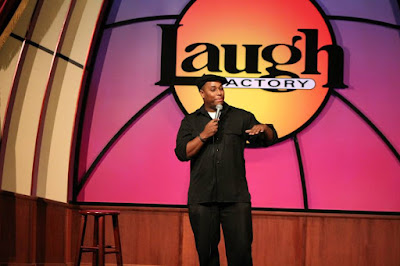 Ronnie Ray is an improvisor, actor, and stand up comedian who is infamously known for being on both Playboy TV and Nickelodeon. He has numerous television and film appearances in shows such as Grey's Anatomy and Totally Busted, and in films such as C'mon Man and Save The Last Dance.

In this interview, Ronnie Ray talks about his start in improv at Second City, his TV acting experiences, and words of wisdom for us all. Enjoy!

What advice do you have on being the host of a comedy show?

If the crowd ain’t ready, then the host didn’t do their job. When you host a comedy show, you set the tone. The crowd has to trust you in order to get them warmed up before you bring the first comic out.

How does the host control the flow of the show?

If the first comic sucks and the show’s tankin’, the host has to do more work to get the show back to an even level. And, if the comics are really funny, the host better not do any extra time, just keep the show going.

What’s the key to being a good host?

You have to be the most present guy in the room. Be in the moment. Do some crowd work. Let them know that you are there with them, and make them feel like they are there with you. 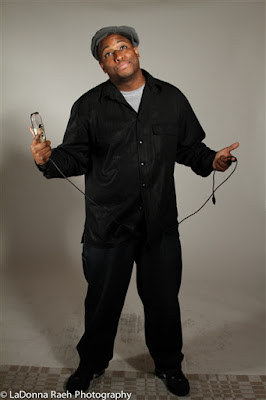 You spent a good while in L.A. What brought you back to Chicago?

First it was family. My grandmother had a stroke, so it’s 24 hours a day to help take care of her. And, I wanted to help out with that.

How did you get your start in comedy?

I started doing Second City improv back in ’97. I went through Second City conservatory. In fact,
Tina Fey was an improv teacher back then, just before she got SNL. Also, Tim O’Malley, Mike Gelman, and Jerry Minor who write for TV now. In fact, Frances Callier was my first improv teacher.

What did you end up doing after Second City conservatory?

I formed an improv group called “We Be Negroes”. We started touring, and then we moved to L.A. in 2000. We also formed another group called “Nation of Improv” and that was probably the funniest bunch of guys. We had guys like Wyatt Cenac, Gary Anthony Williams who plays ‘Uncle Ruckus’ on The Boondocks.

How did you get into stand up?

My first time doing stand up was in ’99, but between ’99 and 2003, I performed maybe 8 times because I took it for granted. It wasn’t until my acting agent called me telling me about an audition for comedians for a TV show. I though it was a TV audition, but it was an actual comedy show where every hot black comedian at that time happened to be at. I was supposed to perform at 9:20, but the owner didn’t even know who I was! So, I got bumped till 12:30, and by then the crowd was too tired to pay attention. So, after that I really started to hitting the stage doing stand up. 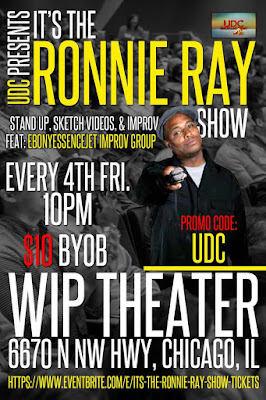 ONLY COMEDIAN TO BE ON PLAYBOY TV & NICKELODEON

How did you get involved with Nickelodeon AND Playboy TV?

What were these shows like? What was your favorite role?

In my favorite sketch, I got to play a rapper who’s about to go to jail. His name was ‘The Big G Spot’. [laughs] And in the sketch, the producer’s wife ends up cheating on him with me, in the recording booth. It was crazy.

[laughs] How did your success with acting on Playboy TV show affect your stand up?

That’s when I got real cocky. ‘Cause in my mind, I made it! I stopped doing comedy spots because I wasn’t hungry anymore. And then, I got the opportunity to perform at The Improv in Miami. I didn’t even start writing till I was on the plane halfway there! So, I got on that show and I TANKED. It was my worst bomb ever. After that, I did 100 shows in 100 days to try to make up for it.

With the internet and social media today, how important is it to be in L.A. or New York for comedy?

What advice do you have for young comics?

Find out where you need to go and just go. Not everybody is going to be 100% behind you, but you can’t care. You have to really put the blinders on and not pay attention. Just run your own race.

Master the hell out of your skill. Watch the masters at work. Pay attention to what they’re doing. Don’t be too good to go to open mics. Even the bad shows, you can learn what NOT to do at a bad show. Don’t be too arrogant. Look out for your fellow man, when you see good people recognize the real, because a lot of people don’t. I don’t like when comics feel like they can’t take younger cats on the road, when they have potential. Also, you’re only as good as your last show. That’s how you should play it every time.