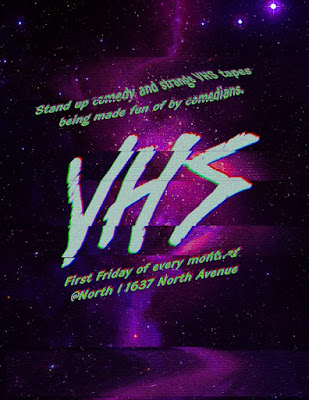 We plug a ton of great comedy shows going down this weekend. Check out what's popping!

FUNKED UP FRIDAY
Today at 10:00pm
at Laugh Factory Chicago

BEEF
Chicago's ONLY insult show!
Comics will be pitted against each other 1v1 in various games where they have to try to burn the other opponent based on game rules they have no idea about until they arrive. Best of 3 rounds by audience vote wins and gets to punish the loser!
Host Grace Lusk
Producer BEEF Ed Hansen v Lainie Lenertz
Jason Earl Folks v John Margelewski
Jay Washington v Xavier Lamont
Michael Timlin v Sean White
Meredith Kachel v Reena Calm
David Drake v Cameron Gillette
+ Roast of audience volunteer!
Today at 11:55pm
at Laugh Factory

UNMARRIED...
Unmarried is a 60-min Soo show by comedian Kellye Howard, who takes you into the life of a 30 something newly married female artist struggling to deal with loss, love, mental illness, and a bunch of other sh*t that standing in the way of her happily ever after.
Sat at 7:00pm
at The Playground Theater

THE BLACKOUT DIARIES: 10/3
Sat at 8:00pm
at High-Hat Club
ARGUMENTS AND GRIEVANCES - OCT
Sunday at 7:00pm
at Schuba's Tavern