How to Properly get Hammered: A Comedian's Guide to Drinking 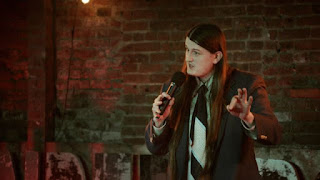 Personally, I love drinking whiskey before, during, and after a show. You'll hear many working stand-ups giving you unsolicited advice telling you to not drink. This is because they are trying to make you like them, and in my experience, I don't want to be like them because usually they're fat, they smell, and I don't respect them or their comedy. But we are all unique flowers who like to fuck drunk ugly flowers late at night, so if you prefer not to drink, keep it to yourself fatso.

Regardless, this guide is for the people, who enjoy drinking alcohol and have that drug work for them. Alcohol is the comedians coffee. We use it to wake up that part of the brain where we hate, love, and hate again. But there are a lot of mistakes that I've made that I'd like to share to prevent you from walking five miles in the snow because your "friends" didn't want you to drive drunk. The morning hangover, discovering morning texts/phone calls, and finding yourself with an empty wallet is the most common scenario you might find yourself in. Here's ten steps for you to help and prevent you from falling into these common traps. 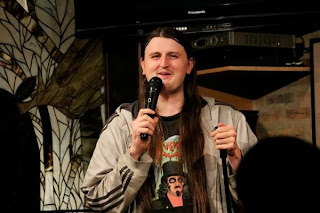 Step 1: Always, ALWAYS eat before you drink. Unless you're really sad, not eating, and actually want to kill yourself, the best plan is to eat a fatty food to coat your stomach so the alcohol has time to work through your system. Your stomach absorbs some alcohol through the process, so make sure you eat something greasy or buttery first. I recommend some buffalo chicken wings (which is butter and hot sauce) or bacon. Bacon is an alcoholics best friend. It coats your stomach and is salty, which makes you drink more. And remember that your liver is your friend. So eat those carrots or veggies on the plate, too. Your liver is about to get a good workout, so treat it nicely.

Step 2: Start slow. If you have two to three shows to do in a night, pace yourself. You don't want to be fucked up and mumbling by the 10:30PM late show. So hold back on shots until the late show has started. There's nothing wrong with being a bit of a pussy before hand. A whiskey and water instead of a whiskey on the rocks is a good way to start if you're a whiskey drinker. Instead of light beer, try drinking a Guinness. It's like drinking a bag of bread, which is helpful for digestion. It's takes longer to pour, it takes longer to drink and you're more likely to have four or five light beers than one or two Guinness's. 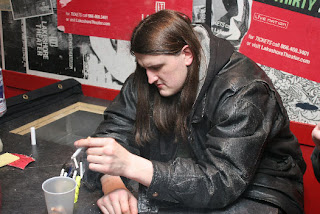 Step 3: Sip, don't chug on stage. You don't have to show off. People at the end of the night will find out what a scumbag you are by insulting them, revealing their past sexual exploits, being jealous, or just telling stories after the show with comedians (this is my favorite part of the night). The crowd will woo when you take a shot on stage, but it will be a risk if it's an early show. And you definitely want to stay out past 4AM, so watch it with the shots. One or two shots after the first show is OK. If you've switched to straight whiskey, sip it.

Step 4: The perfect buzz. You're in the middle of your show. You've reached that perfect amount of drinking. This is a good thing and you'll be tempted to drink more because you feel invincible. Don't drink right away. I like to extend this part as much as possible. I recommend eating a little something again. Something oily. A slice of pizza or shitty fast food sandwich. I will tell you that you absolutely WILL being getting fast food after you have become completely hammered at the end of the night, so eat it now and enjoy the buzz longer with this method. Drink a glass of water, and go right back to drinking. 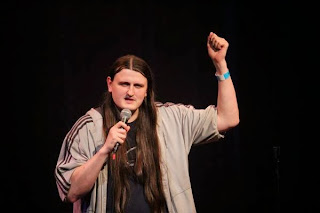 Step 5: The Late Show. The late show can be really terrible, so if you're buzzed really good. Go all out. Shots and whiskey on the rocks is my choice. The crowd is as fucked up as you are, so it's almost a perfect union of scumbaggetry. You're more likely to get heckled, so you'll be angrier, louder and full of self righteousness to defend yourself. This is where all the previous planning takes effect. Sure, you'll be drunk, but you know where you are and you can finish the night out without forgetting your jokes.

Step 6: Want some wine? No. Don't mix liquor at this stage. The show is over, you're already hammered. If you're drinking beer, drink just beer. Do this with all the liquor. Drink the most common liquor you've been drinking throughout the night. Otherwise, you might see what your Wendy's Spicy Chicken sandwich would look like if it was blended and inside a toilet bowl. 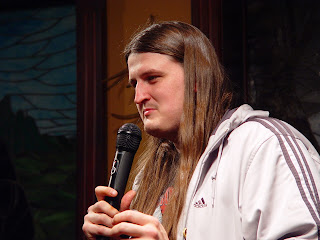 Step 8: Do not let drunks take care of you. So you've become too drunk to drive. Your friends then suggest that they can drive you. But, oh no! They've driven you to another bar, then left you there by yourself. Thus having you walk a couple miles in the snow back to your car. Frostbite will not sober you up. And you are more likely to get robbed, especially at the end of the night. Drunk people are like you, they don't give a shit what happens to anyone. Do not trust drunks. Stay at the bar till it closes. Ask for water to hydrate yourself and dilute some of the alcohol. If the bar closes, find a diner. Drink coffee until you feel ready to go home.

Step 9: You wake up to find, you have no money. Where's my money? Ouch. The most amount of money that you will spend will be at the end of the night. You'll be buying everyone a shot, and helping people pay their child's tuition. Money doesn't matter at this time of night. Be aware of this before thinking you are a millionaire on the sitcom Cheers. Don't buy anything from 3-5AM. Usually drunks will buy people drinks and free shots at the end of the night anyway, so just wait and you'll be just as hammered and you'll have a couple extra bucks in the morning. 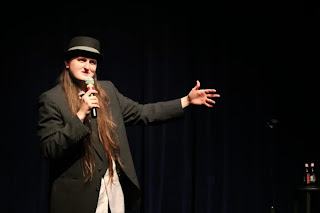 Step 10: Fucking a fat chick. I've always said there's nothing wrong with doing this, and I even
recommend it because it's a nice thing to do to raise people's self esteem and it shows that you are a great human being. However, if you get that feeling of "I got to get the fuck out of here", this is a nice little trick I've learned. It's called The Family Emergency Call. Set an alarm on your phone to ring in five minutes. Pretend you're texting. Wait for the ring. Pretend someone is on the phone. Then say your sister's car broke down, etc… Just make an excuse. Make sure you have good acting skills. Practice beforehand in your head, so as to not fuck up during the lie. Make it believable, so you won't make them feel bad, and you're out of there. But If you're a woman and want to get out of fucking a guy, just go through with it. It's for your own good.

I hope this guide can help people prevent some of the common mistakes many people, including me, have made. Use this guide at your own discretion and you'll have a better chance of not having a hangover, embarrassing yourself, and being flat broke. But also, don't trust me because I am in fact a drunk. But i'm proud of it.

Junior Stopka - Contributing Writer/Stand-Up Comedian/Proud Drunk
Stopka is a monster of the mid-west comedy scene. Voted The Chicago Reader’s Best Stand-Up Comedian and named one of the Top Four Comics to Watch by The Chicago Tribune. The Humbolt Park native’s dark outlook and  disdain for tired comedy tropes have earned him widespread critical acclaim. An alumnus of the Just For Laughs Comedy Festival in both Montreal and Chicago, Stopka tours around the country opening and featuring for iconic comics like Doug Stanhope and Dave Attell.
Newer Post Older Post Home