A Comic's Guide to Getting Snubbed.... 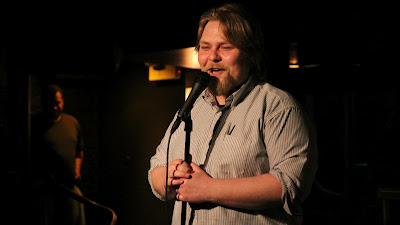 When booking a stand-up comedy show, a certain amount of subjective judgment enters the equation. That means aspiring comics will constantly find themselves being judged, to some degree, before someone gives them the opportunity to perform in front of an audience. As many rooms are booked on the particular taste of the producers and beholden to outside forces (covering the bar minimum, time or content restrictions, asshole bar managers, etc.), it's inevitable that comics aren't going to get into the rooms that they want to, when they want to, all the time. Feelings will get hurt. Rumors will start flying. Newer comics will often take these decisions personally, lash out at the producer that didn't pick them, and, in some unfortunate cases, quit the business all together.

From a basic, statistical level it's easy to acknowledge the fact that the 300+ professed comics in the city of Chicago will not all get booked every night when there are only four or five shows on any given night. It's also easy to recognize the fact that not every comic in the city is ready for all the available showcases. Some shows need comics who can do a killer twenty minutes off the top of their head, some need a clean set or a dirty set or a set that includes at least five minutes worth of Irish jokes, or someone that can do crowd work. Inevitably, comics are going to feel burned when a producer books a show, any show, and those feelings will continue to sour.

It gets better. I personally have not gotten booked on any major showcase with the Chicago-land area that you could name off the top of your head, and let me tell you it got a lot better when I let go of the idea that every snub was a personal dig on me (or was really a snub at all). Since coming to terms with my own limitations, I've been able to both fulfill my aspirations and grow as a comic. If you stick around doing stand-up long enough, you'll learn all this...but just in case you're worried, I'll let you know what to do if you get turned down or ignored from a show: 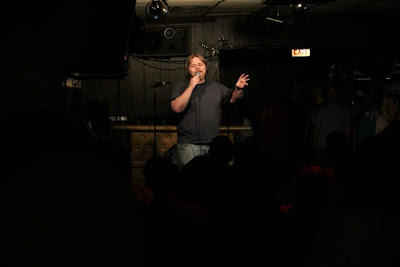 1) Breath. Deeply. You may be seething with anger at your fourth unanswered email to a producer, but, and let's be honest, there's nothing you can do about it. As alcoholics say, accept the things you cannot change and recognize that bitching at or blaming anything would be wasted breath. The show is full. Move on to next week.

2) Consider all those who were booked on the show. Is there a similar sensibility? Or, on the flipside, is there a noticeable balance between the different comic styles? Have they been around longer? Have you seen them at every open mic you've been to lately? Be honest, some comics just plain deserve a spot on a showcase, whether they've been up every week at ChUC for a year or they've just-lately been killing it a bunch of open mics.

Really, the most important lesson you need to learn is that the success of someone else HAS NOTHING TO DO WITH YOU.

That brings me to my next point...

4) Producers do remember you. Sometimes it takes some persistence, including all the times they saw you supporting their show or another local show, or just hanging out after an open mic. Honestly, half the time producers book a show, they're referencing the faces they recall from the last few weeks. You could be the funniest comic in the city, but if you don't remind people regularly, it won't mean all that much.

This also means that they'll remember if you're an asshole, or you chronically miss your spot at mics, or if you insist on always ending with that “awesome” rape joke every night because you want to be “edgy”. Though it might feel natural to take out your frustrations on the producers or the staff of a show, even mention it while you're on stage, ultimately producers will at least consider you if you don't give them a reason to not want to book you (which includes, say, bitching about it in online comedy forums). Ultimately, you can rest assured that...

5) None of these showcases matter anyway. Whether you live in Chicago or LA or San Francisco or Boston or wherever, most of the rooms that you may or may not get booked at won't get you famous. They won't get you an agent. They won't get you booked on Conan. They usually won't even get you more that thirty or forty bucks unless you book the venue yourself. Most comedy showcases, clubs, festivals and what have you are concerned only with the bottom line: getting asses in the seats and selling booze. Sure, if you live in a city with some industry, there's the off chance you'll get to show off your chops in front of roaming bookers....but for the most part, the whole point of the show, the whole point of comedy, really, is whether or not you were funny and you did well. If you get paid, great. If Bob Saget is in the audience and hires you to open for his next six month's worth of gigs, great. But if you're in this for the long-haul, goddammit, you know that the best part about comedy is just making a roomful of people laugh when you get the chance. If you can make a living at it, good to ya...but your priority should remain with your material and with the people in that room.