How Stand-Up Changed My Life 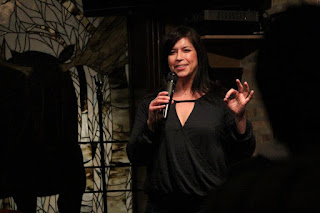 Comedians are a rare breed. Some think we're degenerates. That’s not true. We're strong. We’re
passionate. We’re independent. We’re smart. We’re sensitive. We’re enlightened. We invest in ourselves and the world around us - a world we see differently than most. These aren’t signs of degenerates. It's simply choosing to know ourselves on deeper levels than most care to explore.

When I look back at my pre-comedy life, I can see that I knew something was missing. But I didn’t know what it was or how to fix it. I can only say that I was at a very low point. I wanted to switch careers but kept meeting dead ends. This created a giant sense of failure that seeped into other aspects of my life. I went to a career counselor at one point; she suggested therapy. I told her she had no idea what she was talking about.

Four days later, I was sitting on a couch in a therapist’s office. My insurance didn’t cover it though, so I stopped going. At the time, I didn’t really understand what depression was. I didn’t research it, and I never would've called myself depressed because how depressing is that? But looking back… yeah.

Around this same time, my brother got married. I spent hours writing my speech for his big day. I was so nervous when I took the mic because I didn’t particularly enjoy public speaking. But I loved my speech. Shortly after I began, I felt the laughter of 300 people wash over me. It was the greatest feeling in the world. And it changed me. Within seconds, it changed me. 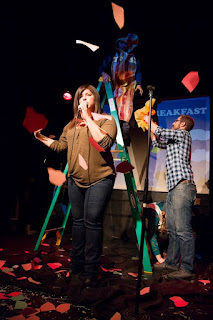 I started standup about a month later, and things started moving pretty quickly. By that, I don’t mean I was killing it on stage. I mean that I felt happier. I felt more comfortable with myself. I was excited about life. I’d go to mics with 4 minutes of material I thought would kill. I was wrong 90% of the time. In fact, a joke that I routinely close on today didn’t get one laugh the first 5 times I did it. But it didn’t matter. I was hooked.

I believe when things are meant for you, the universe pushes you towards them and vice versa. Within 6 months, standup comedy had swallowed my old life almost whole, and I am so grateful for that.

I love standup. I love everything about it. The success of a new joke. The bomb of one that needs work. The people I get to hang out with on a daily basis. Everything.

While I can’t say what will happen with my future in standup and writing, I can say that I spent a lot of time being an “adult” and doing what I thought was right for my life. It made me miserable.

So here I am. Starting over. Nervous. Scared. Excited. Happy.