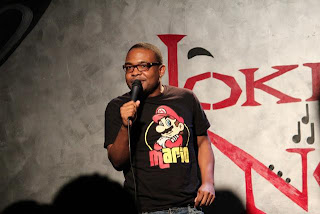 "Eddie Williams was a genius…may he rest in peace"


Too often we don't discover the "brilliance" of a performer until its much too late for them to know it. Eddie Williams is not a real comedian nor did he die a death that requires us to posthumously heap hyperbolic praise of his greatness (that I know of). But Patrice O'Neal, , Greg Giraldo, Ron Shock, Yvette Wilson (and the list goes on and on) were all very real and all very funny performers who did not get the roses while they could still smell them. my point is - if you enjoy someone's comedy, enjoy it now! Death don't make punchlines hit harder.

Every comedian, theoretically, has a sickness that has been well-examined by a need to entertain a group of strangers for little to no pay, for years on end, and with varying degrees of success…depending on your gender (kidding). But I'm taking that even further, by saying comedians are FOR REAL sick!
Diabetes, high blood pressure, cancer, depression, whatever Brian Babylon has, alcoholism, autism, etc. The ailments my fellow comedians face aren't just theoretical, funny people are actually dropping like flies. I no doubt attribute the calling home to glory of so many comedians lately to the mounting pressure to "make it" as well as the crushing reality that a viral video can make someone who takes comedy a tenth as seriously as you do, into a national star. Pressure bursts pipes.

When we tell people flippantly "hey, comedy ain't easy" the underpinning layers that give truth to this statement are growing exponentially. 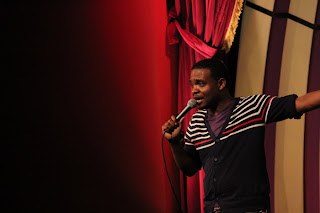 Now, throw a debilitating disease in the mix, and all of a sudden you might be a couple missed dosages away from being eulogized a "comedic genius" by Comedy Central, or at a roast, set in a northside dive bar, with everyone lamenting on how "great" you used to be.

For forty eight hours last week, I laid in a hospital bed after a bout of raging hypoglycemia due to a 10+ year battle with diabetes. I wanted to write something then to encourage comedians to appreciate each other yet feared sounding too Jerry Maguire-esque in my memorandum. but Fuck it.

I have only sparingly discussed the affliction because people tend to only respond with more bad news.

I actually told a friend about the condition and they responded with "I know someone who just died from that." Comforting. I don't think they meant harm, as fucked up as it is to hear, its just human nature. Its what Black twitter has coined #thestruggle.

Everyone has a blank stopwatch on their life thats filled in the day they die, but when you tell people you have diabetes, they begin to fallaciously fill-in that end date for you in their own head.

But when you have survived 20 plus years on the south side of Chicago, you really don't need anyone telling you how to appreciate life. 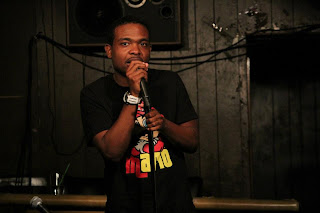 One of the difficulties in dealing with it, is people not being able to tell you have it just by looking at you. Not that I want to carry a huge billboard announcing "I got the sugars!" but sometimes people show less understanding of what you go through if they can't SEE it affecting you. I understand life could be worse.

One comfort is knowing that EVERY comedian I know has something going on that they are dealing with. Listening to Marty Derosa's "wrestling with depression" underscores this point even further as comics talk about the daily personal struggles that permeate beneath our clown masks.

Sometimes I ask myself whats my biggest motivation for being in this business, there are many. But one of them is time. Time isn't promised to anybody whether you have been diagnosed with something or not, so I try to live by doing "as much as I can, while I can." I think someone's passing should be a celebration of the life they led, and the best part about that thinking is that you don't have to wait until they reach the finish line before you start to enjoy the race they're running.

So whether it be an open mic, a shit show showcase, or at 3:00 during last call, take the time to toast another member of the greatest profession known to man.

You never know when God will start flashing that light on you to exit off the stage, as you wave goodbye saying, "thats my time y'all."