The Chicago comedy scene is hot, there's no doubt about that. The resurgent "comedy boom" has been covered in the press and if you've spent any time "on the ground" inside one of the scores of bars and clubs that offer comedy shows, you know that the scene is dynamic, huge and growing daily.

However, just about every year (in the summer usually) there is a small exodus of top talent to either New York or Los Angeles. This is primarily because in Chicago, there is no significant entertainment industry outside of the club scene to speak of. Many comedians are, at root, writers. So comedians who feel they have achieved a certain skill level eventually move to N.Y. or L.A. in search of new opportunities.

But what happens once they move? Is moving out of Chicago all it's cracked up to be? Is it easier? Harder? Should we all just pack our shit now and move? Curious, I reached out to a few former Chicago comedians living in L.A. and got their take on things. 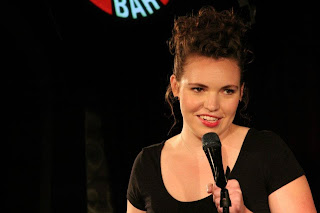 Former Chicago comedian Beth Stelling was already a featured headliner in Chicago when she left, and moving to L.A. has been, by all accounts, a smart move for her. L.A. Weekly named Stelling #2 on a list of “12 L.A. Comedy Acts to Watch in 2013", Patton Oswalt listed her as one of his favorite up and coming comics, she performed at the Just for Laughs Comedy Festival in Montreal and after arriving in L.A. made her stand-up television debut on TBS’s Conan.

Stelling gave her take via email. "Pro: beautiful weather year round. nature surrounding you. vast, diverse comedy scene (it has sub-scenes, even). being on shows with the best comedians ever. the opportunity to make a living out of comedy.  Con: you can get swallowed up; there are a lot of comics. Very career focused people here; if you're slacking you'll feel the burn. I've heard people lament that LA has less stage time than other major cities; I don't find this to be true. People blame the widespread nature of LA neighborhoods making it difficult to get to your next show; you can figure it out." 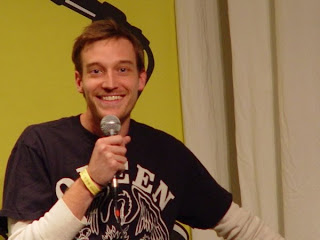 Ken Barnard, was a Chicago scene stalwart for years, he headlined at the legendary Lakeshore Theater before it closed and worked with Maria Bamford, Bo Burnham, Andy Kindler, Kristen Schaal, The Sklar Brothers, and Reggie Watts to name a few.

Barnard had this to say - "The hardest part of moving to LA is the inevitable restart. No matter where you were in the Chicago comedy pecking (pecker?) order, most people start back down at the bottom in LA. Shows can be harder to get on because you're competing with more comics, funnier comics and more famous comics. That said, LA is a really fun city if you like constant sunshine, going outdoors and having interesting experiences. If you're trying to make money doing funny, you kind of have to be here. It takes a little bit to get used to it, but you just have to find activities and people that keep you sane and centered. Also, on the plus side, you can't induce a supermodel-size vomit without hitting someone from the Windy City in LA. It's like little Chicago, only bigger." 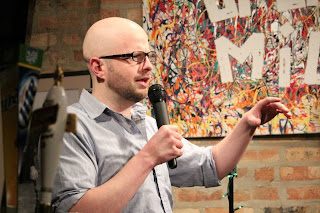 Comedian/writer Hank Thompson moved to LA. a little over year ago and is currently a producer for  The Young Turks (the largest online news network) which takes up most of his time although he hits up mics in L.A. when he can.

His take - "Don't be afraid to go to LA, it's not as scary as everybody thinks. Get the fuck out of Chicago. You can fail here too. One of the pros of Chicago is you can get better without anybody watching you, which is also a con. In L.A it's about the same money to live here, maybe even cheaper, the parking is better, it has much much better weather - I know that sounds like a cliche but it's really fucking true. Really it's a very similar scene, you got your weirdos and some people getting better... except there are more celebrities. The cons are your just a smaller fish now and some open mics are pretty shitty, it can be a little tough to get around because it's more spread out but it's not daunting. Basically what's horrible about the L.A. scene is the same shit that's horrible about the Chicago scene... except you get to do it in much nicer weather."

Cameron Esposito moved to LA a year ago and appropriately enough she appeared on the Late Late Show on the exact one year anniversary of the move. After her killer set, she sat down right in between the host Craig Ferguson and his guest Jay Leno. Not too shabby.

Here is Espositos perfectly phrased & masterfully neutral sentiment - "I think it's really easy for comics to see this as a Chicago vs. LA situation, but my thought is comics should be in whatever city feels challenging & scary & difficult & exciting to that particular comic. That's the biggest pro any city can have."

There you have it, an almost cheery assessment of the L.A. scene. Makes me want to grab the sunscreen and pack the bags... almost. Check out this clip of T.J. Miller being interviewed by Jacob Williams on what the transition between Chicago and L.A. has been like for him. A very honest and funny/candid take. You can catch Miller in Transformers 4 next summer.