Whoah. Tuesday is looking extra dope tonight. If you haven't been to Zanies, tonight is a really good night to visit the historic club and catch two of the best Chicago comics on stage before they  inevitably move out of town. House Of Blues and Chicago Underground are also good bets. Check out what's popping. 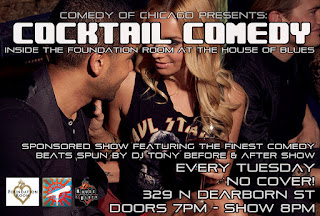 
Adam Burke and Calvin Evans at Zanies!!
1548 North Wells St. Show - 8:30PM
Two of the best comedians in Chicago co-headline the most historic club in the city.
Burke and Evans are absolute monsters in the Chicago scene. Both tour nationally and have way too many credits too list here. This is a rare chance to catch them perform on the legendary Zanies stage,
RECOMENDED
1548 North Wells St.
312-337-4027 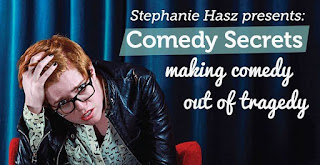 @The Beat Kitchen, 2100 W. Belmont, Chicago
Comedy Secrets is the only show where the audience is made to take an oath of secrecy at the beginning, ensuring that whatever is shared at each show will only be known by those in the room. Comedians share stories ranging from screwball comedy to absolute tragedy, but co-hosts Stephanie Hasz & Andy Fleming, as well as a revolving guest panel hilarious comics, are there to prove that TRAGEDY = COMEDY. This is a comedy show celebrating celebrating secrets & sadness. Over-sharing is caring.
This month, Andy & Stephanie host secrets from:
Tim Barnes
Bobby Condon
Danii Gallegos
On panel:
Charlie Rohrer
Deanna Ortiz
All closed out with stand-up from Derek Smith!
Doors open @ 9:00pm
Comedy Secrets @ 9:30pm
$5 tickets at the door

at Annoyance Theatre & Bar
851 W Belmont Ave, Chicago, IL 60657 on Main stage
Nervous Breakdown is a comedy show at The Annoyance Theater that combines stand up comedy and improv. Stand up comedians perform their set based on audience suggestions. As soon as they finish, our team of improvisers put together short scenes based on said riffs. You want more, fine, throughout the evening audience members will also have the option to perform too! You'll see how it works when you see the show, just shut the fuck up and get here. Show starts at 8 PM every Tuesday at The Annoyance Theater. 851 W. Belmont. Appearing on this week's scorching hot lineup:
Nicholas Rouley
Dan Friesen
Kristin Clifford
Tyson Karrasch
Tickets:
$8.00 buy them here