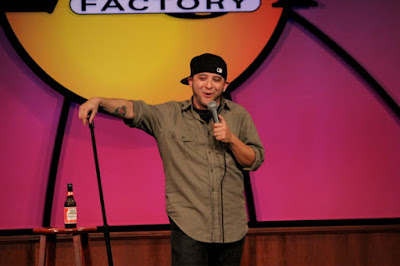 Joey Villagomez is a staple of the Chicago comedy scene. He featured on the HBO Latino special, "Habla and Habla Mas en Chicago," and he has a monthly show at The Laugh Factory, called "Laugh Factoria" which has become one of the most popular Latino showcases in Chicago. He also performed alongside Manny Maldonado, Joey Medina, Alex Reymundo, and Paul Rodriguez in the Latin Kings of Comedy at the Horseshoe casino. (You can catch Joey perform May 14th this Sat at VIP comedy)

Right before headlining the Mikey O Comedy Show at Joe’s Bar, Joey took the time to share his story along with advice and wisdom on that it takes to be a good stand up. You can see Joey at the Laugh Factory February 21 and again on February 26. He will also be headlining the Lincoln Lodge on March 6. Enjoy!

Why did you decide to do stand up?

I came from a rough area. My brother got caught up in a life of crime, I grew up with gang bangers, a lot of my friends ended up in jail, couple friends got murdered, and I knew I had to do something different. I had always wanted to do stand up.

Who were your comedy influences?

Martin Lawrence, Eddie Murphy, Redd Foxx, Richard Pryor, Freddie Prinze—not Junior, the dad! And my dad loves comedy, so I’d always watch it with him. When I got older, I saw Andrew Dice Clay’s The Diceman Cometh. Dude, I was like, 10 when I saw that and no lie, that shit had me on the floor! I used to love that shit! [laughs] And I mean, he gets shit on now ‘cause he does those same jokes from the ‘80s, but watching it back then was crazy! Then in my teens, Def Comedy Jam came out, and watching Martin Lawrence host that show is what really made me want to do stand up.

You grew up on the south side of Chicago. Is that where you started?

No, actually that’s a big misconception. I started doing stand up on the north side at a place called The Orange Crush. They had an open mic, so I did it and ended up meeting a guy named Ricky Carmona, and then I saw him again at a Mikey O Comedy Show, and we became friends. After that, I started going around to other open mics and really seeing how it worked. 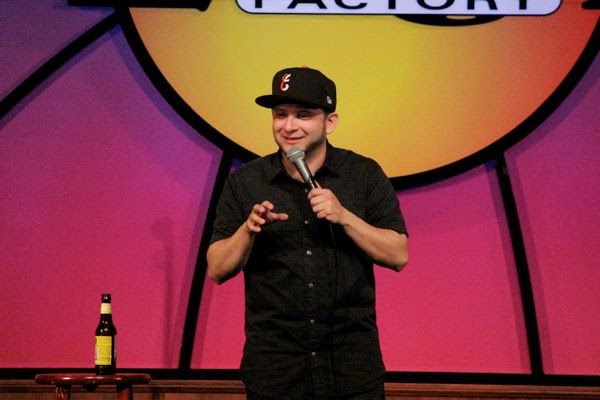 What is your writing process like? Are you the type who sits at a desk and cranks out jokes during a certain hour?

Naa, I can’t do it like that. [laughs] I’m a family man! I got my kids, I’m driving them to school, everything is always on the go. All my stuff is on my phone. Ideas just come to me wherever, whenever, and I’ll just jot down a note.

What does it take to be a good stand up?

You gotta have talent. Talent is needed to be able to do this. And you gotta be quick, you gotta be witty. When I was younger, I was 5’2, skinny as hell with bigass glasses. People tried to bully me, but I wouldn’t play that shit. I always had a smart mouth, so I used to take people down just by rippin’ on them. To get into stand up, you gotta have a little bit of that. You gotta be a smartass! Some of the funniest comics were smartasses—we talked back to our parents, we talked back to our teachers, we got arrested for not shuttin’ up when the cop told us to shut up!

Also, write GOOD jokes! That’s what it all boils down to. There’s this thing where it’s like, “Over here is this clique and over there is that clique...” but not everybody in the clique is funny! [laughs] You still gotta write funny jokes! 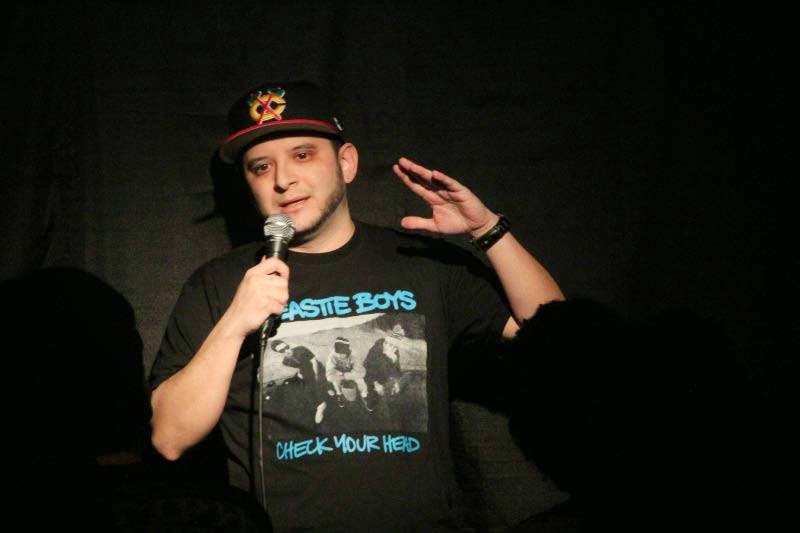 How long did it take you to move up from doing open mics to doing clubs and real shows?

What does it take to get booked on a Mikey O Show?

Most comics are recommended by another comic. And from there, you might get a guest spot. It’s a real test, though. People are paying 20 dollars to come in. So, make sure you write funny jokes, know how to write out a set. Know what you’re doing.

Do you need to be doing Latino jokes in order to rock a Mikey O Show crowd?

Na, see don’t think that way. Whatever jokes you’ve been writin’ and doin’, just stick with that. Don’t try to please crowd—and especially other comedians. I used to walk into a room and see guy I know is hilarious and be like, “Ahh he’s legendary! I gotta make THAT guy laugh!” But naa, make the audience laugh! Then, that guy will see that you know what you’re doing. It works better that way. 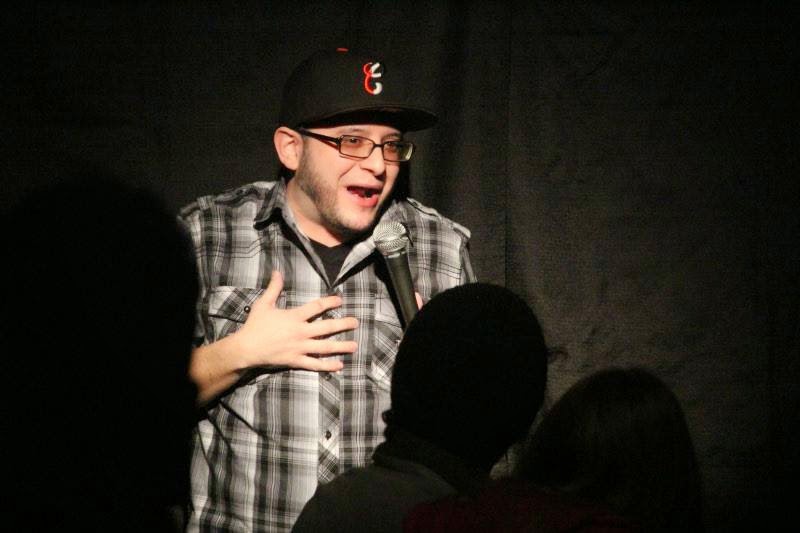 What do you do to prepare for a big show?

If I know I got a big show coming up, I’ll sit down and write out a set. Like when I did The Latin Kings of Comedy with Paul Rodriguez last year, I knew about that two months in advance. I sat down and looked through ALL these notes that I had until I was able to piece together a solid 30 minutes.

You performed with Paul Rodriguez, Joey Medina, Alex Reymundo, and Manny Maldonado. Had you ever been on a show like that before?

That was the biggest production I had been part of. And I had done theaters before, never in front of a sold out 3,500 seat crowd with the production company puttin’ big money into it, lots of marketing, all that stuff. It was the first time I had worked with Paul Rodriguez, and I had met him probably a year before that. The other guys I had worked with them plenty of times, so they helped put in a good word for me.

How do you stay sharp and not get nervous on the biggest show of your career?

It all goes back to constantly getting on stage, man. I mean, if you spend 4-5 years of just getting on stage all the time, you’re gonna get sharper. I mean, I’m almost 10 years in—I was 8½ years in when I got Latin Kings of Comedy, and I had done SO many shows before that. So, I took all my favorite jokes from all those years, and put together a solid set from front to back. 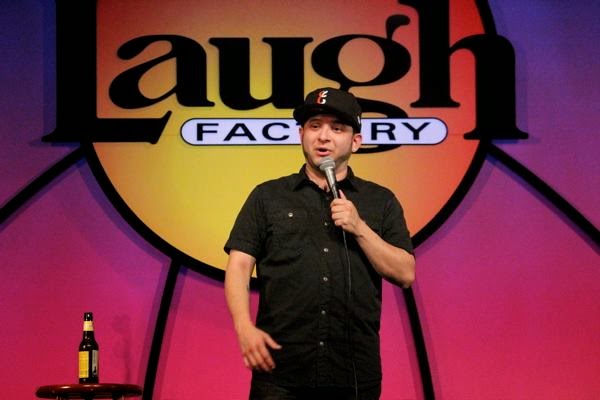 On top of being a comedian, you’ve been married for 15 years, with two kids! How do you balance everything?

Honestly man, it’s hard. I always envy the comics that can just jump up and leave. With kids, they don’t want to leave, they love Chicago to death! So, I always had to fight with that, ‘cause I can’t leave my kids. But now that they’re older, it’s a little easier to be able to leave and go to New York or L.A. for a little bit.

Your wife was supportive of you doing stand up?

My wife supports what I do. And, we struggled a lot, but my kids are straight-A students because she made sure they did well in school. We met fresh outta high school, got married young, had a baby young—she ain’t goin’ nowhere. [laughs] 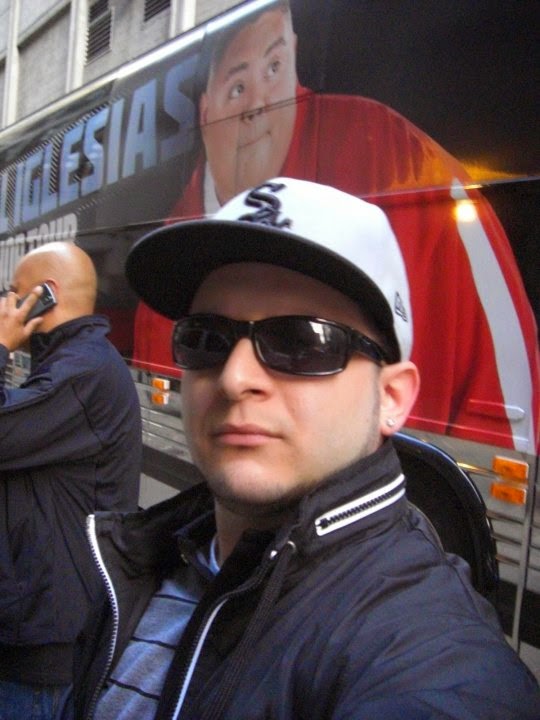 Don’t rush it, take your time. Show the people you know about timing. If a bit doesn’t work, just bounce right on to the next one. Your jokes can be written well, but they’re just not hitting on a particular night. Just be smooth, no matter how nervous you are.

What are some bad habits that you don’t like to see in younger comics?

Don’t fiddle with the mic cord! Also, I hate when comedians hold the mic from the top, like a rapper! [laughs] It’s like, “Yo! We can’t hear you! We can’t see your face!” People notice all that stuff. I used to make fun of Abi Sanchez ‘cause he used to hold the mic upside down! [laughs] Hold the mic so you can just be loud enough for everybody to hear you. And if it’s too loud, lower the mic.

Advice for someone new to the scene?

When you’re brand new, you gotta be out there a lot ‘cause people gotta know who you are. I hear a lot of comics say, “I’m gonna take a break.” From what?! If you take time off, there’s gonna be new young guys poppin’ in that are funny as shit, and now people forgot about you. Then, you gotta start all over again.

Number one, seriously: Don’t be an asshole, man. [laughs] Don’t be a cocky asshole. We deal with guys like that, they’re already around. If you wanna get into the scene, don’t be like that—especially right away! You gotta make friends before you can do anything. Two: Keep writing! Don’t be afraid to try new stuff. You’ll see a lot of comics that have been doing this for 10 years, and they’re still doing the same set! Three: Get on stage, A LOT! Try to host a lot. Hosting is one of those forgivable positions ‘cause you’re the guy that’s just kickin’ the show off. If your jokes don’t work, it’s forgivable, and it’s great way to get more comfortable on stage. Other than that, just be you.