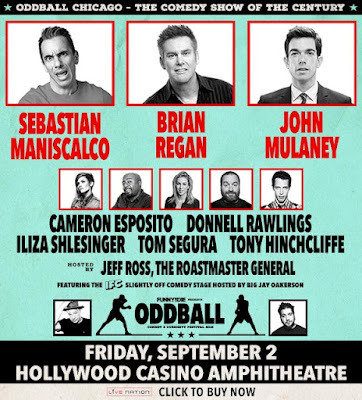 The World's Biggest comedy tour is back for a fourth Consecutive year with an insane lineup of the best comedians alive.

The 2016 Oddball Comedy Festival will kick off it's national tour starting on Sept 2, in the Chicago area, with a powerhouse lineup featuring:

Hosted by the ONE and only Roastmaster Jeff Ross

As in years past, the lineup will vary from city to city, so if your a comedy fan wanting to catch this tour in another city you are urged to check your local listings.