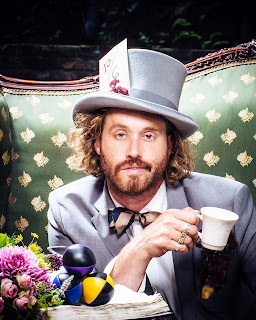 TJ Miller, (Silicon Valley, Cloverfield, How to Train Your Dragon, Big Hero 6, Deadpool)  is coming to Laugh Factory Chicago for a SPECIAL POPUP MIDNIGHT run through set of his upcoming one-hour HBO special...

Did I mention that it's  TONIGHT AT MIDNIGHT!

T.J. Miller is one of the most sought after comedians in the comedy world. One of Variety’s “Top 10 Comics to Watch,” and EW's “Next Big Things in Comedy," Miller currently stars in the popular Silicon Valley which is in production of it's 4th season - but really, the he's a fucking monster at stand-up comedy, and it's in this format where dude shines.

People, trust me on this, it's a rare opportunity to catch T.J miller at the Chicago Laugh Factory, so jump on this while you can.

Get your tickets NOW before they sell out.
Must be 18 years and over.