"Everybody complains about politicians. Everybody says they suck. Well, where do people think these politicians come from? They don't fall out of the sky. They don't pass through a membrane from another reality. They come from American parents and American families, American homes, American schools, American churches, American businesses and American universities, and they are elected by American citizens. This is the best we can do folks. This is what we have to offer. It's what our system produces: Garbage in, garbage out. If you have selfish, ignorant citizens, you're going to get selfish, ignorant leaders. Term limits ain't going to do any good; you're just going to end up with a brand new bunch of selfish, ignorant Americans. So, maybe, maybe, maybe, it's not the politicians who suck. Maybe something else sucks around here... like, the public. Yeah, the public sucks. There's a nice campaign slogan for somebody: "The Public Sucks. Fuck Hope"  -  George Carlin

Comedians, for the most part, are a pretty liberal class/segment of American society and the Chicago comedy scene (arguably the best scene in the country) reflects that as well. So you can imagine that coming out as a Trump supporter was probably not going to go over well. But, one particular comedian, Mikey Manker, did just that. What's really interesting is that Mikey had been creating a nice bit of local buzz for himself in Chicago. He had recorded an album, was getting booked at all the top local showcases and was hosting and hitting up rooms all over the city. He even got a little local press here & there. But after Mikey came out of the Trump closet so to speak, he claims that he found himself losing bookings for his incessant trolling of liberals and his political stance.

Curious to find out why he supported Trump, we reached out to Mike via email for the following interview.

Comedy of Chicago: The Chicago scene, as a whole, is pretty liberal, what was the
typical reaction you got when you came out as a Trump supporter? Mikey Manker: At first people thought I was just bullshitting. And in a way, I kinda was. I wasn't quite set on voting for Trump back in March or April. But I thought it was real fun to post pro-Trump articles, memes, general trolling/shitposting about Trump. 98% of my FB feed is primarily super leftist, liberal millennials. Its nauseating reading the same SJW/Feminazi/Socialism rhetoric over and over again. And for me, as someone who secretly never really believed in that nonsense, but had to because I wanted to fit in the comedy scene for such a long time, I finally had a breaking point. So I decided to infiltrate it with bit of Trump nonsense. But the more I researched Trump on social media, the more I discovered people who are like me in my political beliefs and thinking. People who internally hide what they really think and feel because they are afraid of being publicly outcasted by their peers. I decided to rebel a bit. And I'll tell ya, I'm not the only comic who thinks like that. Plenty more have private messaged me but are too afraid to come out for fear of being ostracized.

COC: Were you unfriended by folks on social media?

MM: Of course, I mean, once you come out as a Trump supporter, and also decide to shit talk very left leaning principles and ideas, you are going to piss off people. It sucks, I get why they'd do it. Whatever. They are just missing out on the fun.

COC: If you can, sum up your support for Trumps presidential bid in your own words. 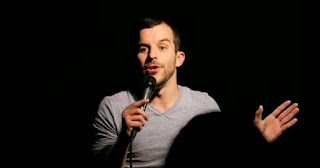 MM: I broke my vote down into two parts: 25% of my vote was policy related, and the other 75%
was a personal fuck you to Liberals. I also voted here in Chicago. The state was going Blue anyway. Only like 3 neighborhoods here went for Trump. Two of which are home to cop and fire dept families.

I knew my vote wasn't going to change a thing. But it felt very empowering to fill in the Trump bubble. Although a small part of me almost wrote in "Harambe The Gorilla"

The policy ones are actually very personal to me. And I'm happy to discuss them with someone in whatever forum as long as they sincerely want to know and have an honest and open discourse as well.

COC: Did your political position effect your options for booking?

COC: Facebook Friends and real friends are not always then same thing, did anyone you thought you knew well (or for a few years), treat you different?

MM: My philosophy is this: If someone drops you as a friend because of your political beliefs, then they were never your friend to begin with.

COC: Did you feel like your right to voice your opinion and/or your free speech in general was being unfairly stifled. 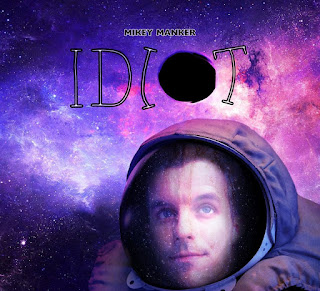 MM: No, not at all. I have unlimited access to all platforms on social media. If want to post
something, I'll post it; if I don't, then I don't. The only thing is I wished more people would have asked why I do what I do, instead of making up their own stories.

COC: Anti-Trump sentiment is a pretty passionate and mostly a reaction based on his perceived sexist and racist comments, trolling and posturing, do you understand where that sentiment is coming from? Yea, but that's what people in the media tend to focus on. The polite Trump supporter - which makes up most of us - doesn't really get clicks on the internet.

MM: Yea, but that's what people in the media tend to focus on. The polite Trump supporter - which makes up most of us - doesn't really get clicks on the internet. Of course there is sexism and racism among some Trump supporters. But let's not sit here and pretend that Liberals don't have their fair share of terrible people. Go on social media. You'll constantly see Liberals talking about how terrible white people are. That's textbook racism. Go look at the past few comics around the country who we have found out to be rapists. I guarantee you most were Bernie supporters. Yet they are all afraid Trump is going to spawn an uprising of sexual assault. Mother fuckers, you were doing it well before he won the election.  And if you are going to label the entire Alt-Right a bunch of racists for what a few people do, then you see why people label BLM a "terrorist" movement because of a what a few people do. 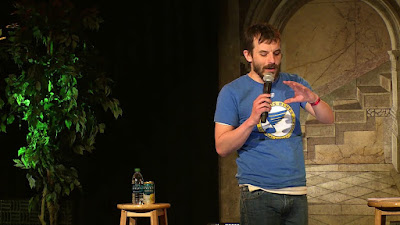 MM: Also, to clarify, I'm not part of the Alt-Right movement. I just like their memes.

COC: What was your reaction when Trump won?

MM: It was a shock. But as soon as I saw him get Florida, all the right-wing news people I follow on twitter were saying Michigan was next. And I pretty much knew he was going to win. It was also 2am and I was exhausted. I had a celebratory beer, watched his acceptance speech, and went to bed. I told myself that if he won, I wouldn't gloat that night. Why gloat? I didn't fucking win anything. I'm just happy about how much fun having him in the White House for 4 years is gonna be. So many awesome tweets and memes. Plus if the certain policies that I want go in to place then that's awesome too. So, wasn't going to gloat. However the day after the election someone posted some sarcastic comment on my page about me having minority friends. They said "Do you even HAVE any minority friends?" And I thought, "these mother fuckers aren't going learn their lesson, huh? You think years of calling people racist and sexist when they aren't wasn't going to backfire? Well it did. People all over got tired of it. Your families who you kept saying were racist degenerates just because they live in the south got tired of it. All those people who you took pictures of at Wal-Mart and shamed online for wearing "NRA" hats got tired of it. And they all showed up to the polls on Election Day and personally told you and the rest of America how tired they are of it. So I started gloating. And I won't stop.