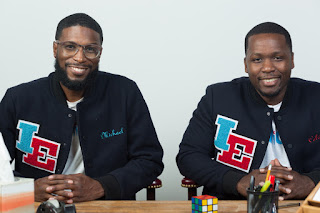 Headlining at Zanie's Chicago tonight are comedians Michael Issac and Calvin Evans. Come see the all the first all black stand-up duo! Tonight they come together as ISSAC & EVANS. Tonight come experience their very first headlining performance. It is guaranteed to be absolutely epic.

Michael Issac Chicago Southside comedian/actor who is regularly featured at Zanies Chicago. Issac’s style combined with his amazing stage presence is appealing for all ages and backgrounds.

Calvin Evans is a Chicago bred standup comedian/actor/writer who has made a huge staple in the city. He has recently been seen on Kevin Harts’ “Hart Of The City” on Comedy Central, “Acting Out on MTV. He made his acting debut on Shameless on Showtime and on Chicago PD.