Interview with The Sklar Brothers 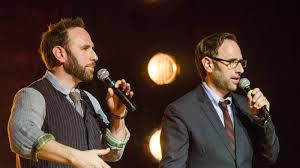 The Sklar Brothers (Americas favorite twin comedy duo) will be taping a ONE hour special for the Seeso comedy network on February 11th at Lincoln Hall. Claiming Chicago as a favorite city to visit and perform in, the duo is super psyched up for this special, which will also be released as an album on Audible Channels,

You cant ask for much of  a better comedy resume then the Sklar Brothers. They have released 4 comedy albums, had 2 Comedy Central specials, a 1 hour special on Netflix, hosted their own show on ESPN and acted in a ton of shows from It’s Always Sunny in Philadelphia to Curb Your Enthusiasm.

Randy & Jason were cool enough to take time out of their busy schedule to answer a few questions (via email) about their upcoming shows & their passion for stand-up comedy.

Comedy of Chicago: Hi guys thanks for doing this. On February 11th at Lincoln Hall.
you will be taping an Audible-produced one-hour comedy Seeso special,
at Lincoln hall, Obviously you guys could tape this special in any
city you wanted to, why Chicago?


The Sklar Brothers: We love Chicago, as a city of smart grounded people. We’ve always had killer shows in Chicago. Growing up in the midwest, in St. Louis and going to college at the University of Michigan, we always looked at Chicago as this cosmopolitan spot smack dab in the middle of the country with wonder and envy. And when we started performing regularly in the city, we realized what great comedy fans lived there. We have not been to Chicago in over a year and a half to perform so hopefully this material will be fresh to our fans who are there. 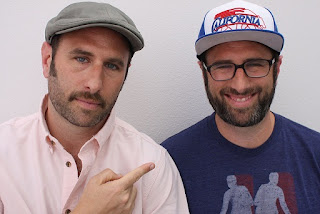 COC: I actually met you guys at a show years ago, and the place was packed with a die hard fan base. How would you describe a typical Sklar Brothers fan if there is such a thing?

TSB: Typical Sklar Brother fans are usually the Elderly or dishonorably discharged marines. That’s our demo. Kidding. We tend to have a nice mix of men and women, sports fans and comedy nerds. Our fans to us are like gold and we really do feed off their enthusiasm. Most importantly, they are willing to go with us on whatever journey we take then on. They are usually well read, a little off kilter and willing to participate in the joke, or up for anything.

COC: Without giving away too much, what can those fans expect at this special?

TSB: This is a really introspective special where at times we will explore some of the subtle differences between our current lives. The rapid fire banter will of course be there along with some nice long stories about our childhood as a road map to explain what we are experience as parents of little kids today. 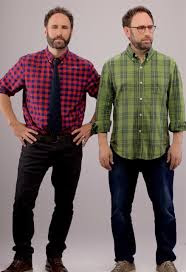 COC: As successful writers/director/actors in your right, you have a lot of choices when it comes to making a living, what keeps bringing you back to stand-up?

TSB: Great question. Stand-up for us is the most visceral of all mediums we work in. You think of an idea, flesh it out a bit and then take it to a stage where immediately, an audience will tell you if that is funny. More than TV or Film studio podcasts, or web stuff we’ve done, the reaction is immediate. You are out on an edge opening up your ideas, laying yourself bare. It’s a scary and amazing place to live. And you have to think on your feet and on the fly at times if you have to switch things up to meet your audience where they are at. This is something, that unless you’ve ever done stand up before, most people don’t ever experience. We love it, the challenge of it all. Finally, it’s total control over our material. We put out there what we think is funny without notes ore adjustments from anyone else. And because of that, we can live with the results every time, whether we kill or it’s a rough set. There is something beautifully powerful in that control, as we careen about in an industry where lack of control rules each and ever day.

COC: If you weren't comedians do you think would you guys would you still work together?

TSB: If we weren’t comedians, I think we would find some way to work together. May be we would have been a lawyer team. Who knows? We almost went to law school. Maybe we would have taken over our father’s business of selling alteration supplies and velcro. I do think we are drawn to each other and always have been. And somehow, someway we would have found a way to Sklar it up.

COC: The Chicago comedy scene has exploded in the last few years and is flooded with new comics, any advice for comedians struggling to find a unique voice?

TSB: Our advice to new comedians is simple: observe a lot of comedy, and find out what you like about your favorite comedians working today. Identify those things and then ask yourself why you like them. Is it Maria Bamford’s honest stream of consciousness, or Bill Burr’s honesty, or Nick Thune’s storytelling. Then ask yourself what you do, in and among your friends that makes you funny. What is the funniest version of you? And then how can you bring that to the stage. How can you infuse that funny truthful version of yourself into material or a character that represents you on stage. Then start to build your material and go up as many times as you can. The more experience you get on stage, the better you will get. Also, immerse yourself in a good comedy scene. Chicago has an amazing scene, like SF or Denver, or Portland or DC. A great scene will have other sharp young comics who will push you to your limits creatively. They won’t accept you doing hacky stuff. So they will hold you to a high standard, which raises the bar for everyone.