There has been a lot heated discussion about comedy and political correctness lately. From open mic rants to mainstream articles critiquing Dave Chapelle's latest specials. Some of this we can credit to (the greatest shock value hack comic that ever lived) President Donald Trump taking office. Also we can give credit to the legions of "woke" white liberals who always claim to have "the greatest sense of humor" - but at the same time get outraged when you misuse a pronoun at a 12:30 AM open mic.

Of course a lot of PC culture is just a sign of the times we live in.. Yes, we as a society have truly progressed and much needed change has happened. But what most newer comedians bitch about is: "PC culture gone too far!" This generation of aspiring comedians, that idolize icons like Bill Burr, Patrice O'neil, Louie CK etc, seem to use the excuse of "well these jokes would work if I was so & so" (insert famous comedian name here). And with that I say "go fuck yourself". Do you think any of those famous comedians had a point of view day one into performing stand up? The answer is HELL NAW!!!

They had to learn their point of view after years, and for some, damn near decades of doing comedy. And once they found their voice THEN they built a following. Yes they get to be more risque on stage, but that's because they earned the trust of their audience not to lead them astray. So instead of wondering why your "edgy" jokes aren't working - work on being just plain funny first. 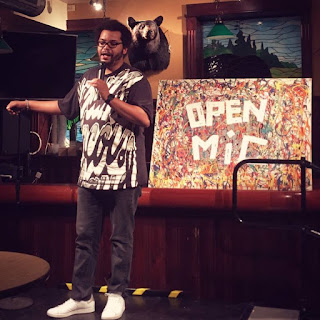 Some of you are probably saying "well people criticized Dave Chapelle's last stand up special so I KNOW there is a PC problem". In the last 15 years or so comedy has become 100 times more accessible than what it use to be. This means a bigger audience and comedy is subjective. So a few critical social media posts - compared to his 5 star Netflix rating is about right. 15 years ago you had to find your people like Louie, Burr, and even Chapelle. Now they are a click away. This, and info being right on our phones, we are truly living in the age of spin. That Chapelle "controversy" lasted a week or two tops, then Trump did something dumb and all was forgotten.

BUT - there is the safety pin crew. Those who have never had a struggle themselves so they choose to be offended on the behalf of everybody else. The phase "hate speech" gets thrown around pretty loosely by this group and I believe it's mostly because they have never truly experienced any hate in their lives. George Lopez told a joke "There are two rules (growing up) in a Latino house, don't marry anybody black and don't park in front of the house". This got labeled as hate speech. As a Black comic that grew up in a pre-gentrified Logan Square and dated my fair share of Latino women that joke is not only accurate but funny as shit. George Lopez isn't condoning or encouraging this behavior, he is simply pointing out the environment that he was brought up in. Also I find it hard to accept that George is "hateful" towards black people when he was at the time on tour with four other black comics (DL Hughley, the late Charlie Murphy, Cedric the Entertainer, and Eddie Griffin). 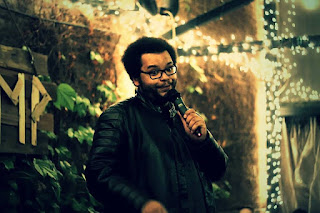 However, PC culture  HAS helped comedy move forward with society and progress with the times.
Eddie Murphy probably makes most people's Mt. Rushmore of comics and even he has some outlandish bits that doesn't hold up in today's standards. The first track on his first album is called "Faggots" and the first track on his second album is called "Faggots Revisited," where one of his list of rules is "Faggots aren't allowed to look at my ass when I'm on stage" and that gets an applause break (I honestly find it incedible that homophobia was just so open back then). I don't think there is a problem with using the f*g word as long as its not completely for shock value. Eddie Murphy's joke does just that.

Now if you take the Jesus Christ of stand up comedy Lenny Bruce,(he died so comics can have free speech) he has a slur in a joke that's not just for shock value. "What does a group of white people call a black guy that leaves the room - a nigger." This Joke was written in the early 60's where most white people (and by most I mean damn near all) were still very much racist behind the closed doors of there black friends. And you're probably saying "duh of course" keep in mind this is a white Jewish man in the 60's saying this so back then there wasn't any woke white people claiming this.

Comedy isn't too PC. Its just more accessible and times they are a changing. The audience will know if what you are talking about is coming from a real place and not just going for shock value. If you are true to yourself - and 2 people are mad at that and 8 other people are laughing - you are doing fine.

Contributing Writer Ed Towns
Ed is a comedian, producer and writer who performs stand-up all over the Chicago comedy scene.