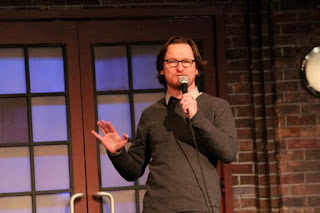 I know some of you don't want to do corporate shows or fundraisers. I get it and I respect it. It's not you . It's not your art. I wish you the best.

A) I'll probably have less sympathy if you complain about how you never make any money off of stand-up and/or don't have any gigs coming up.

B): If you DO want to make a bit of scratch doing corporates or fundraisers:


1. Get your shit together. Have a headshot, a bio, and a clip ready to go. HAVE AT LEAST ONE CLEAN CLIP.


2. USE THE CALENDAR app on your phone so if you're out and about and you get info on a possible gig you have your avails right there. 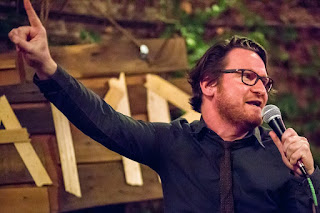 3. Develop clean material or adapt what you have to be clean. THIS DOESN'T MEAN CHANGING WHO YOU ARE. You are still that edgy crazy comic with the non sequitur about oatmeal. But being able to select the cleaner material out of your oeuvre isn't a bad skill to have. Not all corps and fundraisers need to be clean, but a lot of them do. Have material that is not location specific. Be open to tailoring your stuff.

5. If and when you do get booked. Be on time, be pleasant, and don't be a dick. Get info on payment before hand so you don't have any nasty surprises. It's rare that you'll get get paid cash; be prepared to get a check either on site or in the mail. 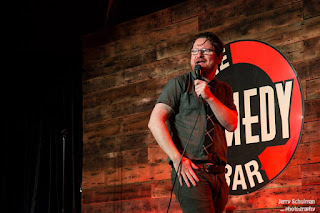 6. Lastly and most importantly: LEARN HOW TO HOST, LEARN HOW TO HOST, LEARN HOW TO HOST. Most people don't like speaking in public. That's why they want entertainment at their function in the first place. Sometimes they'll want you to just do a set, but sometimes they'll want you to give out an award, or roast Joan from accounts, or just generally be the person talking to a room full of people so they don't have to. The more facility you have at getting a cold room of chatty people to leave the buffet and focus on the stage, the more work you'll get.

Now if you think all of the above makes you a sell-out or a shill, then fair enough. Go with God, and all that. But remember: a lot of people don't go to stand up shows. Having comics at a fundraiser gives them live exposure to the art form they might no otherwise have had, and the person who enjoyed your act at their company's Annual Clam Bake might be motivated to come see you at Wacko's Fart Barn in Kalamazoo and bingo, you've got yourself a fan. And isn't that the point of all this?

Some unsolicited advice, from yours truly.
Adam Burke

Adam Burke is a Chicago based headliner comedian, writer and producer. Burke has performed in the U.S. for almost ten years and is fixture at showcases and clubs throughout the mid-west. He also is a regular panelist on NPR's Wait Wait Don't Tell Me, and has opened for Marc Maron, Jeff Ross, Hannibal Burress, John Mulaney, Hari Kondabolu, Maria Bamford, Michael Ian Black, Kumail Nanjiani, John Oliver, Tracy Morgan, Aziz Ansari, and many more.
Newer Post Older Post Home