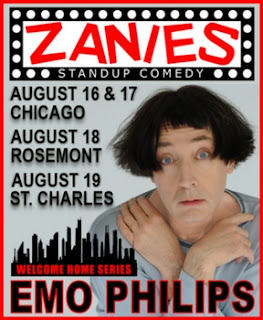 Don't miss out this weekend to see the legendary comedian that Jay Leno himself described as “the best joke writer in America”.

Emo Philips credentials are off the charts with award-winning comedy albums, multiple cable specials including on HBO. He has made many appearances on television, as well as in America and the UK. He's made appearances in films, voiced a few animated TV shows, but he stand up is where his heart is.

Check out his last few shows at Zanie's this weekend