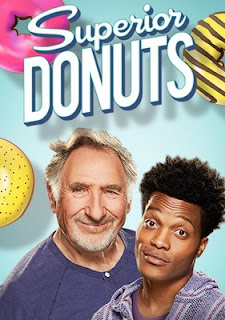 Don't miss your one chance to see the cast of CBS Superior Donut are hitting the Zanie's Comedy Club in Chicago for an amazing performance.


Jermaine Fowler who had his own Showtime special, Give ‘Em Hell Kid & has been featured on animated series, Robot Chicken & BoJack Horseman and seen on The Nightly Show with Larry Wilmore, The Late Late Show w/ James Corden and soon to be seen on HBO comedy, Crashing.

David Koechner, actor/writer/producer is most known for his roles as Todd Packer on the hit TV series, The Office and Champ Kind in Anchorman & Anchorman 2.

Maz Jobrani, comedian/actor who has had three Showtime comedy specials, has made more than 50 guest appearances on television series, including Grey’s Anatomy, Curb Your Enthusiasm, True Blood and Shameless. He's performs stand-up live around the world, including the White House for Michelle Obama.

Rell Battle has performed at comedy clubs across the country and overseas. He's the creator & an executive producer of Comedy Central's, Roast Battle & written for Comedy Central’s, Hood Adjacent. He's been seen or featured on Key and Peele The Eric Andre Show, Coming to the Stage and Adam Devine’s House Party.