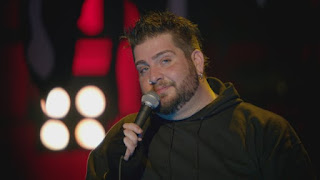 SPECIAL EVENT MARCH 1 & 2
For TWO SHOWS ONLY - Comedian BIG JAY OAKERSON will be performing at the legendary Chicago comedy club ZANIES. Oakerson's story-based style of stand-up comedy has been seen on Comedy Uncensored, Underground with Dave Attell, " FX’s “Louie”, “Inside Amy Schumer” & “Late Night with Jimmy Fallon.” He was also a featured storyteller on Comedy Central’s web series “This is Not Happening and he received critical acclaim for his performance as "Neil," the sexually ambiguous owner of a NYC rock club. He's also got more TV credits than you can shake a microphone at with appearances on Comedy Central's, BET's "Comic View and HBO just to name a few. Oakerson also performs stand-up comedy at Rock festivals all over the world and performed for a for a fourth time at Montreal's Just for Laughs Comedy Festival, performing on (and closing) the "Nasty Show", a festival favorite. Be sure to catch this RARE opportunity to catch Big Jay NEXT weekend at Zanies (MARCH 1 & 2)... RECOMMENDED.
Newer Post Older Post Home