Get to the south side... 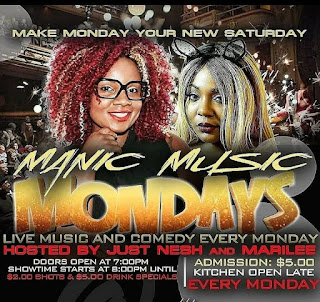 Jokes and Notes might be gone. But there are still some great rooms on the south side.

If your a comic who is really serious about performing stand-up comedy - and you have never performed at a south side room you really aint that serious & you're doing your self a disservice.

Nine times out of ten, such rooms will have a real "paid a cover" audience, a professional DJ, a dope ass host and real local stars who drop in to work out sets. Any serious comic who has performed at a black room and killed it - will tell you there is no feeling like it in comedy. And if you can confidently destroy in that type of room on a consistent basis - you can fucking kill anywhere.

Sure, some of the rooms are way out and maybe are a long drive or hard to get to on public transportation etc - So what, big deal... figure it  out like serious professional, go with a group, share a car, go Uber Pool whatever it takes. This art form is difficult as hell so push yourself and get out of all the lazy comfort zones. Joke and notes aint coming back, and shitty north-side mics are a dime a dozen right now. But there are some magical rooms going down on the south side that are the next best thing to what jokes 7 notes use to be...

Here are some recommended rooms you should check out...