Someone may have told me this story at a bar. I can’t remember where I heard it but it’s a good story.

A couple went to see a Broadway show staring Barbara Streisand. They were enthralled with Ms. Streisand’s performance and decided once the curtain went down they were going to find her and offer to buy her a celebratory drink.

The singer emerged from backstage and was greeted by her new fans. They instantly declared the next round was on them. Turns out, Babs wasn’t thirsty. She thanked the couple for their tidings and then promptly asked them to please buy her a baked potato instead.

I cannot confirm the validity of this tale or even remember who divulged this anecdote. I used to drink, a lot. The potato/Streisand story may be utter bullshit but I really hope it is not. It’s such a wonderful example that demonstrates how a performer is able to connect with her audience, can accept a stranger’s admiration but can also retain control. Plus by the end of the story there are carbs. 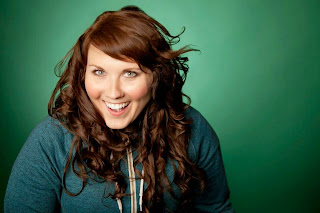 As a performer I enjoy a good post show audience interaction and as an alcoholic I appreciate the sassy potato retort. Complementary cocktails, free drink tickets and an ever looming bar at the back of the room is standard fare in the world of stand-up comedy and can cause loads of anxiety for sober comedians. Anyone who has found themselves in an AA meeting or passed out in a CVS parking lot surround by Twinkie wrappers knows that performing in bars is par for the comedy course. (PS thank you Julie for picking me up a six in the morning from said CVS parking lot.)

So what happens when you decided to stop taking the complimentary drinks? What happens when the art form (yeah, I called stand-up an art form) you immerse yourself in goes hand and hand with bar culture? What happens when the cold dewy beer bottle resting on the table next to you is more terrifying then telling your dumb jokes to a room full of strangers? Do you give up? Do you get a “real” job? Do you just keep drinking? Do you run back to the CVS parking lot and search for that missing Twinkie? Everyone makes different choices. I choose to stop drinking. 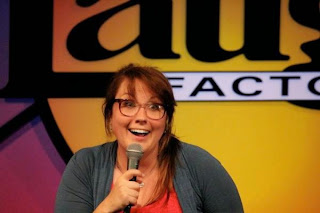 How I Stay Sober in Stand-Up

1.) Write What You Know
For a long time I wasn’t comfortable admitting I had a drinking problem. I choose not to talk about it in public let alone on a stage. Once I made this aspect of my life a part of my set I found that folks didn’t offer me drinks after shows any more. This also proved that some audiences actually listen when I speak. Bonus!

2.) Know Your Limits and Trust Your Instincts
This is different for everyone. Once the booze haze lifts you have to figure out what works for you. I learned that I don’t have a hard time being around drunk people but I do have a hard time being around excess alcohol. What does that mean? Hanging out backstage with comedians, easy. Hanging out at a bar with bottles of booze everywhere, not as easy. I have a hard time staying at comedy shows or open mics for more than two hours. That’s my limit. After two hours bottles start to look super sexy and I feel less in control. So when I don’t hang out after a show or don’t go to your open mic, it’s not you. It’s my ranging alcoholism. 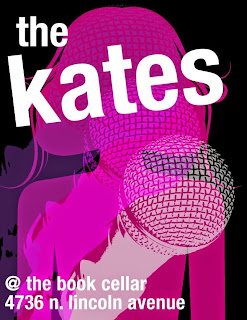 3.) Create Your Own Environment
One of the reasons I created the kates was because I wanted to perform without the distant clang of vodka bottles. A non-bar space helped me a great deal when I was newly sober. I don’t think I would have been able to remain in the stand-up world without the kates and The Book Cellar. I am still drawn to rooms with limited booze or where the performance area is in a separate space from the bar area. Now, am I going to say no to a gig because there is a bar in the room? No, I need the stage time. I’m not an idiot. I’m simply saying that if you are trying to stay sober it may be wise to stay out of the bars for a while and perform in bookstores. It also allows you to get more skilled at playing non-traditional rooms.

4.) Open Up To Your Fellow Comedians
The world of comedy is filled with wonderfully open and broken people. I made the mistake of not talking about my drinking issues with other comedians because I was dealing with my own disappointments, fears and guilt. Comedy can be a very healing community when you decide to simply be a person and have real conversations with other jokers. (Please note: Don't ONLY talk about your drinking problem. It’s like ONLY talking about your new baby. No one really cares as much as you do.) 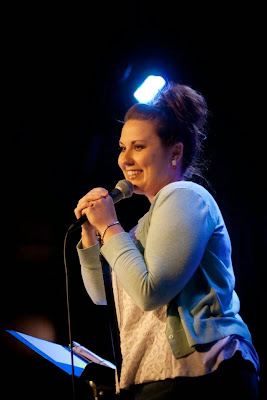 5.) Trick Your Brain, Constantly
I remind myself I’m at dang work. I’m not at the gig to drink, I am here to perform. That’s my job. How do I get better at my job? I like to give myself show goals. They help me get better and they also distract me from the drink I am not having. I’ll try a improvised riff or try a new act-out or talk to the audience or attempt to slow down and become more comfortable in silence. Fooling your brain starts to become a habit and sometimes you forget why you were trying to fool your brain in the first place. The energy I used to use to swallow all the vodka in the room is now poured on to the stage. That’s what professionals do. Stand-up is a job, not a social hour. I have to tell myself this often. I’m in this to get better, not to get drunk.

In the end, we’re all weirdos. Weirdos who can’t help turning our thoughts into scribbles and our scribbles into spit that flies onto microphones. I’m not going to let something like addiction stop me from becoming a better comedian. I’m also not going to tell you to stop drinking. I’m not an asshole. I am just going to keep showing up at the mic. I am going to keep doing the work and when I’m face to face with a drink and I feel out of control I’ll reach for a big ol’ baked potato. Better yet, I’ll look to my fellow weirdos and audience members and demand you buy me one.

Staff Writer - Kelsie Huff
Kelsie is a producer, writer, storyteller and stand up comedian based in Chicago. You can catch her performing at top clubs and showcases all over town (Zanies, Laugh Factory, UP Comedy Club)  as well as at her own showcase - the kates a bi-monthly show in Lincoln square.
Newer Post Older Post Home