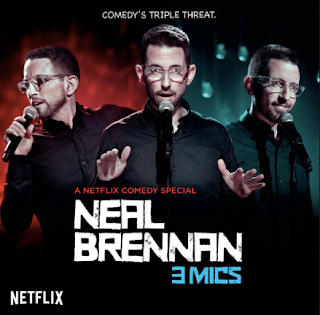 3 Mics is your newest, and most unique stand up special ever. What inspired this idea?

Well, before this I did a half hour and an hour for Comedy Central that I thought were good, but people largely ignored it. So I was like, “All right! I’m not doing that shit again.” I felt like I kept running into a brick wall. 3 Mics in some ways was kind of making my liabilities with strengths, in that I’m trying to explain to people that I’m not the “party guy”. Some guys on stage are like, “I’m a fuckin’ party guy!” [laughs] I’m definitely not that, so I wanted to tell people, “Here’s why I’m NOT a party guy.”

And, if I seem somber on stage, or if I seem low energy, it’s because I’m not fuckin’ joyous. You know what I mean? [laughs] A lot of people are joyous, but to me it was really pronounced how not-joyous I was. So I figured, “Let me just lean into that.”

When did you realize this about yourself?

Well, I thought it for a long time. If you watch my Comedy Central specials, I’m not heavy. If I was a basketball team, it was like I was trying to play up-tempo. Yet, I just wasn’t winning as an up-tempo comedian. 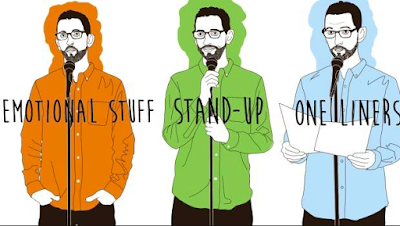 Whereas someone like Sebastian Maniscalco is maybe more "up-tempo"?

Right, and he’s fuckin’ hilarious! But, I’m doing different things. Your parents will NEVER get me. [laughs] They’re impossible. Which is why I figured, “Just let me do the show that only I can do.”

If you were to do another stand up special, is your goal to do it even more differently than the way you did 3 Mics?

Eh, I don’t know. I mean, I don’t have any more sad stories.[laughs] But, the good thing is that I made a lot of new fans. The funny thing is they feel a sense of pride about me now. It seems like now they want to see me do well, whereas before they were like, “Fuck this rich guy!” Or, they thought I was racist because I got in a fight with their favorite black guy, Dave Chappelle. I got in a fight with the ONLY black guy they know. [laughs] They hated me because I fought with my friend.

How is your friendship with Dave Chappelle these days?

Oh, me and America’s Sweetheart? [laughs] We talked today as a matter of fact. I did some shows with him in Europe about six months ago. 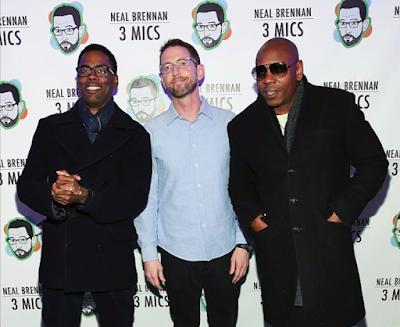 Is it possible Chappelle’s Show makes a comeback, but for Netflix?

It is not. You know? For what? I’ve never seen a reboot that I was grateful for.

Why do you think there are so many reboots nowadays? Is Hollywood running out of ideas?

Na, they’re just proven properties. Which is a good business strategy. It’s like, why start a new restaurant when you can just franchise a KFC? It’s not necessarily safer, but it definitely feels safer.

Do you think you’ll create another sketch comedy show again?

Eh, I mean I directed Amy Schumer’s first season, I wrote for Dave (Chappelle) when he was on SNL, and I also wrote for SNL when Aziz (Ansari) hosted. If I have an idea, I can just go and write for SNL. Which is a great position to be in, so I can’t say I’m hankering for that.

You started stand up after your success with Chappelle’s Show. Was that a weird transition?

I never felt it was that weird because I just wanted to be a comic. But other people were like, “You’re a rich and successful producer who is using that to get spots!” And yes, it did get me spots. But, it did not get me a second spot.

The Comedy Store didn’t pass me for like 5 years, I MC’d at The Laugh Factory for A WHILE. And, this was as the creator of Chappelle’s Show. People really don’t give a shit. If you can’t make them laugh, they do not give a fuck about your previous accomplishments. It’s democratic, which is great.

Long before you even had a career, do you remember fearing failure and the possibility of this not ever working out?

Yeah, of course! Barry Katz straight up told me, “I was SURE you weren’t gonna make it.” [laughs] Because I was like a weird, little dude. I guess it occurred to me that it was possible I wouldn’t succeed, but I also just felt like, “I’ll be all right.” Yet, I can’t say what it was that made me think that. I was always pretty funny, but I was shy. While working the door at a comedy club, I’d see John Stewart, (Dave) Attell, Louis C.K,. They weren’t famous yet, but they were CLEARLY hilarious. But then there were certain guys like Dave (Chappelle) that I could actually be funny around.

Is there anything in entertainment that you haven't done, but still want to do?

Eh, na man. [laughs] All I ever really want is to think of more jokes. I don’t pray, but if I do pray it would be for creative necessity. I want to be fertile, creatively. I want to think of ideas—that’s it. The winners in comedy, to me, are the people who are the happiest and who come with the most ideas.

I don’t care about scale anymore. Scale is just getting smaller and smaller and smaller. I dont mean about stand up, I mean for TV shows. You can have a TV show and no one will see it. FUCKIN’ NO ONE. I want to just start saying I’m on a TV show called X-Ray Techon CBS. [laughs] Just to see if anyone goes, “There’s no show called X-Ray Tech!” ‘Cause people just go, “Congrats! I heard it’s great!”

What are your thoughts on there being too much content out there today? 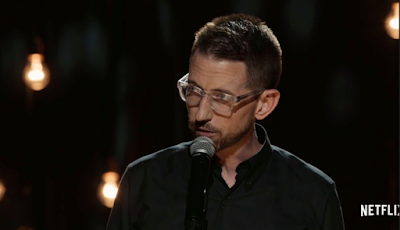 I mean, I’m glad. It’s a good problem to have. In terms of fame and all that, the fame I’ve gotten in the last year hasn’t really filled me up. It doesn’t feel like anything. The fun thing is doing a special that is well received and having it land with people. Having people message me about their depression and how my special helped them feel less alone. That is really cool. As well as feeling like I’m good. Unfortunately, attention is validating.

Do you ever think about legacies and how you will be remembered?

I don’t give a fuck about how I’m remembered. I can’t explain to you how little it means to me. I have a joke with a friend who says he wants to be remembered when he’s gone. To which I say that, “Even in death, you’re gonna be insecure.” What do I care what people think of me? If I had kids, I would care what THEY thought of me. I would want to be remembered as a loving parent who taught them values. But, why would I care what anyone thinks of me when I’m gone? It’s like having a currency you literally can’t use and doesn’t exist. You can’t enjoy that at all. What you can enjoy is having a good and happy life. That’s my only goal.