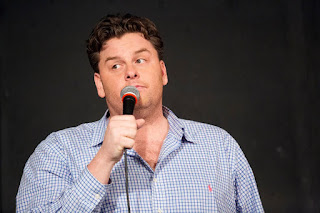 Tim Dillon headlines the legendary Zanies Comedy Club in Chicago all week. Dillon is a NY-based comic who was a breakout at the 2016 Just For Laughs Comedy Festival. Recently he won the title of 'NY’s Funniest' at the New York Comedy Festival. Tim has also performed on the Oddball Comedy and Oddity Tour, and was featured on NBC's Last Comic Standing, 'The Chris Gethard Show, Gotham Comedy Live, Comedy Knockout for TruTV, and season 2 of WYFD with Big Jay Oakerson

He is also the host of his own podcast "Tim Dillon is Going to Hell". Rolling Stone magazine recently named him one of the ‘Ten Comics You Need To Know and Tim’s Netflix quarter hour special on ‘The Comedy Lineup’ just debuted in July.