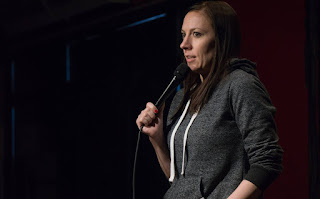 Former Chicagoan Emily Galati is a smart and not afraid to prove it comedian. Now living in NYC - Emily is known for her unstoppable wit, she brings together social awareness & sharp punchlines. Emily isn’t afraid to delve into jokes that are controversial — occasionally bruising some feelings along the way and then gleefully waiting for those shocked and chagrined reactions after delivering the punchline.

Emily has performed stand-up on the Conan on TBS, NBC’s Last Comic Standing, Comic’s Unleashed, Laughs, and Gotham Live. She has been chosen to represent Chicago in the "Best of the Midwest" Competition at Gilda's LaughFest, a semi-finalist in NBC's Stand Up for Diversity,and a finalist in the “Bob and Tom” Comedy Contest.