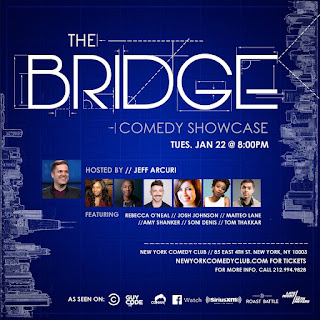 Just found out about this - so if you're in Chicago it's a bit late - but if you're in NYC - CHECK IT OUT. A bunch of former Chicago monsters who now live in New York City come together for a night of top notch stand-up. Some of the biggest names that got their start in Chicago - will be in this insane showcase, with a few NYC surprise guest drop ins.


It all takes place at the iconic New York Comedy Club (east Village location) If you're a fan of comedy and you are in NYC - you should be there.