Making his own lane: interview with Will Miles 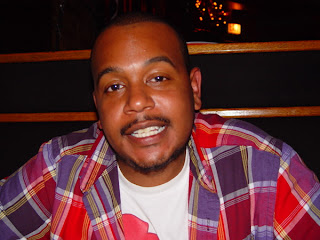 Last week Chicago comedian Will Miles performed a set at the Chicago underground comedy showcase at the beat kitchen on Belmont.  If you don’t know Will or have never seen him perform you should familiarize yourself with the cat. 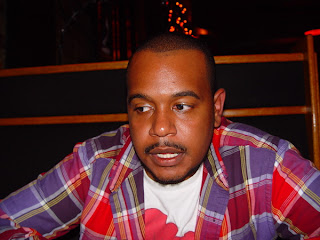 Not only does he produce a great monthly showcase along with Clark Jones Two black guys and an open Microphone, and helps produce a weekly Please enjoy yourself but he’s also one of the harder working comics around, I see this cat EVERYWHERE.  Big rooms small rooms and everything in between.

The guy is a workhorse and super personable.  He was cool enough to sit down with me after his set for an impromptu interview at the bar.


COC:  How did you get into comedy? 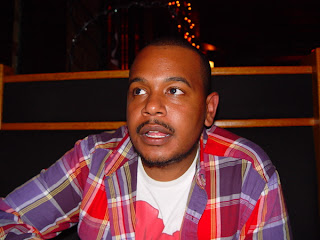 WM:  "Honestly, my parents used to put stand up shit on all the time.  Like Sinbad, I was always a big fan of Sinbad, we would always have Saturday night in the living room watching Sinbad whenever his shit came on.  Then I started to watch my own shit and I got into Daman Wayans, when I was 14 and he was talking about watching his son and how his son was growing up and was starting to jerk off and that was the point when I started to jerk off, so at 14 I was like this is the best thing on TV right now, and I watched that and I loved Damon Wanyans.

Then like two years later Dave Chapppelle’s “Killing Them Softly” came out and that just changed my whole life.  Cause I had watched these comics do shit and it was like “that’s good” but I don’t necessarily come from that background but Dave Chapppelle came from pretty much a similar background as me.  And I was looking at him like what he’s saying is amazing. He has twenty minutes on hanging out with his white best friend and it’s killing.  And he’s till coming from the black experience.  That was like mind blowing to me and he was like the best comedian I had seen at the time.  So I used to go to school and just imitate his act and people were laughing, and I was like shit maybe I should do my own shit instead of just imitating Dave Chappelle. So I got into some improv in college me and Clark and my buddy Glen did these improv videos, people came over and watched them and they were cracking up and we were like all right maybe we got a shot.  So I came back and I immediately started, cause I was like fuck the rest of school!  I’m done with school once I graduated from college.

So I came back and did IO and Improv Olympics for two years and realized I didn’t like improv, cause, I don’t know it just wasn’t for me. I enjoyed the aspect of you gotta make it up on your feet but my favorite part was not when we would get out there and act out a scene but when we would come out individually tell stories, and I noticed I was always gravitating towards the stories.  I didn’t like coming out for scenes but for story time I would just eat it up and I would get laughs so I was like maybe I should not do the acting part and just do the stories which is basically stand up, so after two years of doing improv I only performed stand up and  loved it, haven’t gone back since.  I wouldn’t change it for the world, I mean I like the fact I did improv first cause it put me in a place where it made me comfortable on stage and I was comfortable improvising during my stand up sets.

Then New York totally changed my whole life.  If you do enough set’s here in Chicago, your like “hey I’m pretty good” then you realize these people have seen you at open mics for so long that there not going to laugh at every joke you say because they seen it before.  So I went to New York for the first time and I did the ringers showcase where they make you bring 15 people, and killed it.  Then I got booked for “best of new talent” showcase maybe like two months later, and from then I just did a bunch or shows around New York and that just put me in a place where I'm like OK I’m doing it in New York, which was a dream for me when I started stand up cause I love New York, we were always going there when I was a kid.  I did Hannibal (Buress) show in New York at the Knitting Factory, hung out with him, saw his life and was like shit!, this guy is making money, he’s doing his shit.  Inspiration."

We continued to rap about comedy for another hour, the guy is going places, do your self a favor and catch one of his many shows before he moves to New York or LA.