Top Ten Chicago Comics I wanted to FÜ©K of 2011! BY Bill Cruz

Ladies and Gentlemen, the List is back! That’s right, it the Top Ten Chicago Comics I wanted to FÜ©K of 2011 !! Candidates are judged by both sexiness, and talent. In addition, no one from last year’s list was eligible for this year’s list. I will be releasing a name each day until we hit #1. Last year I also mentioned who did what sexy style to get on the list, but due to the extreme nature of what some comics did to get on the list this year, I will not be exposing who did what. Instead I will release what was done anonymously and just let people guess who did what!: 1 comic I saw shirtless. 1 comic was naked right in front of me. 1 comic was naked in a room I was also naked in. 2 comics sent me a dick pic. 2 comics are just amazing flirts. 3 comics I saw in their underwear.


#10. Eric Terman: He’s awkward, weird, adorable, and this year, actually started being funny! It’s been a real hoot to see this youngster improve from Open Mic barnacle to Showcase worthy. His technique and unique material evokes some Woody Allen, and some woody! This fresh new face has worked hard the past year and it has paid off with the #10 spot on this year’s list, so watch out gentiles, Jews are back! 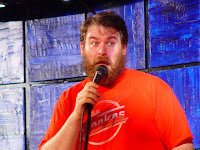 #9. Derek Smith:
This cuddle bear is one of the hardest working comics both on and off the stage! From being involved in the production of some of the major rooms in Chicago, to auto-falacio; is there anything Derek Smith can’t do? He wears his heart on his sleeve, his pens on his forearm, and his shirts on his torso. His comedy is daring and medicated, and rarely easy to speak. The Chicago Comedy Scene owes a huge thanks to this huge tank of a man, and I give thanks by putting Derek smith at #9.

#8. Andrew Halter
There is something definitely wrong with Andrew Halter: his warped sense of humor. This comic holds his own in the Chicago Comedy scene with his superb writing ability, remarkable timing, and some truly sick material. As far as I can tell, Andrew Halter is handedly more capable than most of his contemporaries. Props to a comedian who dishes it out as much as he takes it, and what a dish indeed. He’s no saint, but he’s unquestionably the Tim Tebow of Darts, and it’s no accident that Andrew makes his debut at #8.

#7. Kenny Deforest
The preacher of Chicago Comedy comes in at #7 heaven, and Jesus is he the complete package. Kenny has done more to spread the gospel of Chicago Comedy than any other entity this year. From pilgrimages to Missouri, testifying at SpeakEasy, and working Miracles on Twitter, he is definitely sanctifying the heathens who know not of Chicago Comedy. His hands-down delectable presence can be felt on almost every stage in town, so the next time you see him, get on your knees and give him praise. 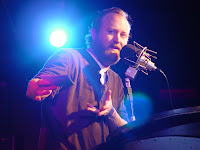 #6. James Fritz
Do you smell ash? That’s the Chicago Volcano, Mount James Fritz, who lies dormant most of the day until he hits the stage and erupts, spewing forth a plume of Kentucky Fried Thinkin, liberal amounts of observation obsidian, and sad clown fireworks. He can easily flow from venting debris of wit magma towards the upper crust at Chicago’s hot spots, to blasting cinders of life down on the groundlings at abhorred bar shows. With an album on the mantle, this cutie gets me inflated, and Fritz the Cattiest is unquestionably a 6 on the dickter scale. 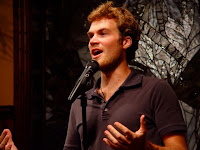 #5 David Drake
No other Chicago hotel hottie has inspired more legendary acclaim boners than The Drake. Where the Magnificent Mile Smile begins, this grand property affords guests damn properly ripped body has the ability to not only relive its unmatched history relieve whats been ailing me, but to rewrite their own also writes funny. The Drake opens the doors to a unique Chicago adventure my dreams, offering easy access to premier shopping, nightlife, and dining. his pants. Your My quintessential Chicago experience begins inside these walls his eyes with the elegance of teatime necessity of "me time" at Palm Court, if you know what I mean?! I just can’t picture him without a moose head! David Drake checks in at #5.

#4. Hank Thompson
WELLLLCOOOOME to #4 Hank Thompson! Man, can this guy Podcast away! Catch him if you can as the loveable host of Winner and Losers gives a wonderful look into the Chicago Comedy Scene with a hard edge often exploring the taboo. Some buddies worry when he has time for rest. Gumption and self-discipline serve Hank well, as he can get down at a bachelor party one week, and turn down hooch the next. Hank has also made quite a big splash on stage this year. His comedy is in a league of it’s with his unique style of toying with stories, and corny but hard hitting punchlines. And Hank, word around town is you got male! Keep doing that thing you do. Philadelphia.

#3. Mikey Manker
What a year this Fabulous Fox has had! From living in San Fran to the basement of the comedy magic house rented Drew estate, Mikey has flooded out hearts with his sometimes brutally hysterical life stories, and flooded his liver with Anheuser-Busch products. His comedy is a gateway to his virtuous soul, and you should beg, borrow, and steal to get your hands on his worthy comedy album. I found my thrill staring into those St. Louis Blue eyes and arched brows, watching this card conquer the Chicago Comedy Scene this year with pageantry. Knock three times… it Mikey Manker. 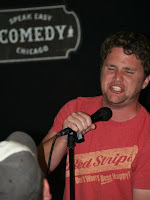 #2 Jeff Hansen
MMMBop! This comic moved to the big city this year giving up the three car garage in suburbs for west side 2 bedroom, and the shockwaves haven’t stopped. Some think he came out from the middle of nowhere, or from underneath a comedy bridge, but he’s been on the scene for a while. This time around, he has been boomeranging from stage to stage with frenetic energy and shout-it-out attitude which is captivating. He can definitely walk the walk, and I can’t think of too many other people I’d rather be snowed in with. Demanding that the world pays attention to Chicago Comedy, Jeff Handsome ranks in at #2!


Honorable Mentioned:
Unintentionally, a large section of the comedy community are absent from the consideration of this list, because I’m not straight. But no more! (no, im still gay) This year I have decided to include 3 honorable mentioned to honor those special ladies that just don’t turn me on enough to want to nail, but just enough to maybe watch someone else nail?
HM: Cameron Esposito:
A tour de force, Cameron has gained national recognition for not only her stand up, but also her awesome story telling show Side Mullet Nation! She is truly a Chicago Comedy Treasure. Take a bow girlfriend.
HM: Liza Treyger:
She’s hip, unapologetic, and ridiculously good hearted. Her comedy is brutal, but not just for the sake of brutality. It been awesome to see her shine this year! It apparently I’m not the only one who has noticed.
HM: Megan Gailey:
She is a lady, but yet the least feminine funniest friend! She has been taking on awesome projects all year, and looks like there will be no slowing her down next year! Watch out Andrew Luck!

#1. Matty Ryan:
He was the man this year! This international man of hilarity crisscrossed the globe, and my heart in 2011. Matty has definitely been working his tail off all year, with a great turn of phrase, and infectious smile, this ginger does nothing gingerly. Weather its crashing through roofs, or crushing on stage, he is definitely a Chicago force to be reckoned with. Fasten your seat-belts; it’s going to be crazy ride in 2012. He is one singular sensation.