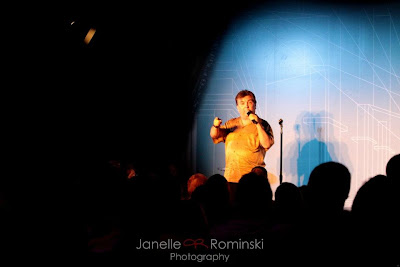 There’s a classic scene in the movie ‘The Shawshank Redemption’ (but aren’t they all?) where the hardened character Red played by Morgan Freeman is candidly speaking to the parole board, thinking he has no chance of getting released. He drops his guard and speaks from his heart how he wishes he could sit down with that punk kid who did the crime and talk some sense into him.

That’s exactly how I feel about standup comedy. Oh, how I dearly wish I could have even five minutes alone with that naive kid that was starting out on the comedy trail twenty-five years ago, so cocksure of himself - while all the time being so completely clueless. I could have helped him.

Maybe that’s part of the reason I try to be so helpful to the young comedians I meet now. There were precious few who went out of their way to help me when I started, but those who did put an indelible mark upon my comedy and my life that is still there today. I want to do that for others.

My first mentor was a gentleman named C. Cardell Willis. What a kind hearted giving soul he was. He hosted the Monday night comedy showcase at a jazz club in Milwaukee back before the ‘80s comedy club boom started. That was where I first learned the basics of how to be on stage.

Cardell had worked the “chitlin’ circuit” for years with people like Dick Gregory and Richard Pryor, but had decided to settle in Milwaukee and raise a family. He used to tell me stories about his life on the road, and they were like war stories - always entertaining but also a little bit scary. 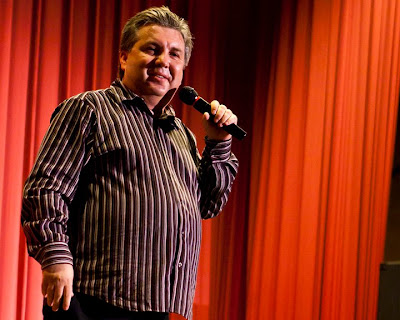 Years later, I ended up on the road myself. Two more mentors who helped me cut my teeth and learn the ropes were Gary Kern and Kyle Nape. Gary sometimes showed a salty demeanor on the outside, but it hid his gigantic heart. He was a total pro, and really helped mold me into one also.

Gary tragically passed away from a heart attack at the age of 36, and I can’t believe how young that sounds now. I was in my early twenties then, and to me he was an ‘older guy’. Life has ways of putting things into their proper perspective. Now I would call a 36 year old comedian ‘young’.

Kyle Nape was another great mentor and friend. He was a comic magician, and had started out in Toronto. He was a few years older than me, and had come from a corporate background. He’d learned the business side well, and taught me a lot of things that had nothing to do with comedy.

Kyle ended up leaving the comedy business and getting married and having a family. He went back to the corporate world, and has done very well for himself. As much as I love Kyle, he was not a ‘lifer’. I am. There’s nothing wrong with that, but we come from separate points of view.

On the writing side, my biggest mentor has been Gene Perret. There’s yet another kind hearted soul who is also a master at his craft. I’ve learned much both from his books and him personally, and I continue to do so even now. These are examples of quality people who have been valuable and precious resources at various points throughout my comedy journey. My goal is to offer my own experience combined with those I’ve learned from to help others who are starting to grow.