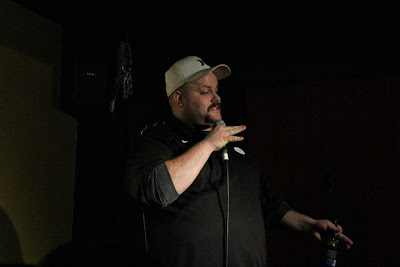 I want to preface everything I’m about to say with an admission. I love complaining. It’s one of my favorite things. It’s one of my family’s favorite group activities. If the Sierra family had a family crest it’d either be someone who should clearly be seeking medical attention saying “I’ll be fine,” someone making fun of strangers audibly in public, or someone complaining. All of that notwithstanding, after my first go-around hosting one of the more well attended open mics in the city, I have one thing to say.

Never complain about how long you have to wait for your spot again.

I mean it, because here's the thing. You could leave. There are other open mics, you could go kill time at one of them. You could go see a show somewhere. There are awesome shows every night in Chicago. You could even just sit there and think about your set, barely paying attention to what's happening around you. I only had to stay engaged for 4 hours. Doesn’t even sound long, right? Thing is, when you’re measuring four hours, while giving a light (to let a comic know time is up) every three minutes, it gets really fucking long. I don't know how Cameron Esposito and Adam Burke did it for so many years, or how Drake and Reena, Mike Joyce, Ken Witzgall and Kyle Scanlan continue to do it. 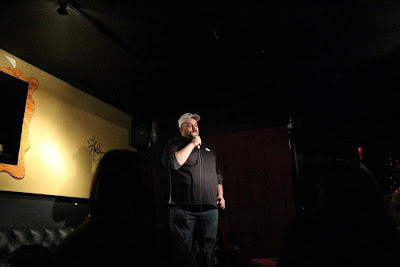 So, don’t complain, okay? Don't complain about the wait at Cole's, or that by 1 am you only get 3 minutes, don't complain about getting bumped a couple slots at Lottie's, don't complain about how you drew 35 at Sully's even though you came right at 8:30. If you don't like it, do comedy somewhere that isn't Chicago. Or start your own half pain in the ass, half public service, 100% labor-of-love open mic. Those guys are busting their ass and all they get is a little extra time, a couple free drinks and a guarantee they're going to have to put up with our shit for at least four hours a week.

And I want everyone to know the only reason I’m bothering to say this, is because I’m guilty, too. I’ve complained about the blue line running behind Cole’s. I’ve complained that I can’t get out of my show early enough to do any better than the late list at Lottie’s. I’ve complained that until 6 months ago I had never made it to the stage before midnight at Sully’s. I’ve done the thing we should never do as comics in Chicago. I’ve taken for granted the work someone else did for my benefit. New rule: Don’t do that.

Instead, show some appreciation for the hard work you don’t have to do if you don’t want to. You can start like this: if you run into an open mic host when you’re running around trying to catch sets, say thank you.