Stand Up Comedy In The 21st Century

As painful as it is to admit, I have finally become the cantankerous old curmudgeon comedian I used to make fun of and swore up and down I would never become. I don’t know how it actually happened, but it totally did. One day I just woke up and realized I was “that guy”. How sneaky. When I was starting out, I can remember hearing a lot of the headliners I’d get to meet whining nonstop about anything and everything to anyone who would listen. Since I was hungry to eat up all the inside information and learn all I could about the craft of comedy, I listened with interest. One after another, the veteran road dogs would piss and moan about a variety of subjects from how filthy the hotel they were staying in was to how early their flight out of town was after their week of shows was completed. To a greenhorn newbie like me, their attitudes came off as harsh. I couldn’t believe anyone who was making a living telling jokes would have anything on Earth to possibly complain about. They were doing exactly what I aspired to, and I couldn’t understand why they weren’t all turning cartwheels of joy in the streets celebrating their triumphant victory. 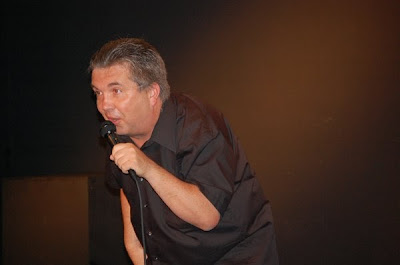 How naive and just plain stupid I was then. I hadn’t yet come to comprehend the complexity of the human animal, nor had I had any road experience of my own. As I came up the ranks myself, I got to experience firsthand how brutal an existence road life can be. It’s not for the squeamish. In one’s youth, the call of the open road can be intoxicating. It clamps a vise like steel trap grip around one’s soul and doesn’t let go…for a time anyway. There’s always a new place to see and new friends to meet and new stages to work. Being on the road was a calling, and I answered it. I came up the ranks in comedy clubs during the boom years of the 1980s. That was the golden era, and old croakers like me who experienced it remember how amazing it was. None of us had a clue it wasn’t always going to be like that, but sure enough like everything else it had to end. Or did it? I don’t think there has ever been an end to live entertainment - only periods of hot or cold. Times have changed as they continuously do, and live entertainment had to either evolve or exit stage left. Ever since the first caveman farted and the second one lit it, live entertainment has been in a state of continuous evolution. Smart eyes will watch for trends, but also study history.

As scary as it seems, I’ve been around long enough to see quite a few significant changes take place on the comedy landscape. I’ve seen it at the very pinnacle, and also at the deepest depth of despair. I’ve seen standup comedy in America as we know it evolve, and it still is. It never stops. The 21st Century has changed the entire playing field, not just in comedy but life itself as we’re used to it. Technology has taken over, and like it or not there’s not much we can do but climb on board and embrace it. The old schoolers like me are like blacksmiths when cars came along. We have to stop making horseshoes and start making car parts. If we don’t, we’re all out of business. 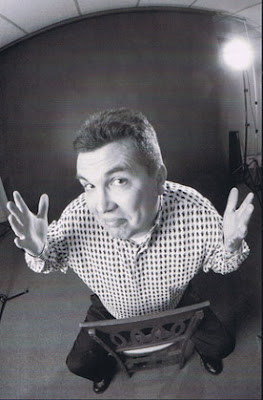 But what about someone who is starting out in the 21st Century? I can babble on about the ‘80s all I
want, but that’s not going to help someone getting in the game today. I realize that, and I am well aware that we are in a completely different world in many ways. Still, there are fundamental points that haven’t changed since caveman times and never will. Let’s examine a few of those. First, let’s look at the climate of standup comedy today. When I started, comedy was starting to get hot across America and I rode the wave as I came up the ranks. Demand was high and supply wasn’t, so I was able to bring in a livable wage as an opening act by the time I was 22 years old. There was plenty of work everywhere, as every two bit town in America with a comma in their population total had at least a "one nighter" if not a full time comedy club. Some towns had two or more comedy venues, and depending on the booking situation sometimes I could work them all. Did I get rich? No, but I was able to get out and learn my craft onstage and get seasoned on the road offstage. Constantly touring in one’s 20s is the rock star gypsy lifestyle for sure, and I loved every minute of it then. I had no idea it wasn’t always going to be that way, as nobody else did.

Nobody had to sell merchandise, because we could make enough to live on just by performing. Booking agents often had large chunks of territorial work, and with one phone call several weeks of quality work could be booked – and often twice a year. It really was an amazing era for us all. The 21st Century is nothing like that. Every halfwit hillbilly who has ever gotten free tickets to a comedy show thinks it’s easy money and wants to get their piece of the pie. Like the gold rush, visions of the good life attract hordes from all over looking to stake their claims. It’s utter chaos.

The comedy club scene is shrinking by the hour, and clubs that have been around for years are no longer the cash cows they once were. What used to be full week gigs have dwindled down to a night or two and one nighters that ran and were successful for years have vanished altogether. On top of that, the internet has made it possible for anyone anywhere to see any comedian that has ever stepped on a stage – for free. Why should anyone get dressed up, drive to a comedy club and pay a significant cover charge in addition to buying overpriced watered down drinks and bad snacks to see someone who may or may not be funny? They shouldn’t, and that’s the deal killer.

The paradigm used to be that attending a comedy club would be a fun experience. A customer may not have heard of any of the acts on the show, but it didn’t matter. Comedy was the product being sold, and there were enough good ones to keep the quality high enough to stay in business. It’s not like that in the 21st Century. Comedy clubs have to compete with many other forms of entertainment, and people want to know what they’re getting. Name acts are more important than ever, even if their actual act isn’t all that strong. People who buy tickets want to see a celebrity.

But what about someone who wants to get started who isn’t a celebrity?

(To be continued tomorrow with Pt. 2 - "Ten Tips for 21st Century Comics"

Contributing Writer - Dobie Maxwell
Dobie is a 25 year comedy veteran headliner whose toured major comedy clubs all across the nation and has made countless appearances on local and regional TV shows all over America.
www.dobiemaxwell.com
Newer Post Older Post Home