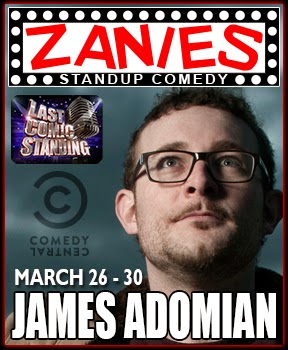 James Adomian is a risk taking joke monster. He's got major TV appearances (NBC, TBS, Conan, IFC), was a finalist on Last Comic Standing and his multiple characters appear as celebrated guests on several TV shows and the podcast world. He is a staple on Comedy Bang Bang! and guest stars on the new season of Children's Hospital. You can also catch James performing live stand-up and characters all over the country including @ Zanies all weekend long. We were able to get a quick phone interview with James in between his numerous PR stops while in Chicago. Really thoughtful guy. Check it out.

Comedy Of Chicago: James, you tour nationally & have multiple TV credits, but for those not familiar, how did you get started in the stand-up scene?

James Adomian: Well I started out doing sketch comedy and improv... well improv originally, way back, and then sketch comedy and characters for the first few years when I was getting started in comedy. I had done stand-up early on when I was like 23 and then I convinced myself that I  shouldn't do it (laughs) and then I got back into it because... Someone who meant a lot to me told me I should, and it was somebody that was kind of a mentor so I was able to ask a bunch of questions and be like "Hey! I don't like the way people usually do impressions  in stand-up" and he was like "This is why! Do it differently!" You know? And also it was an opportunity for me to talk about stuff  from my own life rather than you know speaking as a character because when your doing an impression or just a character your speaking only to what they would say, which can be really fun and great but I had this sort of build up of stuff that I wanted to  talk about. So I started doing a lot of stand-up consistently. Turns out it's a lot of fun and I don't have to drag costumes around.

COC: The improv scene is historically very strong here in Chicago, but many make the transition into standup, though not many stand-ups go into imrpov. How helpful is an improv background for those looking to try stand-up.

JA: I improvise all the time. If something goes wrong in my stand up I improvise. When new stuff goes right in my  stand up I improvise. I do a lot of improvising on podcasts, when I'm on like Comedy Bang Bang or the Sklar Brothers that's like all improvised. Yeah it's great, I'm really grateful to know how to improvise.  My Friend Brandon Johnson, is a really great improviser, he was at second city, he describes the ability to improvise as writing and performing at the same time and I think that's a great way to think of it.

COC: The open Mic scene is also strong here and is how most comics work out bits, how do you work out your new material. 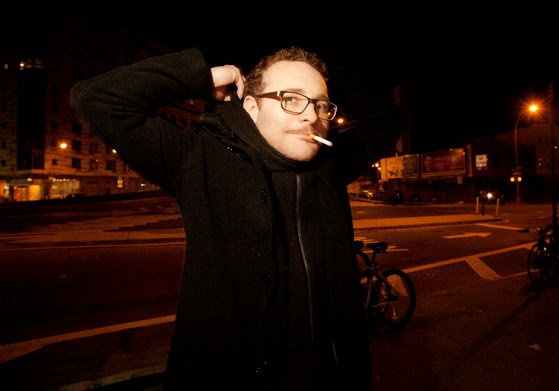 JA: Chaos. chaotic creativity I guess. I try out new stuff. I don't do a lot of mics but I do bar shows, you know or smaller sort of booked shows in L.A. or New York or sometimes even on the road and try out new stuff that's based on news or seasonal material or a new impression that might cut the mind, and I really do a lot of writing on stage, I find that I have to perform it for an audience to figure out how it's going to go well for other audiences

COC:  So feedback from the audience helps you decide which way to go with a bit?

JA: Yes definitely and I try not to let one audience determine whether something is awesome or terrible, I try to do it a few times. If something  works really well, keep trying it. If it keeps continues to keep going well then I end up doing it in my longer sets you know?

COC: Any Advice your young, up and coming comics?

And there you have it. Very nice guy. Be sure to catch James @ Zanies this weekend (Friday - Sunday)