No Ceilings - How Lil' Wayne Saved My Comedy Career 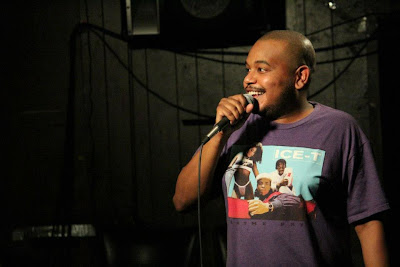 As comedians, we have a lot of personal things going on in our lives that are not funny at all. I feel like that is why we chose an art form that is focused on making complete strangers laugh and feel joy in their own lives. Aside from the obvious task and pleasure of creating comedic art for new crowds every night, many of us are also in this business for the therapy that comes from our public airing of grievances every night of the week.

The main source of pleasure and pain in my own life, is women. Most of my relationships with women are both fleeting and intense, so any given night in a week, I have a new issue ailing my brain before I am supposed to tell jokes to a group of random people. Everybody has their own issues that can weigh them down before a set. It's turning that weird, sometimes-negative, off-stage energy into positive, balanced, on-stage energy that changes an amateur open-mic'er into a sporadically paid Feature comedian. In no way do I think I am qualified to give advice, so I am not about to write a "how-to" article. I can simply tell you my story. The story of how a young Holly Grove rapper changed the way a young Boys Town comedian approached the stage.


For a number of years, I thought that professional stage presence, for me, would come from a joint or a drink before my set. After a couple years of watching enough weed-laced sets on replay, I decided I needed a new pre-stage ritual that wouldn't drag my show energy down and cause me to giggle uncontrollably during my set. My new drug...was the cadence, delivery, and flow encapsulated in songs by the self-proclaimed "best rapper alive", Lil' Wayne. Lil Weezy. Weezy F. Baby, if you will.

Regardless of whether I'm listening to Kids These Days, The Weekend, or Mobb Deep while I'm writing my jokes, before I hit the stage, the only things going through my head are the first three or four bars of a song like Mr. Carter's "A Milli." 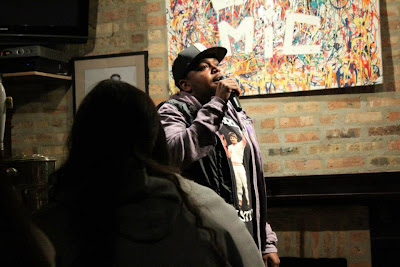 By the time I'm comfortable with my general set list in the back of a comedy club, my next task is always to make sure I hit the stage with energy, excitement, and confidence. Aside from his slow, Promethazine-induced, Autotune songs, most Lil' Wayne songs evoke these three emotions. Another comedian problem that I have is when I have to pretend that a joke I think may be old, feels like its new. And it's my job to make sure the audience feels like it's the first time I've said it. So before I hit the stage, I bounce up and down with a hard, uptempo, Southern rap beat in my head, while I recite rap lyrics in the slow, sing-songy cadence of the Young Money Ca$h Money Brothers (YMCMB) front-man, Lil' Wayne.

Not only does this get me so hyped up that I can't wait to hit the stage, but the slow, one-liner pacing of his flow helps me remember to slow my speech pattern down during my set. All of that makes me confident enough to deliver my act at my own speed, as comfortably as I can.

I am not saying this method works for everybody, but it certainly helped me out. I love comedy, and the art behind making myself better at it. In some strange way, the music of the shortest emcee in the game helped my art improve. So while I am definitely going through my set before I jump on stage, I am also dancing, getting in my zone, and repeating the line "I'm all about I, give the rest of the vowels back."

Special Guest Contributing Writer - Will Miles
Will is a comedian, actor, writer and producer killing it in NYC. If your in NY, Don't miss Two Black Dudes and an Open Microphone-  Thursday!