Sexism. Stand-Up. And the Power of Empathy. 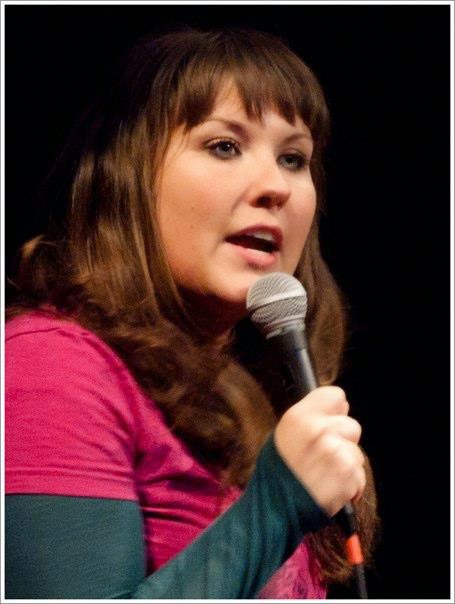 I do stand-up comedy in Chicago. I’m in bars, clubs and coffee shops a lot. Some men in bars, clubs
and coffee shops are bonkers. I have no empathy for men who are resentful of women’s negations. Some dudes can’t comprehend that women go out in the world and are not looking for male attention. If you are unfamiliar with this practice here are a few personal comments I have received from men at stand-up venues that may explain the sentiment in which I am referring:

“Here’s the red velvet cupcake you ordered. I like a girl who eats.”

Most dudes leave in a huff when this Huff says buzz off. I don’t understand. Why are you mad at me for saying no? I am not here to make eyes with you I’m here to shove this cupcake in my face and then act like a spaz on stage. Why are you giving me the “oh, she’s a crazy woman” look? I am not a crazy woman. I am saying no thanks to your weird rubber boot fetish. I am not the odd ball here. I’m at work. Leave me alone.

I never understood the other perspective until a month ago when I was on the tail end of such an exchange.

In between two stand-up gigs I ran into the silver, tinseled hula hoop bicycle man on the busy corner of Damen and Milwaukee and North Ave.  During my altercation with this shiny human I became the “Why are you here if you don’t want to talk to me?!” guy. And I learned something. 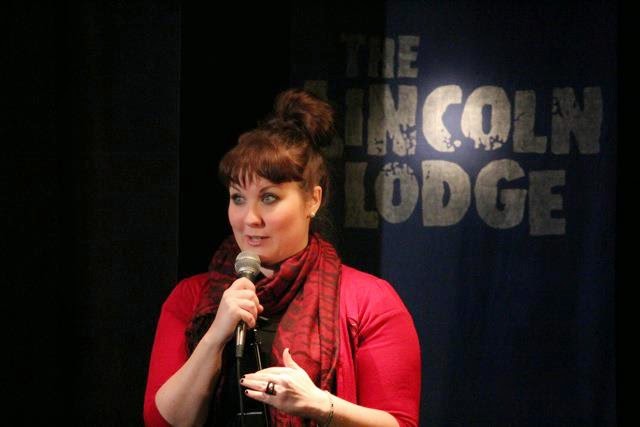 If you don't visit the west side of Chicago, the tin bicycle man is a Wicker Park staple. A month ago I was performing and in-between gigs I decided to take out my new camera (and was pretending I knew how to use it.) My goal was to capture the sights of a typical night as a Chicago stand-up comic.  I was taking shots of street graffiti and drunk people, because you know, ART! I was thrilled when the silver bike caught my eye. I started focusing my lens and prepared to snap some pics but Mr. Silver wouldn’t hold still. So I followed him across the street. I was changing my F-stop (Yeah, I finally figured out what that was) and as I raised the camera to my face the silver gentlemen said “Come on lady. Leave me alone!” I was stunned and mumbled, “Gawd. Sooooorrrry.” (Because years of improv training has really honed my snappy comebacks).

I was mad at him. Really mad. Thinking about his reaction made me more and more angry. If you are unfamiliar with my rage here are some of my thoughts that may explain the sentiment in which I am referring:

Why are you dressed like that if you don’t want attention? Why ride into a crowded late night area with tinsel on your stupid head if you don’t want people to take your fucking picture? Come on, you’re here for this. I know you are. Stop playing. You want your picture taken. Dummie. Okay, you’re crazy. That’s it. It’s not me. It's 100% YOU! You’re a batshit crazy person. You’re probably a murder and that silver tinsel is just a costume to hide all the bloodstains. And you know what? You think somebody else is going to want to take your picture? They don’t. No one wants you. NO ONE!!! I don’t even care that much you or your picture! Jerk-off. 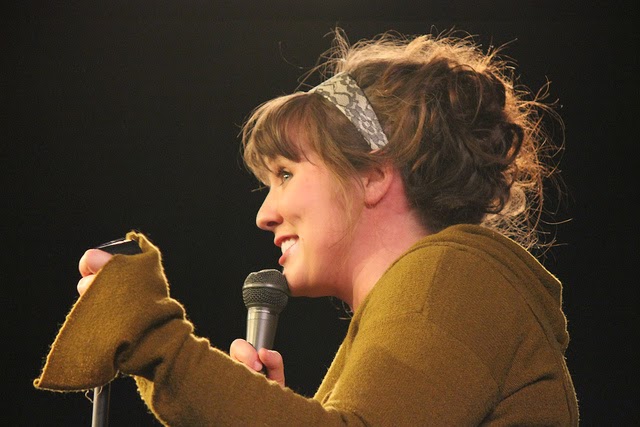 The truth is I was embarrassed because I misread the situation. Then I felt guilty because I acted like an asshole. I realized I wasn’t thinking about him at all. I was thinking about myself. I then turned those feelings into anger and blame because that was way easier than dealing with complex feelings and issues rattling around in my brain. Whoa, again. My bad. I want to apologize. I'm so sorry sparkly silver stranger.

I realized this may be how those “Why are you here if you don’t want to talk to me?!” dudes feel when I say buzz off at bars, clubs and coffee shops.  I get it. I felt it. I understood.

I also understand that empathy is not consent. Tinsel man has every right to refuse to have his picture taken in a public space just like I have a right to say get lost when male strangers talk about my cupcakes while I am preparing my set list. My new understanding doesn't mean I now WANT strange men to approach me. That’s not how empathy works.

I simply have a better understanding of how some men may feel. I have empathy where I didn’t before and isn’t that how real communication starts? And isn't communication the gateway to change? And wouldn’t it be grand if the “Why are you here if you don’t want to talk to me?!” guys learned empathy as well.

What I'm saying is, sometimes you need an interaction with a twinkly dude on the streets of Chicago to remind you how powerful empathy can be. Sparkle on, sir. Sparkle on.