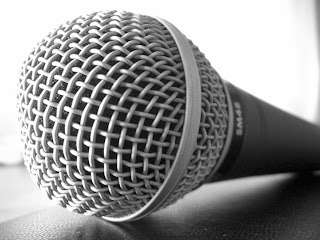 There are so many aspects of the entertainment business that have nothing to do with the actual act itself, yet end up having lasting impact on one’s career as a whole. They’re often very simple details which by all accounts should be classified as ‘common sense’- but that’s rarely common. The detail I'm referring to is TIME, not TIM-ING - as in comedic timing - that’s a whole other topic in itself. We’ll dig deeply into that sandbox in the future, but for now I’m talking about plain old time as in the clock on the wall or a wrist watch.

The reason I’m bringing it up at all is that as I write this I had an example pop up last night at a comedy contest I was a part of. I’m not fond of comedy contests as a whole and never have been, but again that’s another topic for another day. Something happened at the contest that I have seen happen countless times before, and it immediately let me know I needed to bring it to the table. It’s the simple matter of showing up on time. This can be a major issue with certain people, but there’s no reason it ever has to be. Part of being a professional entertainer is to know not only the time the show starts, but also what time you are expected to be there. I have heard actors refer to it as ‘call time’, and that’s fine. Whatever title you want to give it, you need to show up on time.

Punctuality is Peace of Mind

The situation last night was rather typical of ones I have seen happen over and over again. The show was scheduled for an 8:30PM start, but contestants were told repeatedly to be there by 7:30 at the very latest for a group meeting with the show’s producers to go over details of the event. There were a lot of things to go over like how the judging would take place and where the light to signal one minute remaining was. It wasn’t complicated and the whole thing only lasted about ten minutes, but it was important for us to know as contestants and I see why they had us come.

I can recall three separate times when I was informed of the 7:30 meeting during the last week. I had both a call and a text message from the club manager, and also an email from the producers of the event. Not only that, it was clearly listed on the event’s website. There were no surprises. Wouldn’t you know it, there was one contestant who wasn’t there for the meeting. He ended up getting to the club about 7:50 – just a few minutes after the meeting had ended. He had some sad story cooked up about how he had to drive in from all the way across town and that traffic was a nightmare but he needed to stop and drop his mother off at her heart doctor and blah, blah, blah.

The show’s main producer and he went into a back room and before long we all heard shouting and then the door opened. The contestant came out first and stormed off, and the producer calmly informed us that there would be one less contestant for the show. Not one of the rest of us was in any way upset in the least, and the show went on fine without him. Actually, I happened to win.

It’s Not That Difficult

The point I’m trying to make here is the only one who was even the least bit upset was the guy who got booted. The producer wasn’t angry in the least. He told everyone to be there at the time he named, and we all knew it – even the guy who wasn’t there. He missed it, and it’s all on him. Could the producer have cut him a break and let him slide? Sure. The ‘meeting’ was really just a brief run through, and only took a few minutes. It wouldn’t have been a big deal for somebody to walk the late guy through and move on. But they didn’t. And he was out. And nobody cared. I happened to win the contest this particular time. Could the other guy have beaten me? Maybe he could have, but we’ll never know because he wasn’t there to even have a chance. This kind of thing happens all the time, and I’m sure the guy thinks he got screwed over. He screwed himself.

Bert Haas is the booker of Zanies Comedy Clubs in Chicago. He has a ‘Rising Star Showcase’ a couple of times a month on Monday nights so he can see up and coming acts in person. Before those 8:30pm showcases, he has a 7:30 meeting with everyone going up to tell them exactly what he is looking for as far as time, content and the like. I can think of no other booker who does this. That being said, once every two or three showcases someone shows up a few minutes late. Bert is never angry, but he politely tells the comic he’s off the show for the evening and continues his presentation. Even if it’s 7:31, the comic is out of luck. I’ve seen it happen with zero exceptions.

I have often been the host of those showcases, and had the comic who was booted complain to me about how ‘cruel and unfair’ Bert was in doing this. I can feel a bit for the comic at times, as I have been in situations where sometimes being a few minutes late is unavoidable. But again, if a booker or club owner or anyone else running a show makes a deadline – it’s their prerogative. I’ve talked with Bert Haas about this at length, and his reasoning is simple. ”Hey, I’m trying to find acts I can depend on. If they can’t be at work by 7:30 at night, there’s a problem. How could I know they’re going to show up at an actual show if they can’t make it on time for a showcase?”

I can’t find any holes in Bert’s argument, but even if I could he’s the one in charge and he has the right to do things as he pleases. Everyone else does too. If they want the acts there at 6am for calisthenics and a yoga session, they can do what they want. It doesn’t matter what the reason is. I’m sure there are aspiring comics in Chicago that blame Bert Haas for ‘ruining their career’ or ‘keeping them down’. I wouldn’t doubt the guy from last night who was shown the door is still a bit salty about it today and blames the producer. This is insane, but I’ve seen it over and over for years and years. I know it will never end, but it doesn’t have to be you. Let someone else blow it.

Another thing to talk about is reputation. If you build a reputation as being reliable, you’ll earn some leeway when an emergency actually does happen – and they do. If you’re known and liked, people tend to let things slide. Be smart, develop good habits. Punctuality is a worthy aspiration. 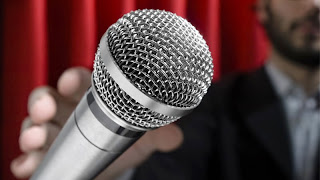 Another crucial part of proper time management is being aware and accurate with your time on stage. This is another potential career killer that doesn’t have to be an issue but unfortunately has to be brought up because a certain percentage of idiots fail to get it. They think they’re special. Sorry, NONE of us are special – at least not starting out. Everyone needs to learn to stick to the exact amount of stage time allotted, no more and no less. That’s another part of being a pro that’s not going away any time soon. The sooner you ace stage time management, the better you’ll be.

Most comics starting out get five minutes. That’s about all anyone can handle at the start - even if he or she thinks they have “hours of material”. Sure. And I can “make love all night”. Let’s get real and stay there. It’s ok to make things up for your show, but for business there are no jokes. You need to DO YOUR TIME - whatever that is. If you’re slotted for five minutes, make sure you know how long that is. Also, make sure you know how a particular venue might signal time to performers. Most places have a ‘light’ of some sort, but you need to know exactly where it is.

I was on a national TV show recording once, and nobody told us where the time warning light was located. We were instructed to do six minute sets, but the first act up went way long because he had no idea how long he was up there and didn’t see any lights. He ended up going way over, and that made it difficult for everyone else. There was no excuse, so learn to keep time yourself.

The best way to infuriate as many people in the shortest amount of time is to be what I refer to as a ‘time bandit’. Other people have other names for it, but none of them are complimentary. What I’m referring to is the loathsome practice of going short when the audience is bad and going long when they’re good. This is a great way to torch your reputation in a hurry, so think before doing. It’s not so much an issue at the very start, but it does happen. Five minutes isn’t very long, so it doesn’t make a big difference if one goes a bit short or a bit long. It takes a while to master stage timing , and we’ve all made mistakes. That’s acceptable, but those who are abusers tend to make themselves known early in the game. Don’t change time depending on the crowd. Be consistent.

If there’s ever a doubt as to when to leave stage, 99.999% of the time you’ll never go wrong by erring on the side of going short. On rare occasions, there will be times you’re asked to go longer because an act is en route and has been delayed, but that won’t happen until later when you have more experience. Most newbies would never be put in a position to go longer than five minutes.

But as one rises up the ranks, time constraints can be an issue. Comedians are impatient when a fellow performer goes long, and I can’t say I blame them. Stage time is hard enough to get, and it isn’t polite to go over yours and into someone else’s. Trust me, it’s way better to go a bit short on time and do just ok than it is to go way long and kill. This is comedy etiquette you need to know.