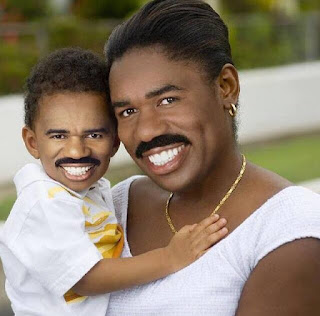 OK, so I'm gonna talk about my Experience on the Steve Harvey show. First off, I'm a fan of Steve's. He's the best Family Feud host ever, his comedy is terrific, and he seems like a good dude. I can't imagine any of these following things are his fault in any way. I blame the staff of his show.

A comedy Facebook group I'm in had a post about getting 10 male comedians for Steve Harvey. It was an "all comedians" group so I expressed interest. After signing up and confirming, and being told "we can't have cancellations" I realize it was just to be in the crowd. OK cool, I'll do that anyway. Steve Harvey is awesome.

The time commitment was 9-2 and you could dress casually. Over the last month of confirming I was sent emails what seemed to be every other day. Questionnaires, surveys, and things demanding I reply just to confirm. All of which I engaged with like a champ.

The email was to serve as my ticket, and as the weeks continued the emails got more strict. You are now to dress in business professional stuff (middle of Summer) and now it's 9-3. Then it changed to 8-3. Then it changed again from line starts at 7 to 3. Additionally the email no longer served as my ticket. I had to go into the city to pick up a ticket, it was the only way.

At this point I'm a little frustrated because of all the changes, but I said I wasn't going to cancel and I was keeping my word. They were going to feed us a "light breakfast" and lunch. We were to also get a special Steve Harvey goodie bag for this single episode of the show.

I'm use to seeing 100-200 people on the show, so much to my surprise there was a line around an entire city block of dapper dudes when I arrived yesterday. I waited in line for 2 hours just to get inside. I was up in the nosebleed seats, which again is fine. None of us were on the show, nothing we did really mattered. Reuben, Steve's "hype guy" was constantly lying the entire day. There was no breakfast and I only got a bottle of water because a few guys I was waiting in line with saw me and handed me one they found to drink. I later learned that there was an upstairs hallway with bananas in it. It was too late by this point.

They didn't feed us the entire day. So I ate nothing from 7AM-5PM and they finally let us out to a Firehouse Subs box, it was good, but not considering I waited the entire day to eat. 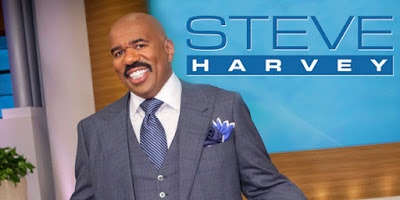 Did I mention they let us out at 5? Yeah not the 9-2 originally promised, this turned into a 10 hour day. The filmed a 2 part episode, which we were never informed of before walking in the door. Additionally they filmed a bunch of extra stuff like TV one liners, and more. The room got really tense, as the audience involvement that was originally promised was pre-determined and everyone in the balcony was really just there for decoration. Everyone was hungry and all we kept hearing was "one more take"

10 hours no food, I didn't win any prizes (if we knew it was 2200 other people we were competing with, people would have backed out) which is fine. The "Special Steve Harvey Goodie Bag" was actually just an envelope with 3 drink coupons for Chicago Bars and a previously promised 1 month gym membership to a gym I've never heard of. Nothing more, nothing less. I don't live in the city, so that does me no good.

The staff seemed really unapproachable to field any concerns. I felt guilty using the bathroom once all day, because they kept saying (stand up and stretch but stay in your seats). It was nothing at all like was advertised, and I have all the emails to verify. I felt really disrespected and realize it was all just a misleading ploy to fill that audience. 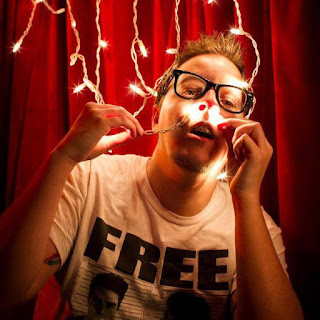 I've had people tell me they had good experiences on the show, and I'm sure that's the case, it's very possible that the shitty treatment yesterday was a fluke. It still happened and it still sucked. To those of you who "backed out" consider yourselves lucky.

I don't expect handouts, that's not what this is about. When I am offered something, and when I am told a specific timeline that I'm expected to give my time to, I do expect professionalism and for those details to stay consistent.

After the experience, and after speaking to a producer on the phone, my impression of Steve Harvey isn't changed. I think he's a great guy and very hard working. I think this type of event was new for their team and they faced unfamiliar challenges. It's important to consider these mentioned experiences because if you consider giving your time to this, this could easily happen to you and as a comedian, I could be spending my time doing more important things. At the end of the day, show business is show business and your time when you're one out of 2,000 plus people isn't a high priority. Go to have fun, and have no expectations at all, and you might even have a blast.