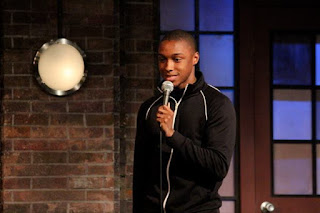 Josh Johnson has performed across the country in festivals such as the New Orleans Comedy
Festival, Snubfest, Orlando Indie Comedy Festival, Big-Little Comedy Festival, Cleveland Comedy Festival, and Epic Fest. He was a semi-finalist in NBC's Stand Up Diversity Showcase and is currently an ensemble member of Under The Gun Theater here in Chicago. Along with being a regular at the Chicago Laugh Factory, he is a writer for Empire News.

Fresh off of winning the Devil Cup comedy contest, Josh is leaving for New York to further pursue his comedy career. His final show will be at The Attic Showcase at Under The Gun Theater tonight at 9:30. 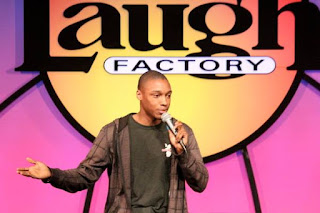 You won The Devil Cup this year! What was the contest like? How much time was needed to prepare for the whole thing?

It was really nerve-racking. From my perspective, you didn’t really get to enjoy it as a festival because you go up and do your best, and then you just wait—which is the exact opposite of how stand up goes. It’s hard having your comedy be judged by someone other than the audience.

Are you moving to New York because you won?

The plan was to already move to New York, but since I had never been before, the festival was a good excuse to go. I was all about discovering New York since it was my first time going. And, it was a lot of fun, and I was really happy to be part of it.

How did you know that it was the right time to move to New York? 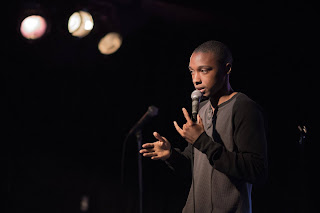 How would you compare New York from Chicago?

I think of Chicago as home. New York is like this grad school stage of comedy. You can only get better there because it’s so much harder there. Here in Chicago, you get to grind in a way that is livable and manageable. You get to do real time at mics. And, you get to make friends here.

What does the Chicago scene have that the New York scene doesn’t?

Everyone gives Chicago a hard time because it doesn’t have much industry, but I think that’s what makes it special. I don’t find myself in competition with anyone here. I feel like they’re all my friends who want me to succeed as much as I want them to succeed. Everyone may not be friends here, but you do get to make family here. And, I’m not saying that isn’t true of the coasts, but out there I could understand why someone wouldn’t help me because it’s all there.

What are your goals for New York?

Obviously, I’d love to be passed at a bunch of places, but it’s the same goals I had when I came here: I just want to get up every night. I want to be doing good work, and I want to be funnier. I don’t want anybody to ever question my merit. Even though it isn’t based on fairness, I want everyone to know that I worked hard and that I worked smart. 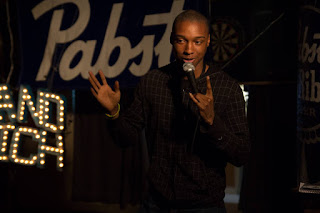 How do you deal with the frustrations of comedy?

I was reading Marc Maron’s book “Attempting Normal” and he summed up everything about frustrations in comedy. For instance, comedy is not a meritocracy. That is something you just have to get over. There are plenty of people in varying degrees—from open-miker to a guy who sells out The Vic Theatre—of whether or not they should be on stage. That will always remain. You know your own hustle, you know what you need, and you know how to get better. Even if you don’t think you know, you do.

Why do you think comedy can be so frustrating?

Another thing that leads to the frustrations of comedy is that there is no clear path. I’ve had the feeling of, “I am working so hard, why don’t I have more?” But sometimes you don’t need to do more to have more, you need to do different. If you can out-work everyone, you literally have a leg up on everyone. Everything after that is just about working smart, and then working hard is even more beneficial.

How important is hanging out after mics or shows? 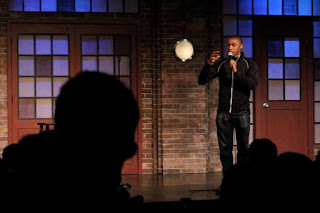 What’s the best writing advice you can give younger comics?

I think putting bits to bed after you know they work is one of the bravest and hardest things to do, because when you’re bombing you want to get out of it. But, if you wrote a new 15 minutes in the last two weeks, you need to do those 15 minutes so that those new 15 minutes can become your hot, tight 3 minutes.

If new material isn’t working, should you save yourself by doing stuff that works? Or should you keep working on the newer stuff no matter what?

Eventually, peoples’ opinions hopefully fade away from your process and what you do. I have times where I write stuff that I’m so excited about, but then I get out there and it’s not quite what I want. In that moment, I feel like I should do something that works so I can save myself, but I say, just don’t. It’s a mic. Or, it’s a show that doesn’t have any industry at it. You want to be so hot when you’re really being seen, that no one can touch you. And, the only way you’re gonna get there is by treating everything like practice. So many people get caught up in menial things, but if it won’t matter toward your comedy career in a year, then it probably won’t matter right now.

Is there such thing as treating stage time too much like practice, and building a bad reputation because of that?

Definitely. There’s a half and half. But, there are newer comics who don’t understand the purpose of a mic. They see people bomb at mics and think that that’s who they are. But, it’s like, “No, this is everyone’s practice, go see them at a show.” So, that is on them. What can be on the comic is sometimes giving themselves too much of a saving grace on how it went. Record your sets and listen objectively to what happened. ‘Cause you can think you bombed, but it really wasn’t that bad. Or, you can think that you destroyed and you listen and realize it wasn’t like that at all. There’s no better feeling than feeling like you did well, and then watching the tape and actually seeing that all your jokes truly worked. 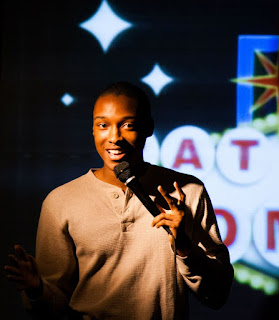 How much / how little does it matter what people think of you?

Only you know if you’re gonna be doing comedy in 5 years, 10 years, 20 years. And, in 20 years from now there will be people who were phenominal, who quit. So, it doesn’t matter what anybody thinks of you except for you.

How important is it to play to the crowd VS being yourself no matter what?

I think the balance lies in the fact that you know what’s funny to you. It should never be because you think it’s gonna be funny to them. ‘Cause then, you’re just in limbo. If you are just saying things to impress a crowd of people that you don’t know, that’s when stand up becomes the scary thing it is to outsiders. I hate when people feel like they need to be a certain way for a certain crowd. Just do whatever makes you laugh and whatever makes you feel good about doing stand up.

How do you deal with negativity? Is that something you encounter?

If anyone’s hating on you, you’re probably doing something right. Unless you’re just a genuine racist open-miker. [laughs] But, if you get something and you start getting some shade, it’s almost validation. I don’t look forward to it, it always makes me sad because then you find out that people weren’t as cool as you thought they were.

Let people know how important they are to you. Tell everybody that you love them, all the time. People never hear it enough. We lost Michael Shapiro this year and I know for a fact I never told him I loved him, and I for sure don't feel like I let him know how funny I thought he was. In that respect I failed him as a friend. He was kind and loved the scene more than it loved him back sometimes and that's a testament to someone truly remarkable. So any positive thing you think about someone please let them know. Sometimes vibes aren't enough. Let them know you appreciate them, that you think they're funny, and that you're glad they are here. Just do that for someone once in a while.
Interviewed by: David Gavri
David Gavri is a stand-up comedian, writer and founder of the online comedy sites Gonzo Fame and Comedy Scene in Houston.
Newer Post Older Post Home